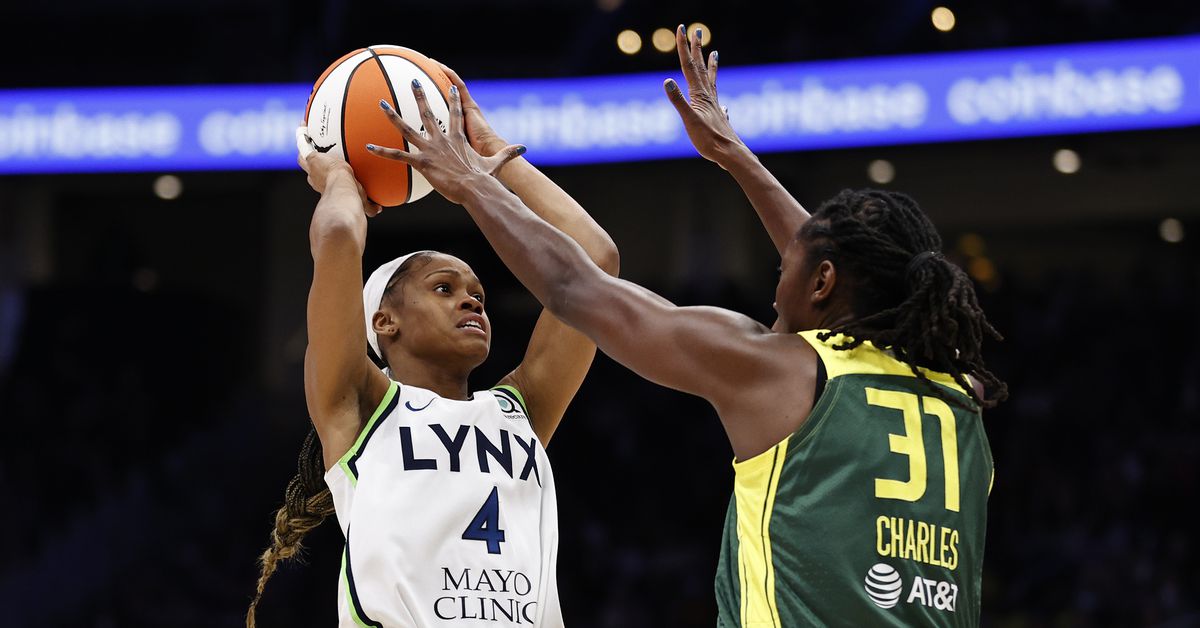 The Minnesota Lynx let the Seattle Storm get off to a 12-0 start, trailed by as much as 29 and eventually lost 89-77 on Wednesday night at Climate Pledge Arena in Seattle.

With the loss, the Lynx fell to 12-20. They are now 1.5 games back of the eighth and final playoff spot with four games to go.

On Wednesday morning, it seemed like Minnesota was in a good position, having won two in a row and being just a half a game back. But later that day, the Atlanta Dream (13-18) faced the Indiana Fever (5-28) and the New York Liberty (13-18) faced the Los Angeles Sparks (12-19). Both the Dream and Liberty, who are now tied for seventh and are the teams the Lynx are chasing, won, while Minnesota had to face a top-tier team in Seattle (20-12). The difficulty of their schedule simply caught up to the Lynx, as the Storm showed no mercy in their quest for home court advantage in the first round.

Breanna Stewart went off for a season-high 33 points to go along with eight rebounds, five assists and two steals. Jewell Loyd added 17 points and five assists, Gabby Williams had 13 points, six boards, four helpers and three steals and Sue Bird was good for 13 points, four boards and six helpers. The Storm shot 50 percent from the field and 44 percent (11-of-25) from deep.

“I think we probably played one of our worst games so far,” said Lynx forward Nikolina Milić, who led Minnesota with 13 points to go along with her six rebounds. “And we just were not disciplined in everything we talked about in the locker room we didn’t get done on the court. Like they scored on us on every level. We didn’t stop their fast break and we were talking about that. We were talking about getting them off the 3-point line, they’re a shooting team. And they scored eleven 3-pointers. And they had a really high percentage, they scored a lot of points in the paint. I just think we didn’t do anything that we were supposed to do to try to win this game.”

The game was Sylvia Fowles’ last in Seattle and she was honored before the game before scoring 12 points with six boards and two blocks.

The Lynx face the Dream next, on Sunday in Minneapolis. They then face the ninth-place Mercury (13-19) before closing with the Storm and Connecticut Sun (22-10). Those last two games will be difficult and Seattle and Connecticut will likely still be battling for seeding.