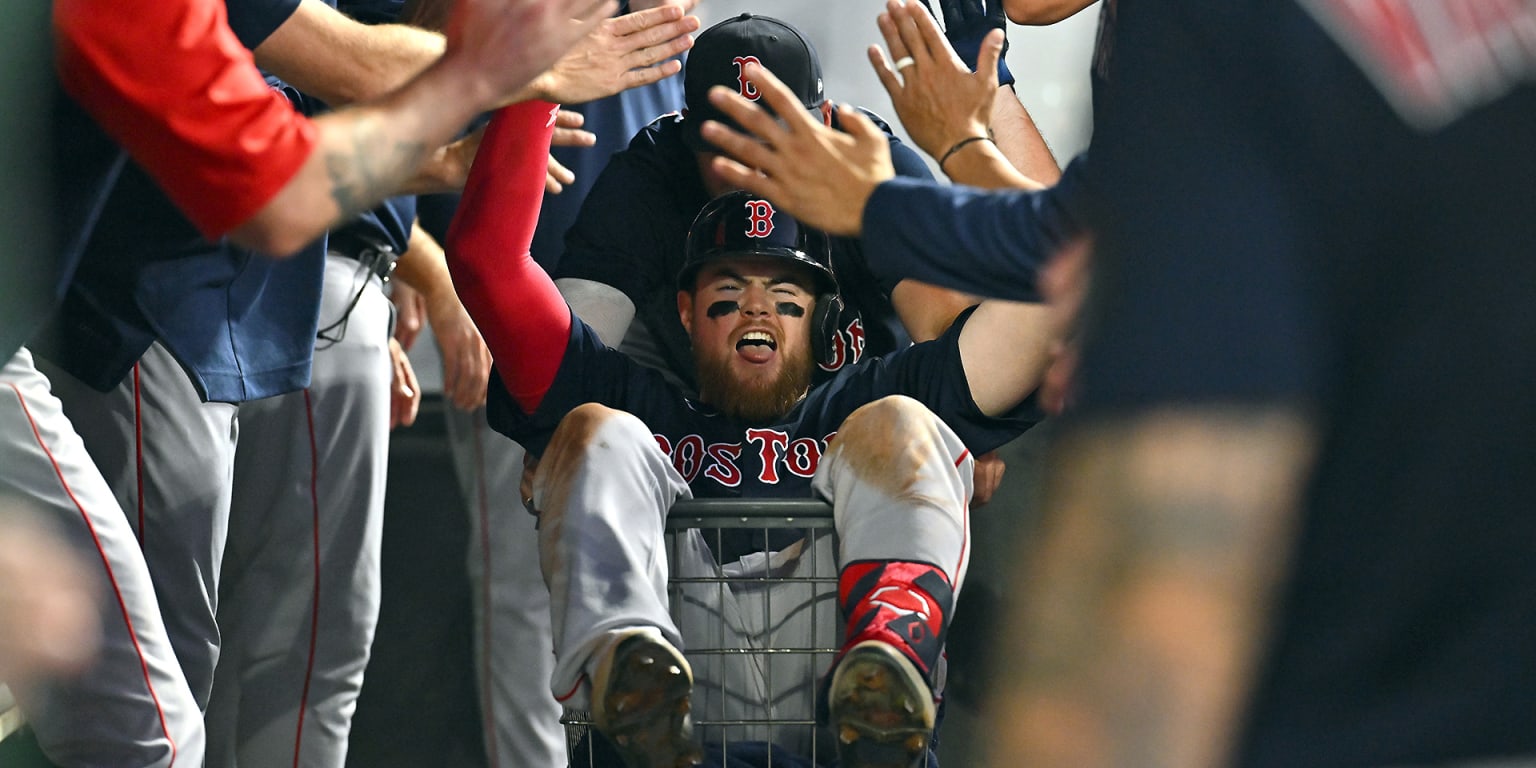 On June 15, Arroyo was placed on the COVID IL. He isolated in Boston, went on a rehab assignment with Triple-A Worcester and was activated prior to Boston’s Friday night tilt against the Guardians.

“I’m kind of used to the whole coming back from rehab thing,” Arroyo said. “The biggest thing is coming here and relaxing. Obviously one through nine, we all try to impact the game one way or another, so it’s just staying within yourself and keeping the line moving.”

Arroyo, who opened the scoring in his first at bat back when he was nicked on the arm by a Cal Quantrill pitch with the bases loaded in the second inning, launched a cutter from Bryan Shaw 405 feet into the Progressive Field bleachers in the seventh inning to stake Boston to a 4-2 lead.

With Xander Bogaerts given a routine day off, Arroyo, who played one inning with Cleveland in 2020, got the start at short, where he showed that the time off didn’t impact his glove either. In the third inning, Arroyo made an impressive sliding stop up the middle, tagging out Amed Rosario after he overran second base.

“He showed off the instincts to tag the runner there; he played a great short,” manager Alex Cora said. “It seemed like he was able to slow it down at the plate as well, and put a good swing on the ball on the homer. He brings energy every day, we like him a lot.”

On the mound, Nick Pivetta continued his strong June by scattering two runs over seven innings against a red-hot Guardians lineup. After loading the bases in the second inning (and subsequently giving up an RBI single to No. 9 hitter Myles Straw), Pivetta settled in, with his only other mistake being a home run to Andrés Giménez﻿.

“I was staying ahead of them most of the night,” Pivetta said. “I had a couple of miscues, but I was able to attack the strike zone and it just went the way it went.”

Friday marked the eighth time in nine starts that Pivetta was able to go longer than six innings, and the seventh time he threw more than 95 pitches in a start.

“I think the consistency has helped me get comfortable in those situations, to prepare myself to go deeper in baseball games and have the right game planning,” he said.

An inning after Arroyo’s RBI hit-by-pitch opened the scoring, Rafael Devers smashed his 17th home run to give Boston a 2-1 lead. Those runs were the only damage Quantrill allowed, as the rest of Boston’s runs came against the Guardians’ vaunted bullpen. Despite Cleveland entering the game with the third-best bullpen ERA in baseball (2.94), the Sox were able to score four runs off Cleveland’s ‘pen, with Rob Refsnyder and Alex Verdugo adding RBI doubles.

“They’re really good at what they do,” Cora said. “We put up good at-bats, and we controlled the at-bats the whole game.”

The Guardians threatened and loaded the bases with one out in the ninth inning against Tanner Houck, but Houck was able to walk the tightrope and retire Rosario and José Ramírez.

“They do that to a lot of teams, but [Houck] was able to make some good pitches,” Cora said. “You’ve got to give some credit to Christian Vazquez behind the plate. Tanner’s stuff is good … we were able to pitch to our game plan.”