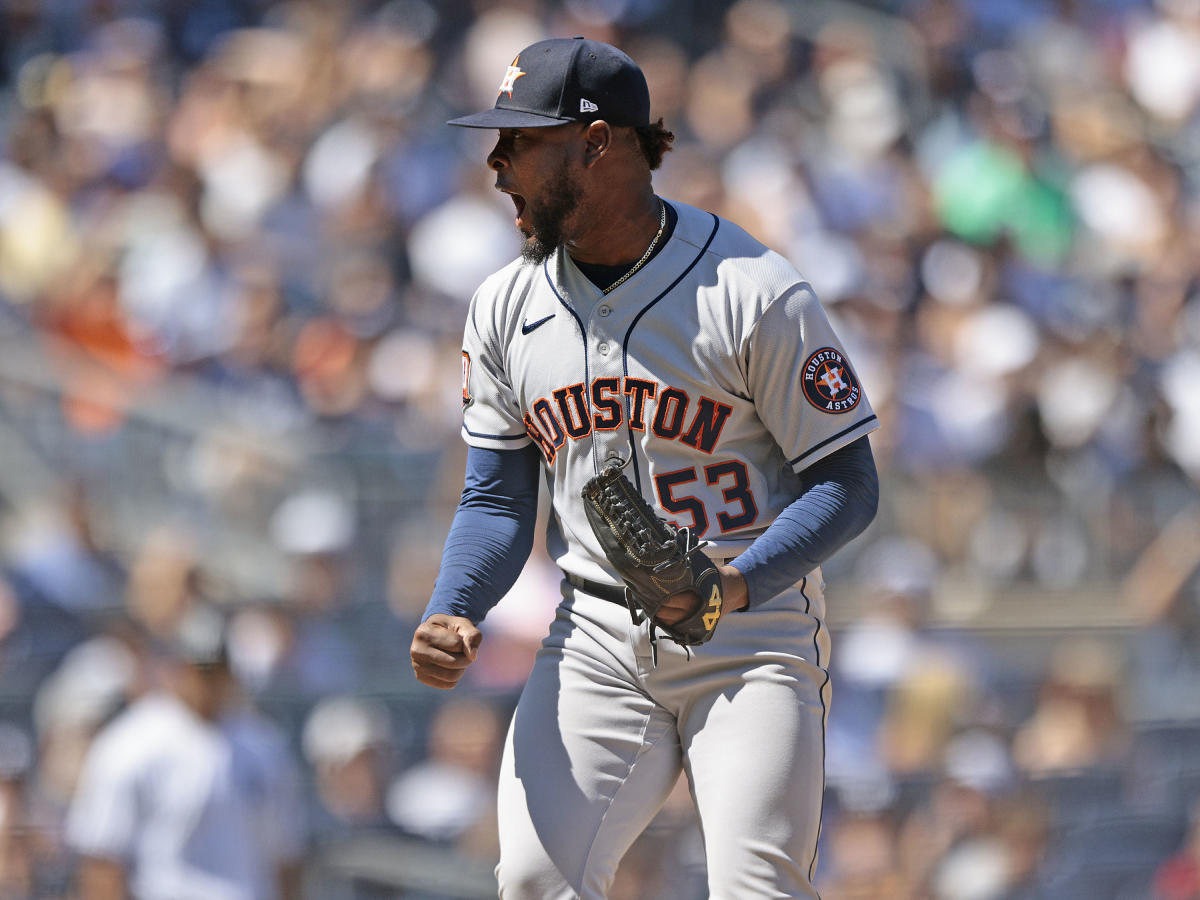 The New York Yankees have dominated the 2022 MLB season. Armed with the best lineup in baseball, a dominant starting pitching staff and a terrifying bullpen, the Yankees came into Saturday’s game 52-19, the best record in baseball.

But on Saturday, the powerful Yankees met their match. The Houston Astros brought down the juggernaut Yankees in dominating fashion, throwing a combined no-hitter against the Evil Empire.

Astros starter Cristian Javier led the charge against the Yankees. Javier, who started the year in the bullpen, stymied the Yankees at nearly every opportunity. Two runners reached base against Javier during his commanding performance. Josh Donaldson walked against Javier in the first and later reached on a throwing error in the seventh.

Other than that, Javier, 25, was in complete control. He struck out a career-high 13 Yankees over seven no-hit innings. Yankees hitters looked uncomfortable hitting against Javier the entire game. Giancarlo Stanton personified the team’s struggles, striking out in all three at-bats against Javier. Despite seeing Javier multiple times, Stanton was still taking ugly swings against Javier the third time the two faced off.

The only thing that prevented Javier from going the distance was his pitch count. Javier sat at 91 pitches following the sixth inning and would have needed some quick innings to make it to the ninth. The Yankees forced Javier into some deep counts in the seventh inning, pushing him past his previous career-high in pitches thrown in a game. Astros manager Dusty Baker showed faith in Javier, leaving him in to complete the inning.

That decision worked out. It took 24 pitches, but Javier struck out the side in his final inning of work. He was embraced by Baker in the dugout, a signal Javier’s day was done. He threw a career-high 115 pitches in the best start of his young career.

Powered by solo home runs from J.J. Matijevic and Jose Altuve, the Astros led the contest 2-0 when Javier was pulled.

The Yankees showed signs of life immediately after Javier left the contest. Hector Neris came on in relief of Javier and immediately walked the first batter he faced. With Aaron Hicks on first, Matt Carpenter flew out deep to left field. Neris allowed another walk, bringing Joey Gallo to the plate with a chance to give the Yankees the lead.

Gallo almost succeeded. He pulled a deep fly ball to right field, the shallowest part of Yankees stadium. The ball fell a few inches short of a home run, landing in Kyle Tucker’s glove with the outfielder on the warning track.

Baker called on Ryan Pressly to shut down the Yankees in the ninth. Pressly came into the contest with a 10.61 ERA in nine appearances at Yankee Stadium. Those struggles didn’t affect Pressly on Saturday. He struck out Anthony Rizzo and Josh Donaldson to open the ninth. That brought up Stanton, who grounded out to third to secure the combined no-hitter. The Astros won the contest 3-0.