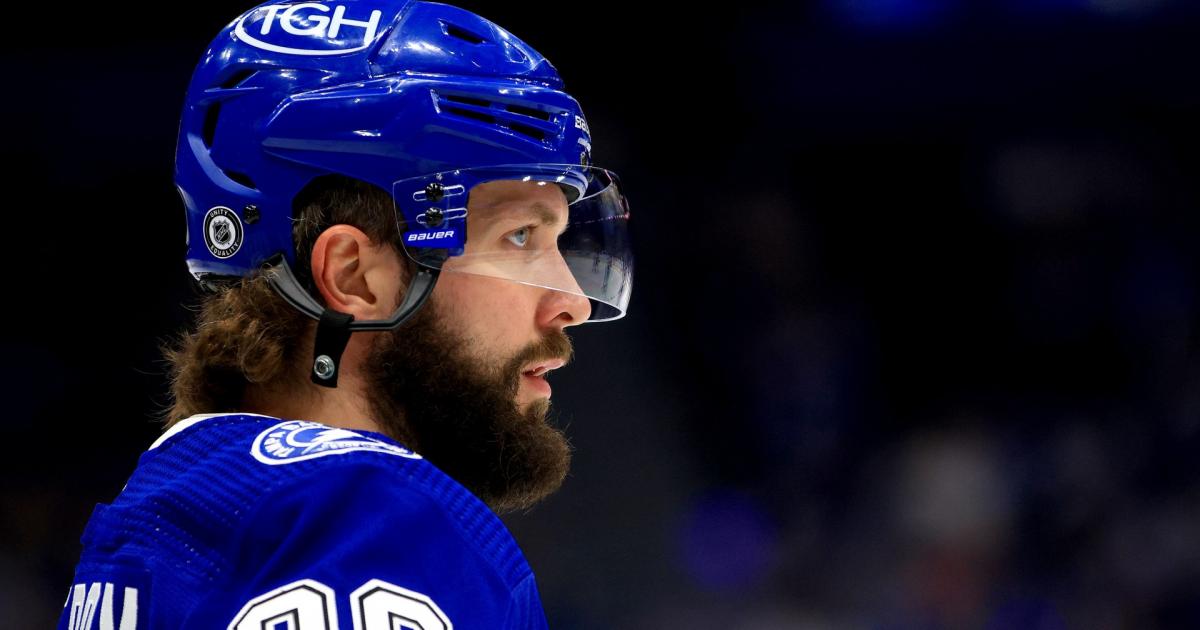 The Lightning stormed back to make a statement in Stanley Cup Final Game 3, downing the Avalanche 6-2 and cutting Colorado’s lead to 2-1 in the series. They may have to play Game 4 without star winger Kucherov, though.

Late in the third period, Kucherov was crosschecked by Avalanche defenseman Devon Toews, sending him into the boards. Kucherov would miss the remainder of the game, but head coach Jon Cooper sounded hopeful that he may be back for Wednesday’s Game 4.

Kucherov has paced the Bolts with 26 points during the playoffs. Here’s the latest on his status for the upcoming game:

Jon Cooper on if he thinks Kucherov will play in Game 4: “Yes. I think so. I hope so. It’s always difficult when the game was literally 12 hours ago…so a lot can happen in the next two days. Am I glad we have off in between games? Yes. We will see how he is tomorrow”

Jon Cooper says Nikita Kucherov should be able to play in Game 4. “I never count that kid out.”

Kucherov took a crosscheck from defenseman Devon Toews in the third period of Monday’s Game 3, sending him into the boards and to the locker room. He wouldn’t return.

It’s unclear whether or not the NHL’s Department of Player Safety will get involved, but as of Tuesday, no discipline had been levied.

Elsewhere, Cooper says that center Brayden Point, who didn’t play in Game 3 after playing in Games 1 and 2, is day-to-day. Point missed the entire Eastern Conference finals series vs. the Rangers.