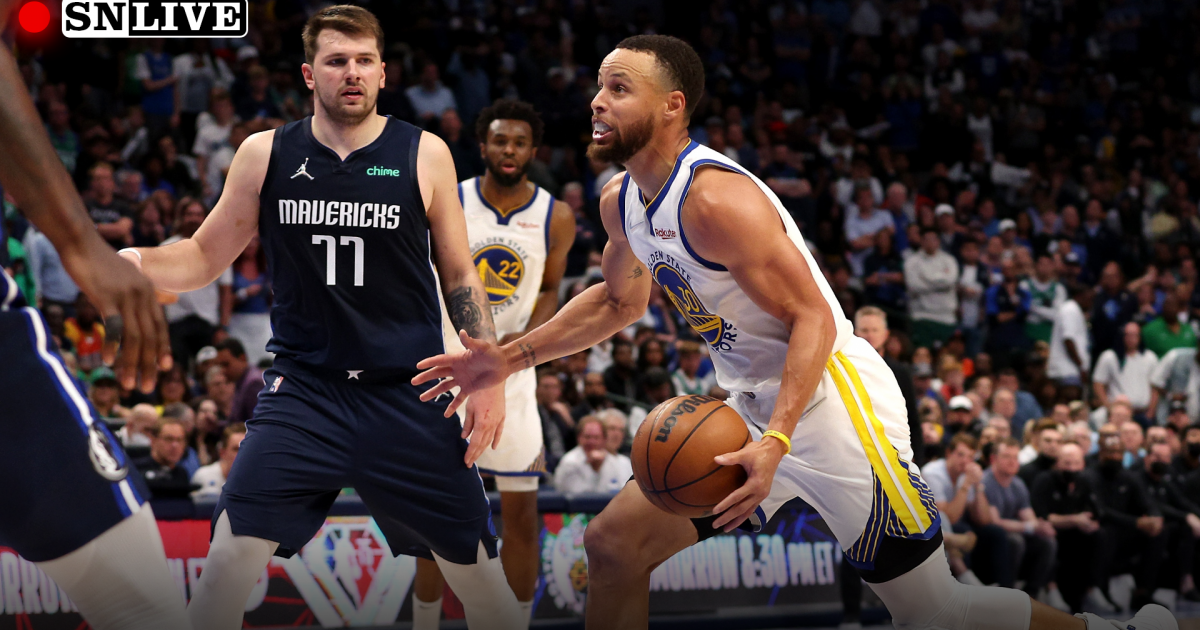 After building a 3-0 series lead over the Mavericks, the Warriors are one win away from the 2022 NBA Finals.

While Dallas has failed to register a win in the series, it won’t go down easily. Led by Luka Doncic, who scored 42 points in Game 2 and 40 points in Game 3, the Mavericks hope to extend their series by earning a win in front of their home crowd.

Golden State, on the other hand, will continue to lean on its depth. Stephen Curry has led the way in the series, but the Warriors have benefitted from the contributions of Jordan Poole, Klay Thompson and Andrew Wiggins, among others.

With the NBA Finals not set to begin until June 2, the Warriors have an opportunity to gain a major rest advantage over their Eastern Conference opponent. The Mavericks, who face a historically insurmountable series deficit, can take the first step towards history with a Game 4 win.

The Sporting News is tracking live updates throughout Game 4 of the Western Conference Finals.

After struggling mightily in the series, Maxi Kleber has drained his first two 3-pointers for six quick points. That’s a big development as the Mavs look to stave off elimination.

Dorian Finney-Smith leads all scorers with six points on perfect 2-of-2 shooting from the field.

Stephen Curry has done a little bit of everything, draining his only 3-point attempt, pulling down two rebounds and dishing out two assists in just over five minutes of court time.

3 p.m. — Andrew Wiggins brought the house down with a gravity-defying dunk in Game 3. He’s locked in and ready to go for Game 4.

What channel is Warriors vs. Mavericks on?

Game 3 of the Western Conference Finals will air on TNT. Viewers can also stream Game 4 on Watch TNT or Sling TV.

Basketball fans can stream every NBA Playoff game live on SLING TV. With the SLING Orange Sports Extra package, get $10 off your first month now with access to ESPN, ESPN2, ESPN3, TNT and NBATV. NBA Playoff games on ABC are simulcast on ESPN3, which is included with SLING Orange, available for $35 per month including $25 the first month for new subscribers.

Game 4 of the Western Conference Finals will tip-off around 9 p.m. ET on Tuesday, May 24. The game will be played at the American Airlines Center in Dallas.

Kevin Harlan, Reggie Miller and Stan Van Gundy will have the call. Allie LaForce will be courtside as the sideline reporter for TNT’s coverage of the games.