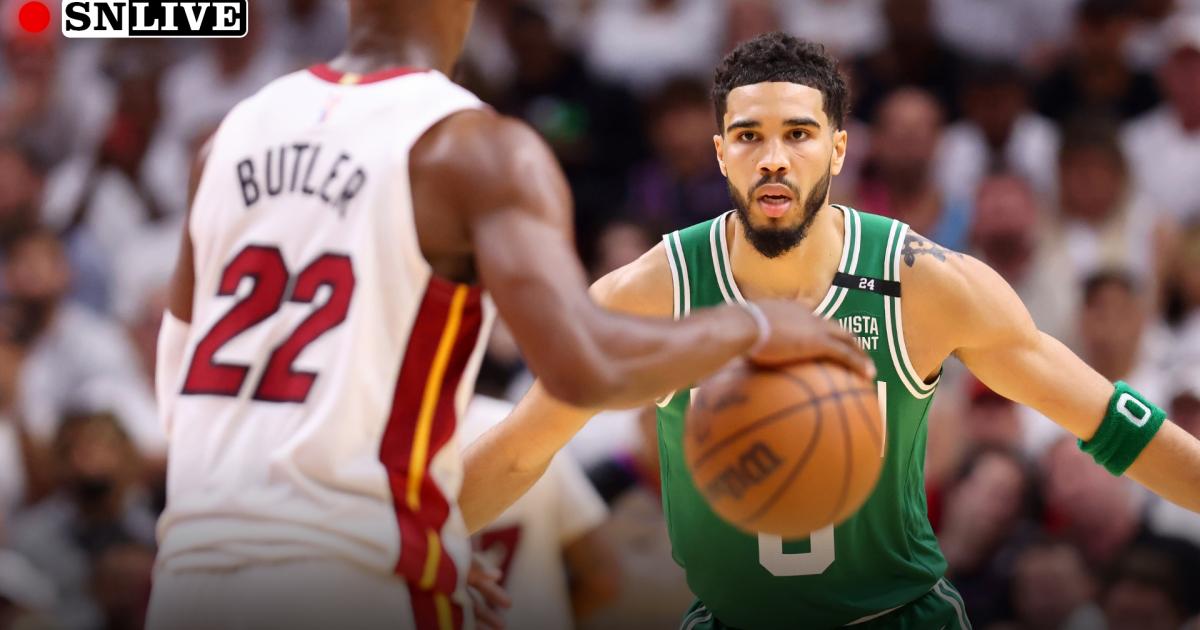 Game 1 of the Eastern Conference Finals was a rollercoaster.

The Celtics came out strong, but the Heat responded with a dominant third quarter that saw them take control of the game. Jimmy Butler led the charge for Miami, scoring 17 of the team’s 39 points in the frame.

Butler finished Game 1 with 41 points on 12-for-19 shooting from the field and 17-for-18 from the free throw line. He also recorded nine rebounds, five assists, four steals and three blocks.

The two teams meet again on Thursday. The Celtics will be looking to tie the series at 1-1 before it shifts to Boston.

The Sporting News is tracking all of the action from Game 2.

3:30 p.m. — Al Horford (health and safety protocols) is listed as available, but the Celtics will be without Derrick White (personal reasons) for Game 2.

What channel is Celtics vs. Heat on?

Game 2 of the Eastern Conference Finals will air on ESPN. Viewers can also stream Game 2 on Watch ESPN or Sling TV.

Game 2 of the Eastern Conference Finals will tip off around 8:30 p.m. ET on Thursday, May 19. The game will be played at FTX Arena in Miami.

Here is the full schedule for the 2022 Eastern Conference Finals.