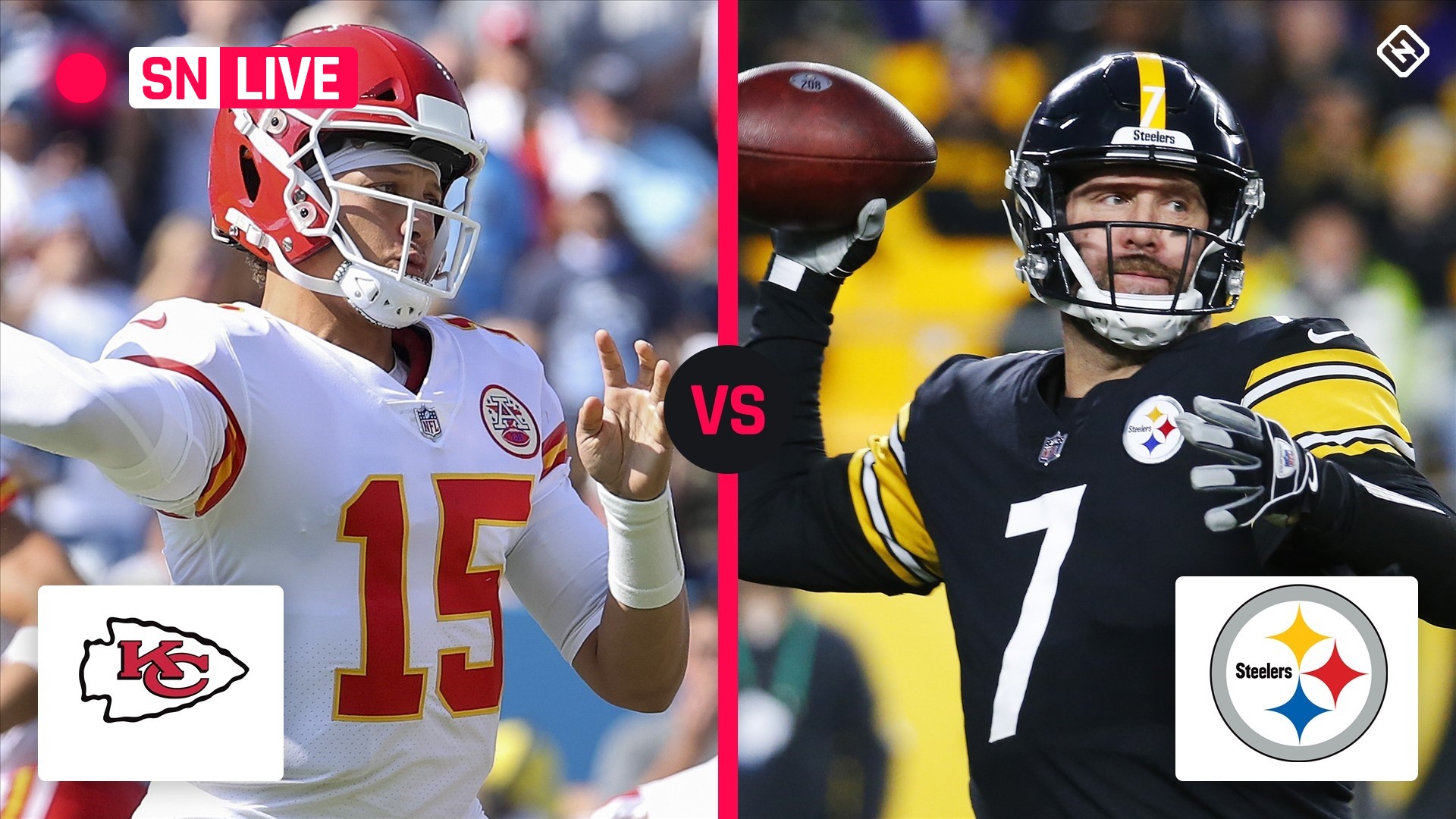 The No. 2 AFC seed Chiefs host the No. 7 seed Steelers on Sunday night for their wild-card playoff game.

The Steelers visited Kansas City just a few weeks ago, losing 36-10 in a blowout game. Since then, the Steelers won their next two games helping them get to the playoffs. What sealed the deal for Pittsburgh to capture the seventh seed was the combination of the Jaguars beating the Colts and the Raiders beating the Chargers last Sunday.

The Steelers are bringing back their wide receiver JuJu Smith-Schuster for this game. He hasn’t played since Week 5 after he suffered a season-ending shoulder injury. Chiefs running back Clyde Edwards-Helaire will not be playing after he was injured in the Week 16 game against the Steelers.

MORE: Why Steelers’ Ben Roethlisberger is leaning toward NFL retirement after 2021 season

This could potentially be Steelers quarterback Ben Roethlisberger’s final game as a Steeler. The 39-year-old hasn’t made his retirement official, but he’s hinted that this is his final season.

The Chiefs opened as 12.5-point favorites, which makes the Steelers the biggest NFL playoff underdogs in history.

Sporting News is tracking live scoring updates and highlights from Steelers vs. Chiefs on Sunday. Follow below for complete results from the 2022 NFL wild-card playoff game.

9:41 p.m. — TOUCHDOWN, CHIEFS. Kelce catches a deep pass from Mahomes and takes the ball into the end zone for a 48-yard play. The Chiefs take a two-score lead heading into the half. Chiefs 21, Steelers 7.

9:38 p.m. — Robinson catches a 27-yard pass from Mahomes to put the Chiefs near field goal range with 35 seconds remaining in the half.

9:35 p.m. — The Steelers go three-and-out and punt the ball for the seventh time tonight.

9:24 p.m. — Kelce caught a short pass from Mahomes and ran to advance 31 yards for a big Chiefs first down. They are on the Steelers 43-yard line.

9:20 p.m. — The Steelers have no answer to the Chiefs touchdown after they go three-and-out again.

9:14 p.m. — TOUCHDOWN, CHIEFS. McKinnon rushed in a four-yard touchdown to put the Chiefs on the board. Harrison Butker’s extra point is good to tie the game. Chiefs 7, Steelers 7.

9:04 p.m. — TOUCHDOWN, STEELERS. Darrel Williams fumbled the ball on the Chiefs’ 31-yard line, and the ball was picked up by Watt. Watt ran the ball into the end zone to put the Steelers on the board. Steelers 7, Chiefs 0.

9:04 p.m. — Watt was flagged for a face mask penalty on Chiefs running back Derrick Gore. This penalty advanced the Chiefs 15 yards.

8:58 p.m. — Diontae Johnson caught a five-yard pass from Roethlisberger for a Steelers first down. That was only the Steelers’ second first down of the game.

8:53 p.m. — The Chiefs punt the ball right as the first quarter comes to an end.

8:50 p.m. — Demarcus Robinson catches a 15-yard pass from Mahomes, making it the longest pass of the night so far.

8:40 p.m. — JuJu Smith-Schuster, making his return after his regular season-ending shoulder injury happened back in Week 5, completed his first first down after advancing seven yards.

8:37 p.m. — On the punt return, Mecole Hardman ran the ball an additional 48 yards to put the Chiefs on the Steelers’ 22-yard line.

8:36 p.m. — Tershawn Wharton takes down Ben Roethlisberger on third down for a loss of 11 yards. The Chiefs go three-and-out for the third time.

8:32 p.m. — The Chiefs can’t get another first down, though, so they punt the ball. A pretty uneventful start to the game.

8:29 p.m. — Jerick McKinnon completes the first first down of the night after catching a short pass from Mahomes and advancing 20 yards.

8:26 p.m. — Still no first downs in the game as the Steelers go three-and-out again.

The Chiefs vs. Steelers game will kick off at 8:15 p.m. ET at Arrowhead Stadium in Kansas City, Mo.

What channel is Steelers vs. Chiefs on today?

The Chiefs vs. Steelers matchup will be broadcast nationally on NBC with announcers Al Michaels and Cris Collinsworth on the call and Michele Tafoya on the sidelines.

For those hoping to stream the matchup, NBC will carry the game on its streaming platform, Peacock. You can also stream NFL games live online with fuboTV, which offers a free trial.

In Canada, viewers can watch Chiefs vs. Steelers with a subscription to DAZN, which includes every NFL game.