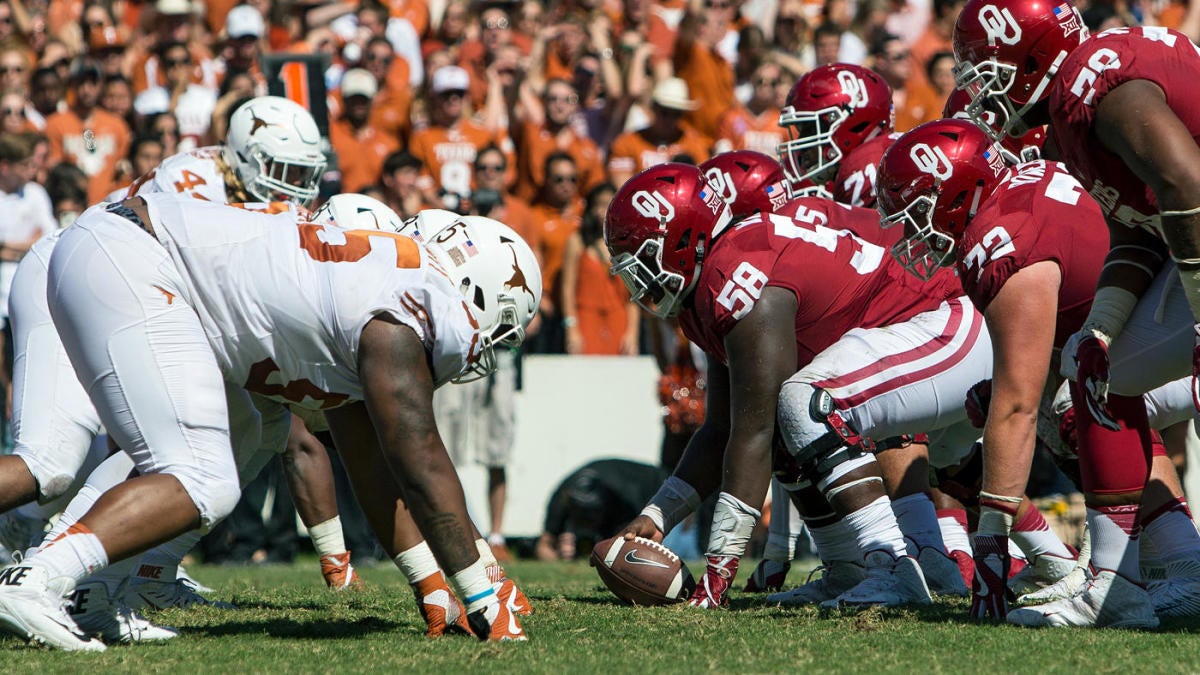 With College Football Playoff expansion coming and the sport as a whole undergoing radical change, another round of conference realignment may be on the horizon. Texas and Oklahoma have both reached out to the SEC about joining the nation’s most powerful conference should the two Big 12 powerhouses choose to leave their home league, sources tell CBS Sports.

Citing “a high-ranking college official with knowledge of the situation,” the Houston Chronicle‘s Brent Zwerneman first reported that the SEC could announce the additions of the Longhorns and Sooners “within a couple of weeks.”

“There is way too much smoke at this point,” one Big 12 source tells CBS Sports.

The Longhorns are soon expected to inform the Big 12 that they do not plan to extend their grant of media rights deal with the conference, according to Stadium’s Brett McMurphy, who also reports that there is mutual interest about having Texas and Oklahoma join the SEC. The Big 12’s grant of rights agreement expires in 2025.

University of Texas regents chair Kevin Elfite is behind the pitch, sources tell CBS Sports. Elfite is a 62-year-old commercial real estate investor in Tyler, Texas, who served in the Texas Senate from 2004-13. He was appointed as a regent to the UT system by Texas Gov. Greg Abbott in 2019.

SEC commissioner Greg Sankey would not address the reports while in attendance at 2021 SEC Media Days on Wednesday.

“No comment on that speculation,” he told CBS Sports. Sankey later added: “We are only worried about the 2021 season. Somebody dropped a report from unnamed people.”

“Speculation swirls around collegiate athletics. We will not address rumors or speculation,” said the Longhorns.

“The college athletics landscape is shifting constantly. We don’t address every anonymous rumor,” said the Sooners.

In a recent call with Big 12 stakeholders about CFP expansion progress, Oklahoma president Joseph Harroz Jr. reiterated his school’s commitment to the BIg 12, a source on the call tells CBS Sports. My how times have changed.

Texas A&M athletic director Ross Bjork made it clear to gathered media Wednesday that he wants the Aggies to be the only team from the Lone Star State in the conference. Texas A&M and Missouri were the two teams that left the Big 12 for the SEC in the last round of conference realignment nearly a decade ago.

“I haven’t read the article, but if you’re asking me to kind of comment on college athletics, it’s changing,” Bjork told CBS Sports. “So what does that look like? I don’t know. … We want to be the only SEC program in the state of Texas. There’s a reason Texas A&M left the Big 12: to stand alone to have our own identity.”

There was talk at that time about Texas and Oklahoma (along with Oklahoma State) potentially leaving the Big 12 for the Pac-12 (then Pac-10). Those talks came within 30 minutes of becoming reality.

Ultimately, they remained with the league they have been members of since 1996. Oklahoma was already part of the Big Eight when it transitioned into the Big 12 in 1996 by adding Texas as one of four programs from the defunct Southwest Conference.

However, the Big 12 was reduced to 10 teams during that round of realignment, and it has struggled to reclaim its footing among its Power Five peers. Texas and Oklahoma have propped up the league since its reduction in size, and if they did depart, it would put the Big 12 on the brink of collapse.

The additions of the Longhorns and Sooners would make the SEC the first 16-team superconference — a development long-discussed as a possibility should there be another round of conference realignment — while simultaneously adding massive brand power to a league already seen as the best in college sports.

However, Oklahoma and Texas will face resistance from within the Big 12 and beyond. Oklahoma State officials made it clear they do not support their potential departure for another conference.

“We have heard unconfirmed reports that OU and UT approached Southeastern Conference officials about joining the SEC,” OSU said in a statement. “We are gathering information and will monitor closely. If true, we would be gravely disappointed. While we place a premium on history, loyalty and trust, be assured, we will aggressively defend and advance what is best for Oklahoma State and our strong athletic program, which continues to excel in the Big 12 and nationally.”

As for the SEC, its by-laws state that 11 of 14 institutions must vote in the affirmative to invite new members to the conference. There may be some current SEC teams — in addition to Texas A&M — that are reluctant to accept additional league members for myriad reasons, including concerns about future expansion into their states. However, Yahoo Sports’ Pete Thamel reports that “getting 11 of the 14 votes doesn’t appear to be an issue.”