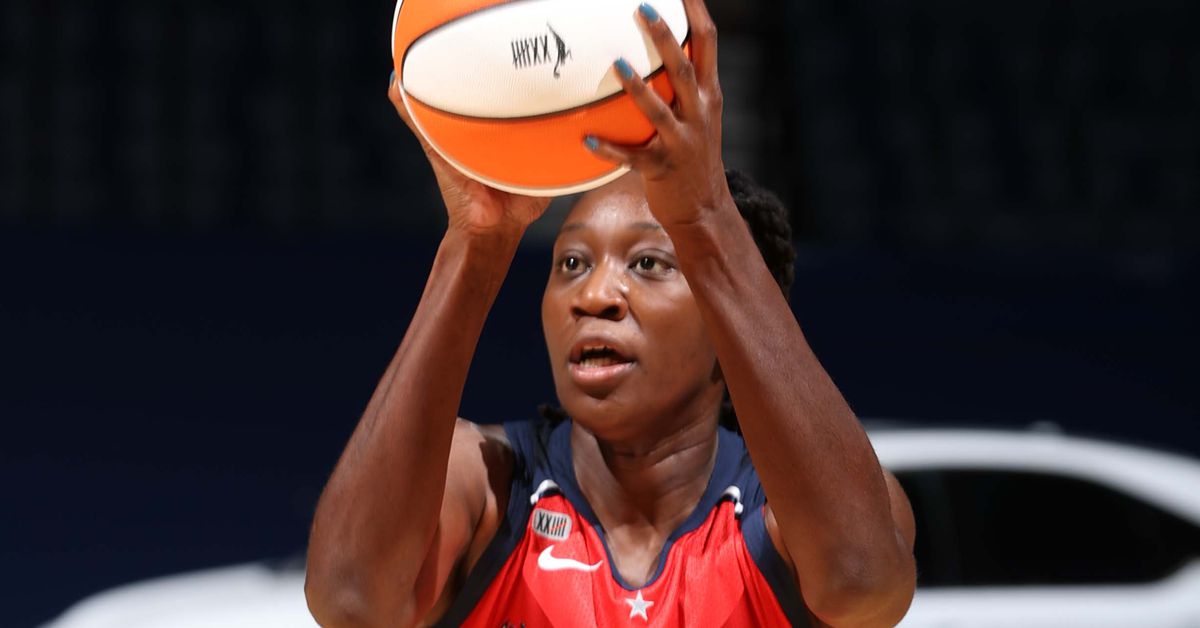 The Chicago Sky and Washington Mystics are both expected to make deep playoff runs and will look to get off to a good start as they face each other to start the regular season. This scintillating matchup opens a doubleheader on ABC, Saturday at 1 p.m. ET.

Candace Parker, the Sky’s big offseason acquisition, has generated a lot of excitement but in the lead up to the regular season it was Gabby Williams’ season-long suspension and subsequent trade to the Los Angeles Sparks that has taken the headlines. Williams was likely to miss the season as she plays with the French national team over the summer. Her departure leaves a critical hole on the bench.

That said, the Sky have a very solid roster. Allie Quigley and Courtney Vandersloot form one of the best backcourt partnerships in the league. Kahleah Copper enters her sixth season after starting all 22 games for the Sky last season when she made the most of the opportunity, shooting 49 percent from the floor and scoring 14.8 points. Diamond DeShields dealt with a thigh injury and left the bubble early due to personal reasons. She will be looking to get back on track after averaging double-figure scoring in her first two seasons. Parker and Stefanie Dolson will get their second opportunity to play in the paint together, after playing together in Chicago’s second preseason game.

For the Mystics, international basketball is also factoring into player availability, in addition to injury issues. Emma Meeseman is an unrestricted free agent and will not be looking to play in the WNBA until after the Olympics and top free agent signing Alysha Clark is out for the season due to a foot injury suffered while playing overseas. Elena Delle Donne is recovering from offseason back surgery and is expected to miss at least the first two games of the season. Myisha Hines-Allen, who increased her scoring average from 2.3 points in 2019 to 17 points in 2020, is also expected to miss Washington’s first two games as she plays overseas.

Mystics fans will finally get to see the regular season debut of center Tina Charles who signed with Washington in 2020. Charles was medically excused from the 2020 season. Also returning to the court this season is point guard Natasha Cloud who chose to work on social justice issues vice playing in the bubble in 2020. Cloud started every game for the Mystics in 2019 and averaged a career-high nine points per game. Look for newcomers Theresa Plaisance and Erica McCall to split time next to Charles in the paint. Ariel Atkins might be moved to small forward which could move Leilani Mitchell into the starting lineup.

It seems the Sky have the advantage just solely based on the familiarity of the majority of the roster, having played a lot of minutes together while the Mystics have a lot of new faces who have just two preseason games worth of experience together.

Tactically, the Mystics should go through Charles offensively which will put a lot of focus on the Dolson and Parker defensively. The Sky have a lot of options on offense as they can shoot the 3-pointer well as a team and can get offense from the post as well.

Where: Entertainment and Sports Arena in Washington, D.C.

How to watch: ABC

Key to the matchup: Newcomers. Tina Charles and Candace Parker are both making their regular season debuts for their respective teams. Both players will feature heavily for their teams and will need to have big games for their teams to have success, probably more so Charles than Parker. As mentioned, Plaisance, Mitchell, and McCall will also feature for the Mystics. Additionally, Shavante Zellous, a veteran guard signed from the Seattle Storm, is likely to be a part of the Mystics rotation. Washington will be relying on all of their recent acquisitions for success this season.

Fields and Bears fans will need to be patient
Cory Hill: Wales replace forward for summer Tests over proposed move abroad
Hooper: Wallabies should explore more sabbaticals
Clutch Arroyo ‘living in the moment’ for Sox
U.S. runner out of trials after doping controversy