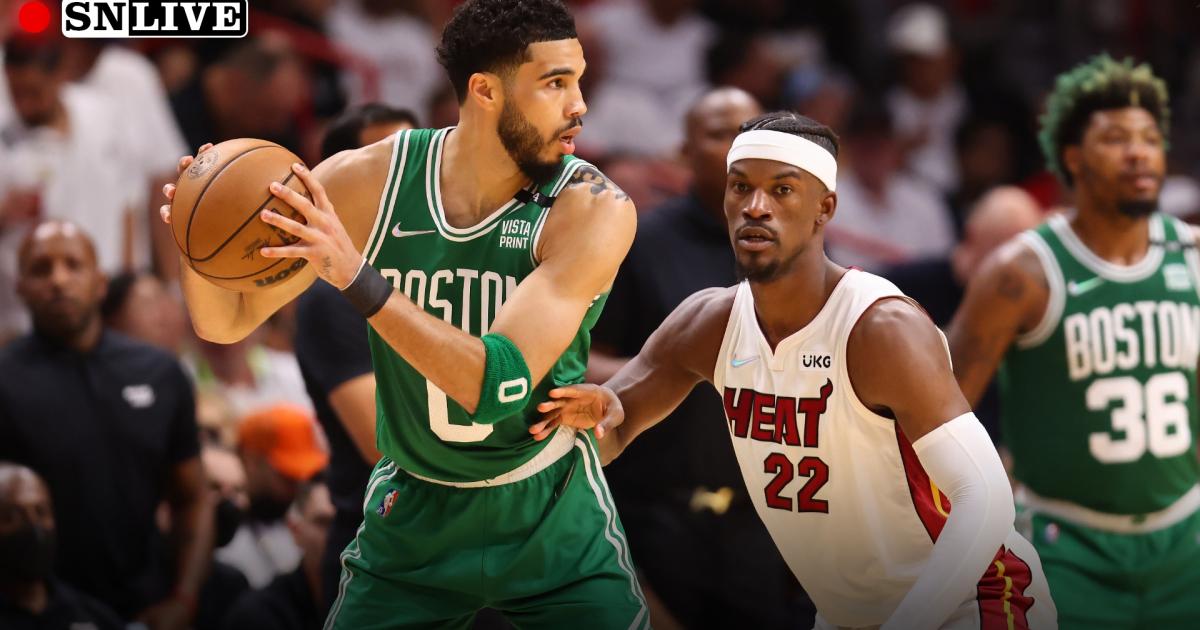 The Celtics are in desperate need of a bounce-back win.

After Boston dropped Game 3 at home, the Heat have a massive opportunity to steal another victory in Game 4 and head back to Miami with a chance to close out the series.

Injuries have plagued both rosters to this point, as the Heat saw star forward Jimmy Butler miss the second half of Game 3, while the Celtics were without starting center Robert Williams.

Both Butler and Williams are expected to be available for Game 4, but now it appears as though Boston may be missing Defensive Player of the Year Marcus Smart for the second time this series.

Which team will prevail through injuries and come away with a series-altering victory in Game 4? The Sporting News has you covered with live updates, highlights and more from all the action.

7:30 p.m.: The Celtics announced that Jayson Tatum (neck) and Robert Williams (knee) are available for Game 4. Marcus Smart (ankle) is OUT.

5:32 p.m.: According to The Athletic’s Shams Charania, Robert Williams is “expected to play” in Game 4 after missing Game 3 due to knee soreness.

5:30 p.m.: The Heat announced that Tyler Herro will miss Game 4 with a groin strain.

#MIAvsBOS INJURY UPDATE: Tyler Herro (groin) has been ruled out of tonight’s Game 4 vs the Celtics.

What channel is Celtics vs. Heat on?

Game 4 of the Eastern Conference Finals will air on ABC. Viewers can also stream Game 4 on Sling TV.

Game 4 of the Eastern Conference Finals will tip off around 8:30 p.m. ET on Monday, May 23. The game will be played at the TD Garden in Boston, MA.

Here is the full schedule for the 2022 Eastern Conference Finals.