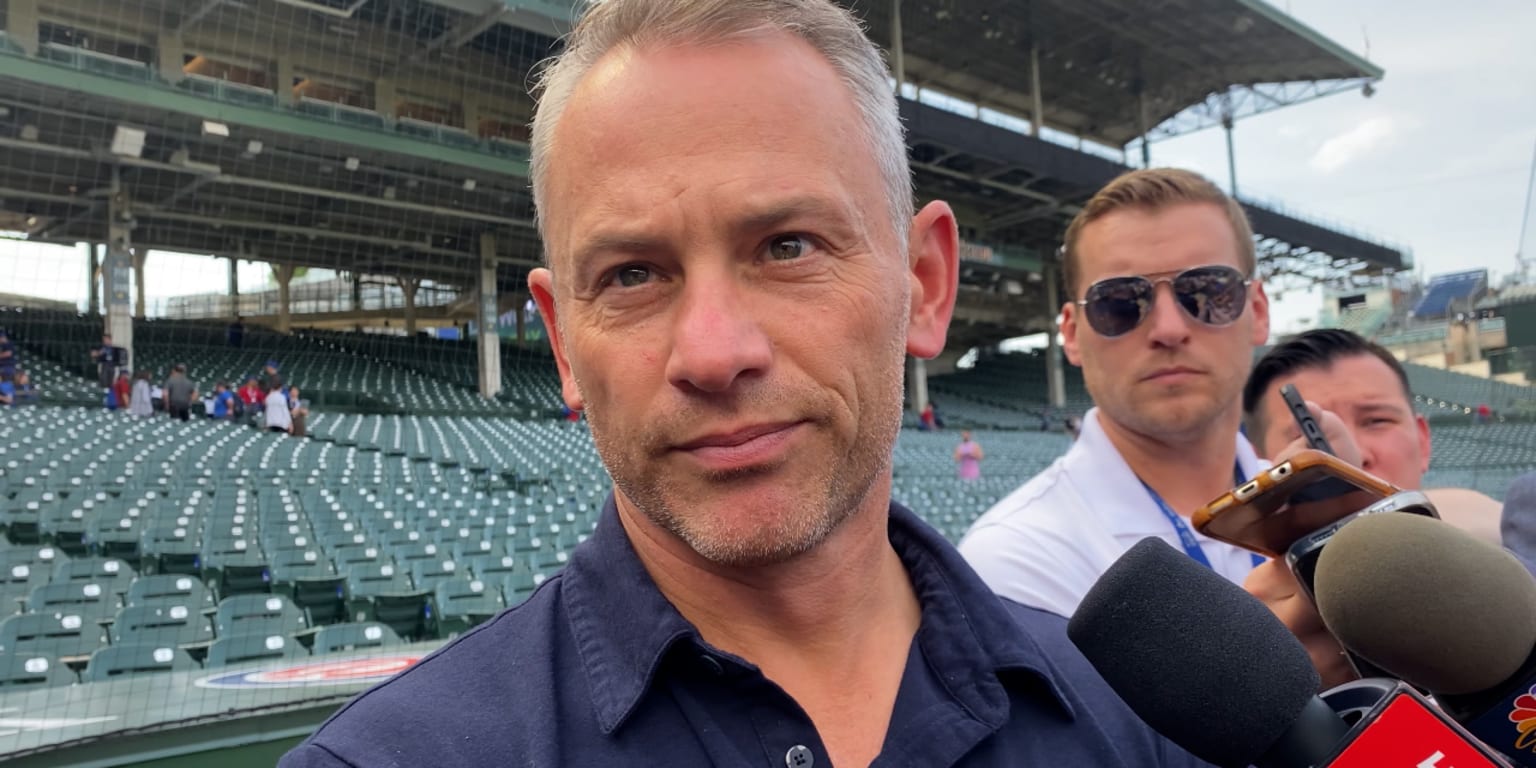 CHICAGO — Jed Hoyer stood in front of the Cubs’ dugout on Thursday afternoon, flanked by reporters for a wide-ranging discussion about the ballclub. At the start, the team’s president of baseball operations was raving about the recent debut of rookie Christopher Morel.

“Those are the most enjoyable days at the ballpark, for me,” Hoyer said in the hours leading up to the Cubs’ 3-1 loss to the D-backs at Wrigley Field.

Part of this season will continue to involve young players like Morel, who homered in his first career at-bat on Tuesday in one of the best moments of the year for the North Siders. But the roster is also full of veterans, who are trying to help lead the way and pull the fourth-place Cubs back up the NL Central standings.

Hoyer’s team of evaluators, along with manager David Ross and his coaching staff, are balancing a number of factors as the Cubs try to thread the needle of contending in the present, while building for the future. That remained a theme as Hoyer held court for nearly a half-hour.

The Cubs have an arbitration hearing with Contreras scheduled for June 9. There has been no movement in potential extension talks with the star catcher, who could be a free agent in the winter. Contreras has stated a preference to delay any such talks until after this season.

Hoyer was asked if the Cubs’ evaluation of Contreras — a clear trade candidate — has changed at all, given his strong play this year. With Yan Gomes splitting the catching duties, and the designated hitter slot allowing Contreras to stay in the lineup more often, his early-season production has soared.

“We wanted to see that,” Hoyer said. “He’s a guy that, he wants to play every day. You’re not going to have a backup that’s going to hit like him. So without the DH, it was really hard to take his bat out of the lineup. We wanted to see how this would be if he got more rest. So far, so good. So, I’m going to not answer your question directly, but sort of indirectly.”

Last year, a group of Cubs stars were in Contreras’ position. Javier Báez, Kris Bryant and Anthony Rizzo were all in the final year of their contracts with extension talks stalled. They were each traded, along with a handful of others, to begin replenishing the farm system with prospects.

Contreras serves as Chicago’s biggest trade chip this summer for Hoyer, who has maintained that he is “keeping an eye on the future.” Besides Contreras, there is a list of Cubs players on short-term deals (David Robertson and Wade Miley, among them) who could be trade candidates. Hoyer was asked about where his thinking currently stands on that front.

“There’s certain pieces that are quote-unquote rentals that may not be back,” Hoyer said. “But there’s certain pieces that you get asked about that are part of your future, and you want to think about kind of where you are over the next few years. I can tell you right now, that’s not at all where I am mentally. … I’m not really thinking about the Deadline right now.”

On timeline for contending

The Cubs endured a 3-14 stretch from April 19-May 8, creating an uphill battle for a team Hoyer hoped would be competitive in the division this season. There has been a recent uptick in the Cubs’ performance, but the next month-plus will go a long way in determining how the team approaches this year’s Deadline (Aug. 2).

The bulk of the trades Hoyer and his front office swung last year netted a pile of prospects who are in Single-A or High-A. Hoyer has insisted that their collective timeline to the Majors does not necessarily line up with his vision for building a contender. With that in mind, Hoyer was asked if Cubs fans could expect a contending club as soon as ’23.

“I don’t want to put exact years on it like you want me to,” Hoyer said. “It’s hard, because we did trade for a lot of guys that are in the lower levels and a lot of people felt like, because of that, ‘OK, they’re signaling exactly when they’re going to be competitive.’ Waiting on the development of a group of Minor Leaguers is really, really challenging.

“I don’t think you can tie a team’s competitiveness to a group of guys in the low Minors. Certainly, I think a lot of those guys are going to play a big role here, but I don’t want to just think about their timeline as being our timeline.”