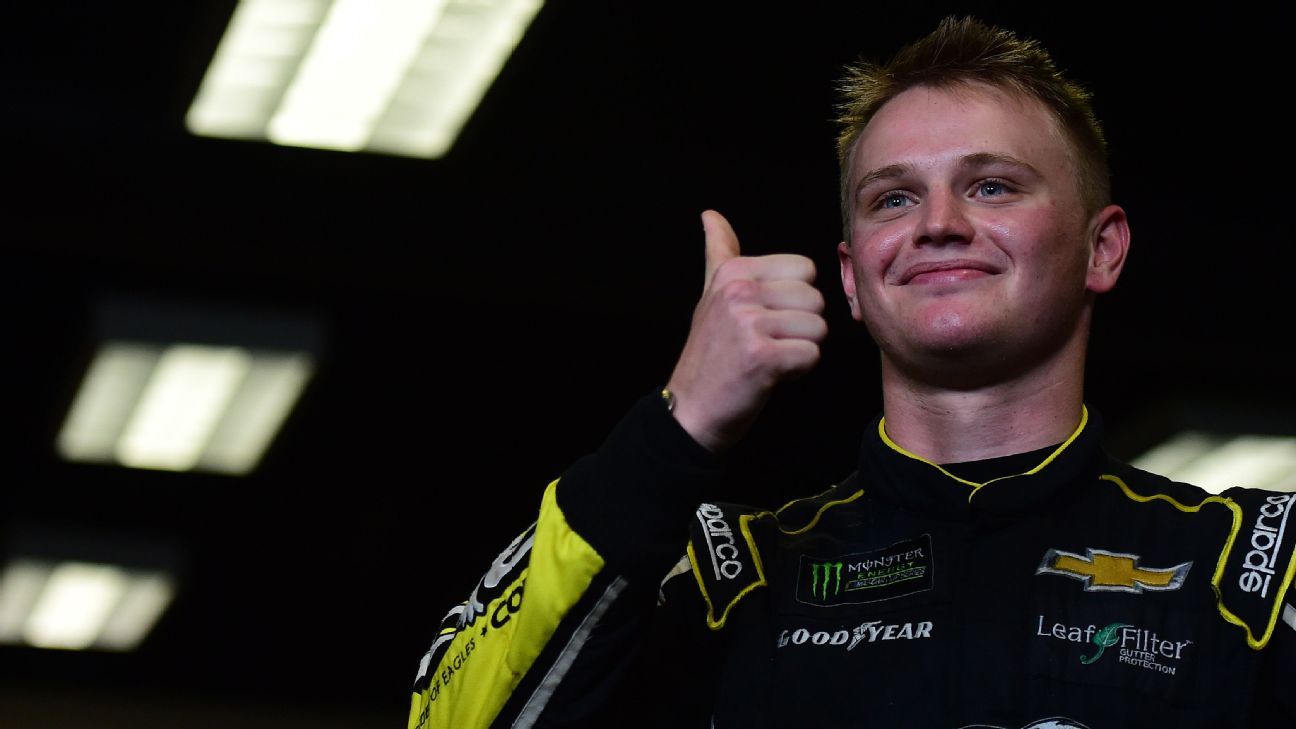 NASHVILLE, Tenn. — Kaulig Racing has purchased two charters from Spire Motorsports and will move to NASCAR’s Cup Series next year with a full-time ride for Justin Haley and select races for AJ Allmendinger.

Team owner Matt Kaulig had been eyeing a move up to Cup for some time and made it official Friday while announcing multi-year contract extensions with both drivers. Haley will run a full Cup schedule while Allmendinger will run select Cup races and also compete for the Xfinity Series championship.

“Not only are we planning on making a splash in the NASCAR Cup Series, we plan on continuing to trophy hunt in the Xfinity Series,” Kaulig said. “AJ has been a phenomenal addition to this Kaulig Racing family and we are glad to have him back with us moving forward.”

Spire confirmed after the Kaulig announcement it is selling two of its three charters to Kaulig.

“Matt Kaulig will bring new ownership and new enthusiasm to the NASCAR Cup Series garage,” Spire said in a statement. “NASCAR has created a valuable charter model and we’re grateful to the sanctioning body and all the owners who have come before us. Without team owners like the Wood Brothers, Richard Petty, Rick Hendrick, Chip Ganassi, Joe Gibbs and Barney Visser, for whom we all have the highest respect, the charter system would not be the valuable and sustainable business model it has evolved into.”

Spire said it would continue to field the No. 7 next season with Corey LaJoie as a chartered entry.

“We remain committed to NASCAR and the Cup Series and we will continue to look for opportunities to grow and compete in the future,” Spire said.

Haley has driven Cup races for Spire and gave the team its only victory in a rain-shortened July race at Daytona in 2019. But he’s full-time Xfinity for Kaulig and the team’s longest-running full-time driver.

Allmendinger was lured out of semi-retirement by Kaulig and team president Chris Rice, who persuaded Allmendinger to help them grow the organization that first entered NASCAR in 2014 when Matt Kaulig put his company, LeafFilter Gutter Protection, on a Cup car as the primary partner.

Kaulig had his own team by 2016 and has been pushing toward a move to Cup since.

Haley and Allmendinger each joined the team in 2019. Allmendinger has five wins, 16 top fives and 19 top-10 finishes and won at Kaulig’s home track of Mid-Ohio Sports Car Course earlier this month. He heads into Saturday’s race at Nashville Superspeedway ranked second in the standings.

“Over the past three years, I have fallen in love with this team and have enjoyed every aspect of trying to help the organization grow,” said Allmendinger. “To know that I will continue to be a part of it moving forward and that this will most-likely be the last NASCAR team I drive for, is truly special.”