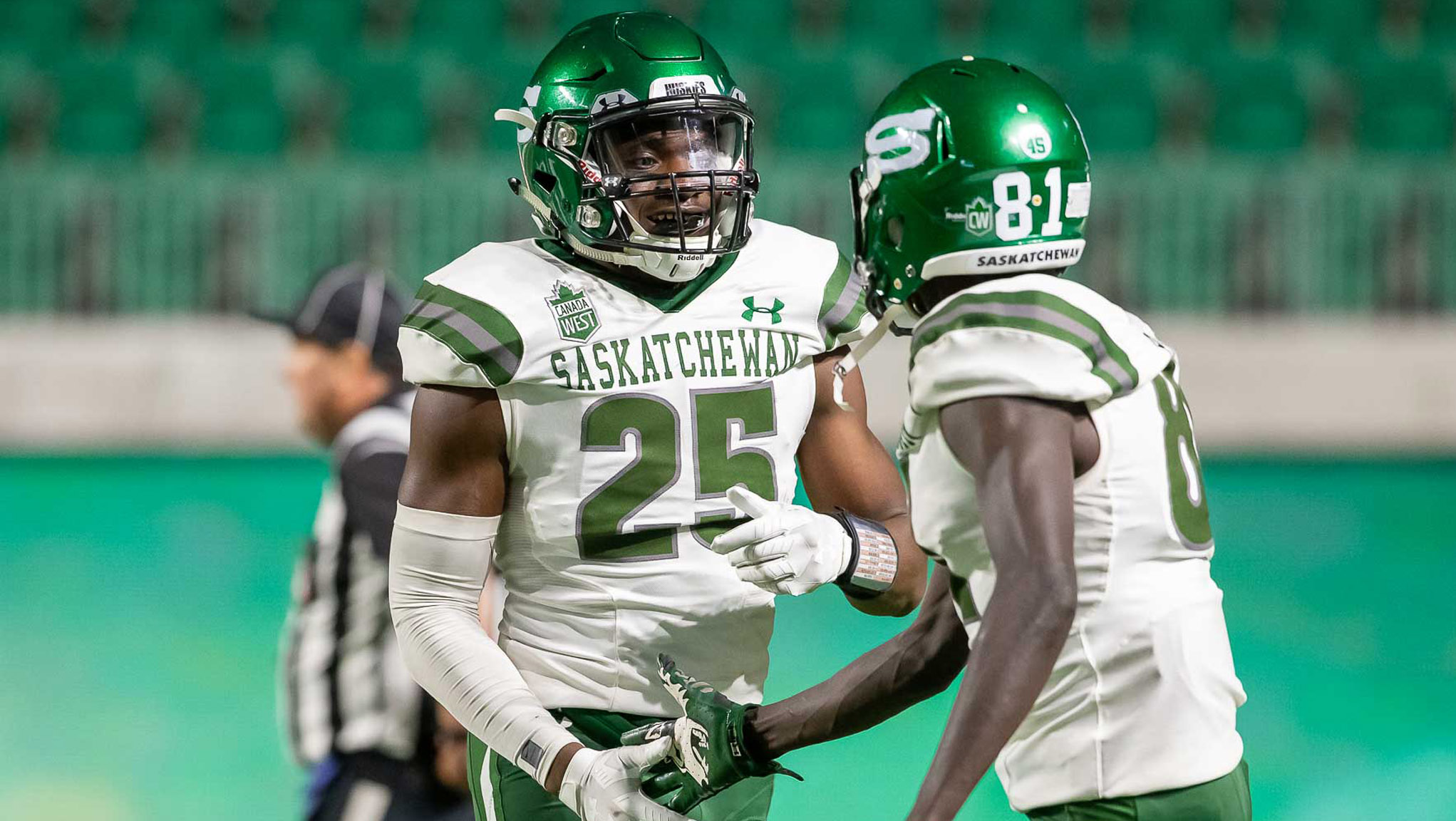 TORONTO — The Saskatchewan Roughriders have selected University of Saskatchewan defensive back Nelson Lokombo second overall in the 2021 CFL Draft.

Lokombo, who was ranked 17th in the Spring CFL Scouting Bureau Rankings, was a force for the University of Saskatchewan in 2019, winning the Presidents’ Trophy as the country’s best stand-up defensive player. During that year he had 39 tackles, six tackles for loss, three sacks, five interceptions, four pass breakups, and one forced fumble.

That also earned him Canada West’s Most Outstanding Defensive Player Award and Canada West All-Star honours. Lokombo was also named a U SPORTS First-Team All-Canadian for his efforts.

MORE DRAFT COVERAGE
» Draft Tracker: Follow along with every pick
» Everything you need to know ahead of the 2021 CFL Draft
» Saskatchewan’s Lokombo excited to make CFL dreams come true

In 30 career games with the Huskies, Lokombo has 115 tackles, 10 interceptions, six tackles for loss, three sacks, and two forced fumbles.

The Riders cemented their status as a West Division powerhouse in 2019, winning 13 games under first-year head coach Craig Dickenson and winning first in the division following Chris Jones’ departure to the NFL.

Quarterback Cody Fajardo’s emergence certainly played a part, but the Riders also boasted the league’s top-ranked defence, allowing just 294.4 yards per game en route to a division final and an appearance in the Western Final.

Lokombo addresses an immediate ratio need on that side of the ball following the departure of linebacker Cameron Judge, the former first round pick who signed with the Argos in the off-season.