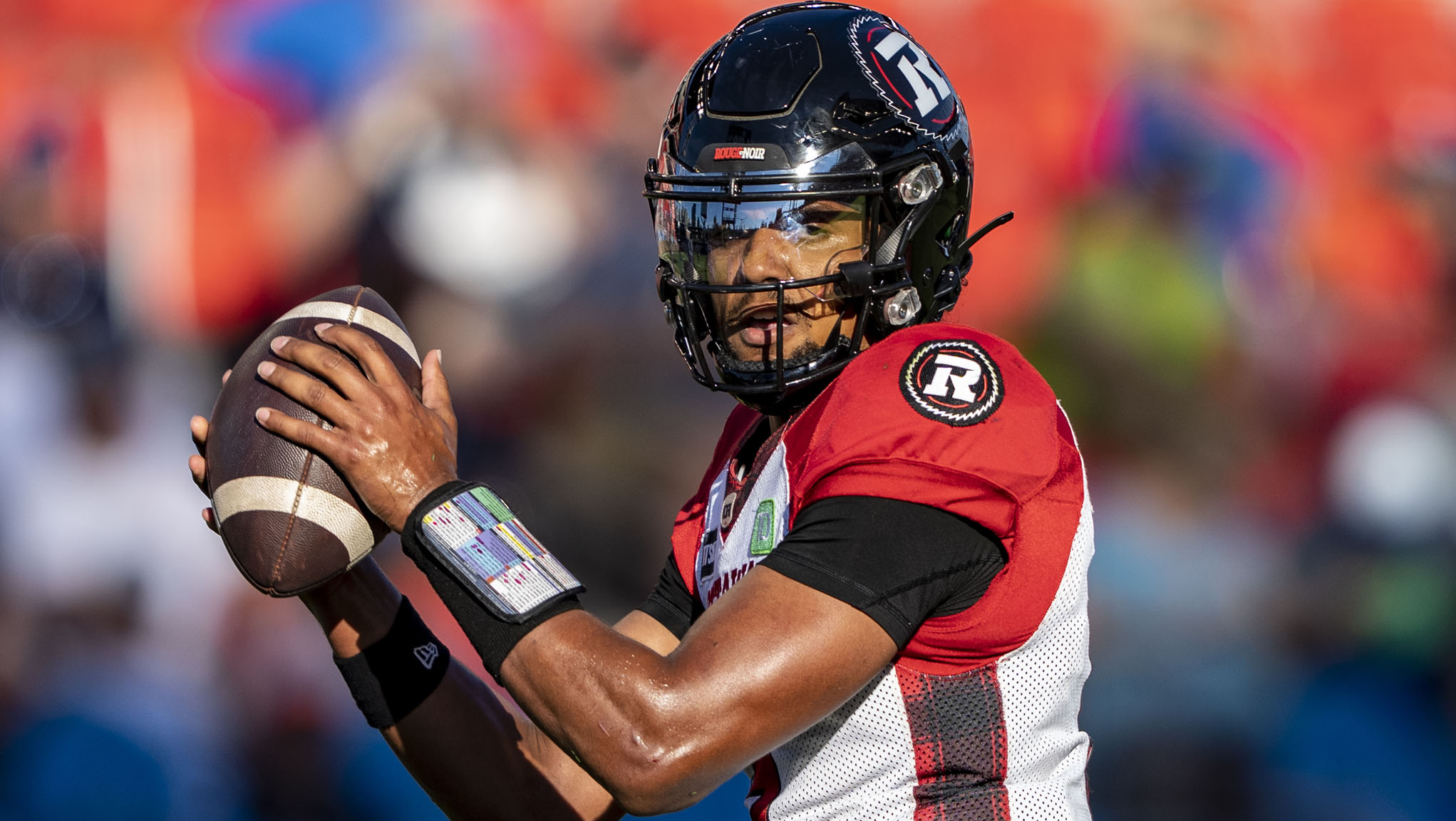 But in the long term, and in the much bigger picture that consists of a long, fruitful career as opposed to just one victory, the goal might be this: Be a little more like Bo.

As the 24-year-old quarterback gets set to lead the Ottawa REDBLACKS into battle against Bo Levi Mitchell and the formidable looking Calgary Stampeders, Evans comes off a very strong showing against the Toronto Argonauts, looking to build on the personal upward momentum he has created.

“I certainly think there’s a growth to him,” an impressed but cautious REDBLACKS’ head coach Paul LaPolice told TSN 1200 radio this week. Then, he made it clear there is work to do.

“We’ve got to keep continuing to develop him as a pocket passer,” LaPolice said of Evans, who was named a CFL Performer of the Week after leading his team to a 23-13 win over the Argos. 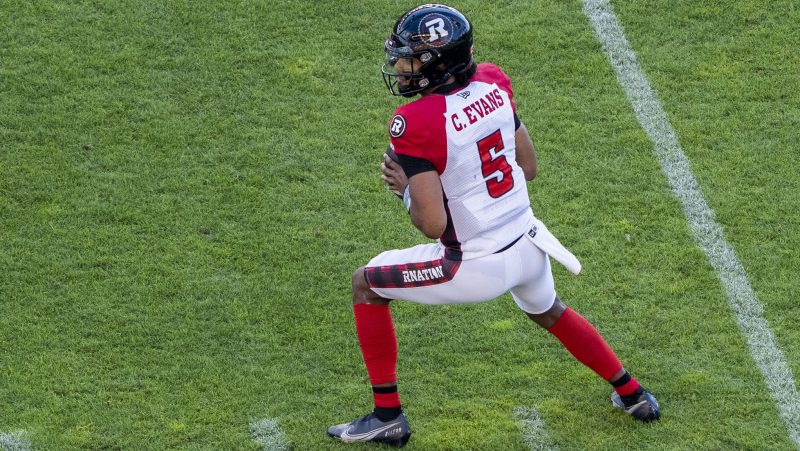 Evans is building momentum as a starter in the wake of Jeremiah Masoli’s injury. Coach Paul LaPolice wants him to increase his completions and rely less on his scrambling ability (Kevin Sousa/CFL.ca)

In the man who’ll quarterback this week’s opponents, Evans will see a style of quarterbacking quite different from his own, and an element or two gleaned from it might just take the young hopeful to another level.

Mitchell is, of course, the prototypical pocket passer, relying on good protection, proper reads and disciplined receivers to make his air attack work. It’s been that way for years, now, with Bo’s running game long ago put to bed after a career high 232 yards amassed in 2014.

Mitchell’s 11-yard run against Winnipeg last week was just his seventh rush of the year, and equalled his longest of last season when he rushed a total of four times in 14 games.

He is a very different type of quarterback than is Caleb Evans. At least right now.

I would not suggest that LaPolice would ever dream of wanting Evans to be exactly the kind of quarterback that Mitchell is. Evans’ running abilities are a real weapon. But more of a passer and less a runner?

Indeed that is what the head coach is after.

In his rookie year, Evans dodged, weaved, spun and sprinted for 345 yards over eight games. He was a ‘run first and ask questions about quarterbacking later’ kind of guy. In these last two weeks, though, he has appeared to be growing in the ways that LaPolice is craving and if the trend continues, the REDBLACKS will indeed really have something in the young quarterback, something that they did not think they’d need to — or could — count on when bringing in veteran Jeremiah Masoli in a big off-season signing.

With Masoli being injured and with the REDBLACKS then making a deal to bring in Nick Arbuckle on July 11, many of us assumed we’d being seeing him and not Evans starting in this game. Evans’ first start of the season, Week 6 against Hamilton, was unimpressive but in the two games since — first against Montreal and then against Toronto — he has looked more decisive and comfortable as a passer, so Arbuckle instead goes in as QB2.

If a building confidence in himself and of being in the pocket are to be a big part of Evans’ renaissance in 2022, there is something else at play here, too and it’s not something you can ever count on. But if and when it comes, it is immense.

Something is building between Evans and receiver Jaelon Acklin, the league’s leading receiver with 687 yards in seven games. Over the last two games, the two have combined for 12 completions and 230 yards including one ‘off-script,’ 30-yard touchdown against Toronto.

“We’re not really pushing that,” said LaPolice of the duo’s strengthening connectivity. “It just kind of shows up in certain plays.”

If there’s one thing that can make a quarterback feel more like Butch Cassidy, it’s finding a Sundance Kid he can go to in crunch time.

And if there’s one thing that can endear a player to a head coach, it’s understanding the assignment. In the development of Caleb Evans, that’s a big one and LaPolice got that in Toronto last Sunday.

LaPolice said he went into that game stressing to his young quarterback that Evans needed to make completions — wherever the targets might present themselves — against a defensive secondary that was certain to play a lot of zone. With Evans completing 24-29 passes (and one of those incompletions being a purposeful throwaway), the coach was immensely satisfied.

Now the job at hand is to make sure there are more days like that ahead for Evans. Beating Bo would rank as one. Being just a bit more like Bo would probably lead to many more.