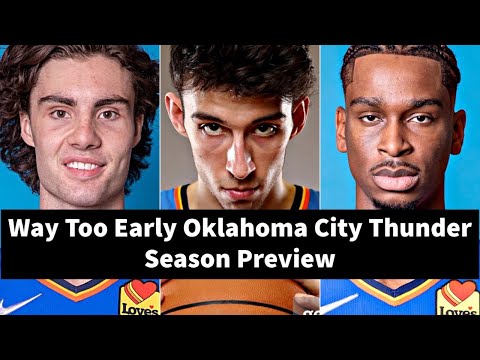 Ads by Amazon
Share on Facebook
Share on Twitter
Share on Pinterest
Share on LinkedIn
This was draft No. 2 for the Thunder in their rebuild, and they walked away with three lottery picks in Chet Holmgren, Jalen Williams and Ousmane Dieng. This is a big addition to an already crowded roster of developing young players. Holmgren will undoubtedly start from Day 1, and Jalen Williams will make an impact from the bench. They drafted their second Williams (Jaylin) at No. 34 in hopes that he can serve as a bench big who takes a lot of charges, a la Nick Collison. The Thunder also handed out two contracts to a couple of tenacious, beefy role players in Luguentz Dort and Kenrich Williams. Both players have fascinating stories from undrafted to generational money and will both serve as tone-setters for the Thunder on the defensive end. They also re-signed Mike Muscala to be one of the adults in the room.

Thanks for watching and stay tuned for more!

I own none of the footage in the video, it is intended for the purposes of critique and education.