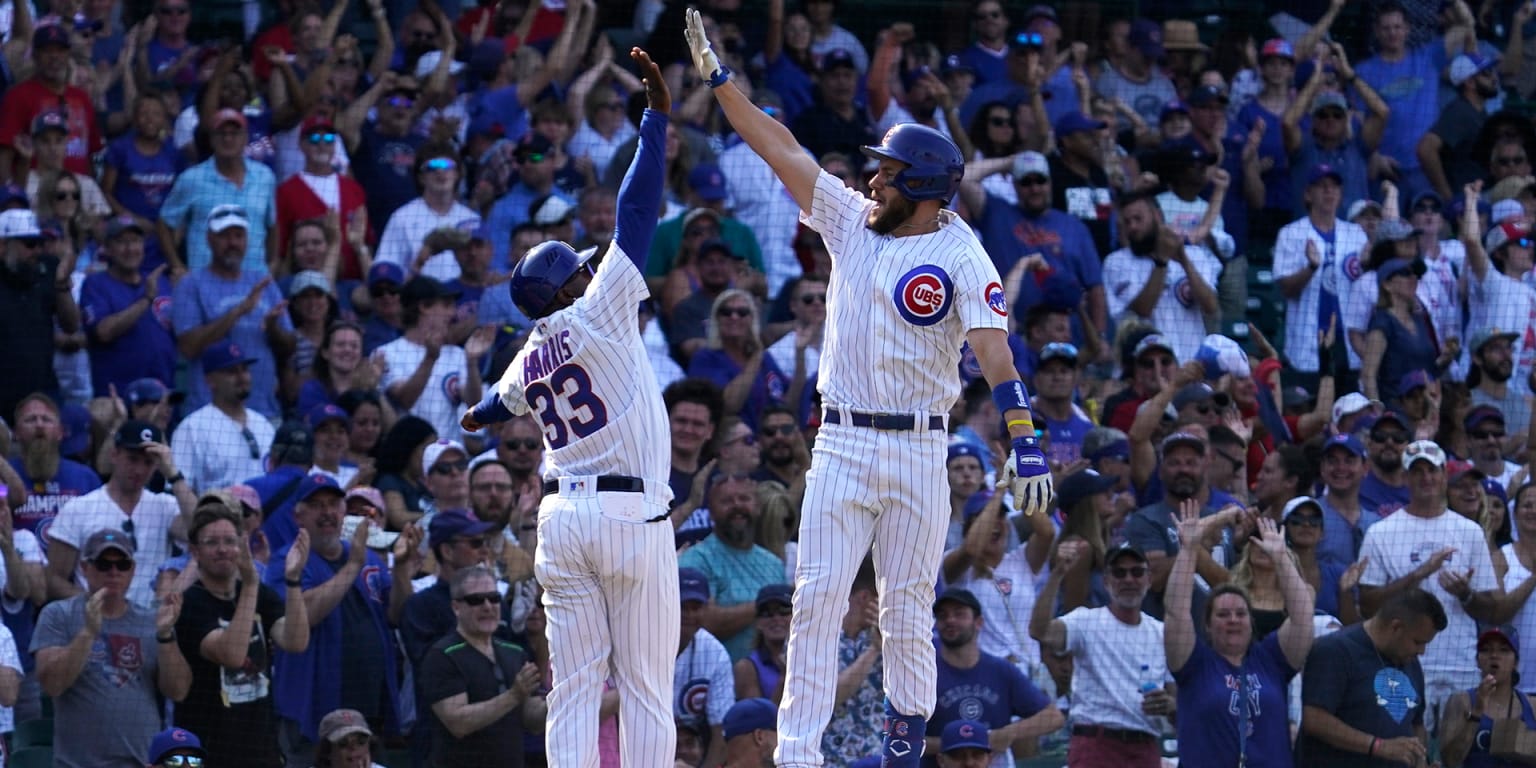 CHICAGO — Patrick Wisdom sat in the dirt in the right-handed batter’s box, still gripping his bat with both hands, chewing gum and staring out at the field. The Cubs’ slugger had just been knocked down by a high-and-tight fastball from Red Sox lefty Matt Strahm.

After shifting back into his stance, Wisdom attacked that next pitch from Strahm, sending the fastball soaring to the bleachers in left-center field on Sunday afternoon. Ultimately, the game-tying, eighth-inning blast that had Wrigley Field rocking only delayed a 4-2, 11-inning loss.

For Wisdom, though, it continued a recent stretch of more consistent offense. And a moment like that always provides a dose of satisfaction when the previous pitch was a little too close for comfort. That was clear when Wisdom took seven slow steps while admiring a Statcast-projected 450-foot shot.

“A pitch up and in is never fun, whether it’s intentional or not,” Wisdom said. “It’s just not a good spot. To hit a homer after that, it feels pretty good, especially that one.”

Testing out a new style of bat
Last season, Wisdom had conversations with former Cubs teammates Anthony Rizzo and Joc Pederson about a modified “hockey puck” style handle they were trying out. Those chats continued into this year with Cardinals slugger Paul Goldschmidt, who has been putting up lofty statistics.

“I used it in BP a couple times,” Wisdom said. “And then in the offseason I saw another one. It’s just more so experimenting, like, ‘This seems to work for guys. Let’s give it a shot and see what happens.'”

On May 17, Wisdom made the switch after his bat provider — Homewood Bat Co. in Chicago’s south suburbs — had some made for him. Wisdom said his model is 35 inches and 33.5 ounces, which is larger than his regular bat (34 inches and 31 ounces).

“Normal bat, that’d be huge. It’d be almost like a training bat,” Wisdom said. “But, since the weight is below my hands and that inch is off, it’s playing like my normal bat. I think the weight below my hands allows my direction and the swing to start in a better spot.”

Wisdom has picked moments to return to his old bat going back to May 17, but he headed into Sunday’s action with a .245/.350/.484 slash line in 42 games in that stretch. Against the Red Sox, he went 1-for-5, but that one hit was the towering solo homer. It actually came with his old bat.

The fact that Sunday’s shot came with his previous lumber shows that the success is part science, part feel and, perhaps, part placebo effect.

“He’s stuck with it for a while, but in recent weeks we’ve seen him switch bats,” hitting coach Greg Brown said. “Really, I think that just comes back to feel. At that moment, ‘What feels right in my hands?’ And now I’m going to go compete. I think a lot of the work he’s put in, and growth as a hitter, have led to it. It doesn’t have to be the bat solely making the positive effect.”

Wisdom’s work behind the scenes
Another part of Wisdom’s offensive improvement over the past six weeks or so has been an altered mentality. The third baseman tends to be his hardest critic and a drought could easily begin to spiral into a prolonged, strikeout-heavy down period.

“I’ve shifted the perspective,” Wisdom said, “that getting out of a valley is getting a base hit, when in reality it could be hitting the ball hard, swinging at a pitch I want to swing at, walking. So, I’ve been able to shrink the valleys in that sense.”

Brown said that is precisely the message they have tried to preach with Wisdom.

“A 4-for-4 sounds great,” Brown said. “But not if it’s a negative-contact 4-for-4, versus an 0-for-4 game where you crush balls. I think the calming effect is understanding how the organization values you. So I think we’ve done a nice job of educating that part of his process.

“And then also just him on a daily basis, working with us. I think our hitting staff has been able to give him not only physical training, but there’s been a ton of just the human side of it. And understanding of the ebb and flow and being in there in his corner every day.”

The change in bat, improved mindset and pregame work in the cage — Brown noted that Wisdom uses a variety of training bats as part of his daily routine — has added up to a more consistent version of Wisdom.

Last year, Wisdom set a single-season rookie record for the Cubs with 28 homers, but struck out at a 40.8 percent clip. Prior to May 17, his strikeout rate was up to 41.3 percent through his first 32 games. In the next 42 games leading up to Sunday, that had been cut down to a more manageable 30 percent.

“He has stayed true to his zone, making good decisions,” Cubs manager David Ross said, “knowing the damage comes in the middle part of the plate and not getting outside of that, I think has stood out to me and our hitting guys. What he’s doing is putting together a really nice year for himself so far.”