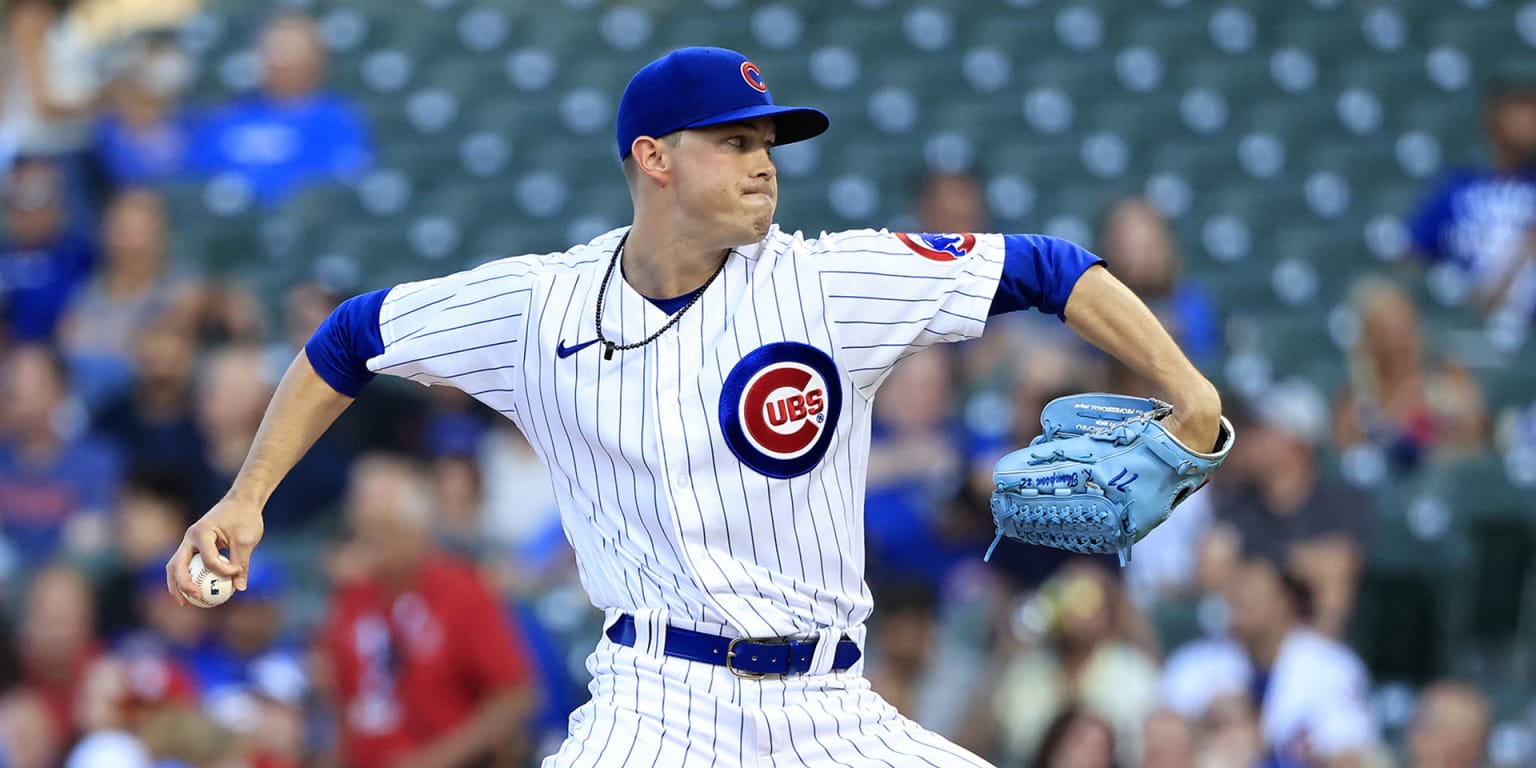 CHICAGO — Keegan Thompson spun a pitch that wound up bouncing to the dirt in the left-handed batter’s box in the sixth inning on Tuesday night at Wrigley Field. Still, it looked tempting enough out of the hand to entice a swing from Kyle Farmer, eluding the end of his bat by roughly a foot.

It was another look at Thompson’s latest weapon — a new sweeping slider.

“It’s just something that guys haven’t seen yet,” Thompson said this past weekend. “I’m always trying to work on some things. I threw it a couple times in my last couple starts, but I’m still trying to get a feel for it.”

In a 5-3 loss to the Reds, Thompson logged a career-high 6 1/3 innings and added eight strikeouts against no walks. He was charged with four runs (two scoring after his exit), but it was another step in the pitcher’s development, and a chance for him to keep testing his shiny new toy.

“Some really bad swings on that,” Cubs manager David Ross said. “For me, his fastball has set up everything. He throws so many early on that when those guys see fastball out of hand, that same direction, [they swing].”

Why did Thompson add the slider?
During his time in the bullpen, Thompson led with his four-seam fastball and then leaned on his cutter and curveball as his main secondary offerings. The righty also has a sinker and changeup that he works into the mix.

The cutter is primarily used with the goal of inducing weak contact and the curve — while Thompson will throw it to both lefties and righties — is most effective against left-handed batters. For swing-and-miss to right-handed hitters, the Cubs felt a modified sweeper/slider fit well within Thompson’s arsenal.

“It’s a good pitch,” Cubs assistant pitching coach Daniel Moskos said. “But if you’re looking for swing-and-miss, chase, whiff and looking for punch to righties, you need something that moves a little more horizontally that can run them out of bat.

“And so, we felt like this is a weapon that allows him to do that.”

As Thompson continues to settle into a starting role — in which turning a lineup over multiple times is the goal — he was on board with adding this new wrinkle to his repertoire. He had thrown a slider as a Minor Leaguer, but it moved too similarly to his curve. This new pitch has more lateral movement.

How did Thompson gain trust in the pitch?
The Cubs did not want to introduce a new pitch to Thompson’s repertoire during Spring Training. At that point, it was about building up his innings and preparing him for whatever job presented itself come Opening Day. He wound up earning a multi-inning relief role.

Trying to work on a new pitch while serving that role was tricky, so the Cubs held off until regular between-start bullpen sessions arrived following Thompson’s move to the rotation. That is the ideal testing ground for tweaked grips or new pitches.

“In the past,” said Moskos, whose focus is pitch design, “it might take an offseason or several bullpens, and then you try to find a place to sneak one into the game here or there to try to build some confidence and trust in it.

“Whereas now, with all the information we’re able to collect on it, you can build confidence in the bullpen with it and know that you’re pretty ready to go into the game with it.“

Moskos said Thompson loves using the advanced pitch data during his bullpen work to see if what he sees and feels on the mound aligns with the numbers. That process helped the pitcher reach a point where he was ready to try the new slider in his June 17 start against the Braves.

“The fact that they’re using it in-game is super impressive,” Ross said. “And to have confidence in that and have success, I think that builds on, ‘OK, I can trust this, I believe in it,’ and it’s going to continue to get better.”

What do the early results tell us?
Thompson fired nine pitches that Statcast read as slider during his start against the Braves. One was put in play for an out. In his next start on Wednesday in Pittsburgh, the righty featured it seven times, including once for a swinging strikeout against Diego Castillo.

“You get the numbers from data and spin rates and all the movement,” Thompson said. “But I think the confidence comes by picking the right spots when you have an opportunity to try to work on it in a game.“

Against the Reds, Thompson leaned on his four-seamer (42 percent), cutter (21 percent) and curve (18 percent), but did fire eight sliders. He had three whiffs on three swings with the pitch, including a pair of strikeouts (Donovan Solano in the fourth and Farmer in the sixth). Both were GIF-ready sweepers that tailed far from their swings.

Per Statcast, the MLB average spin rate for a slider is 2,411 RPM. Thompson’s registered a 2,889 RPM average in his start against Cincinnati. Marquee Sports Network analyst Lance Brozdowski noted that the pitch has a 125 Stuff+ rating (25 percent above the average breaking ball) via Driveline Baseball’s system.