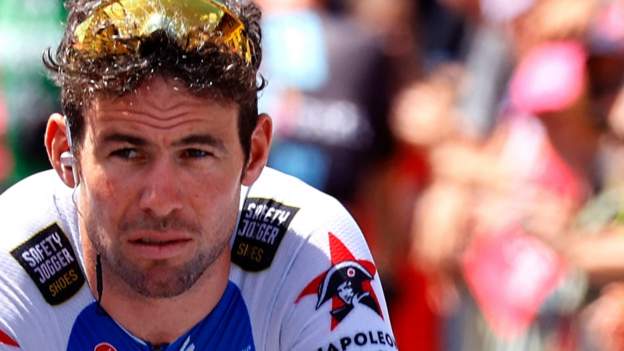 Mark Cavendish will not ride the Tour de France, despite equalling the all-time record for stage wins last year.

Cavendish, 37, had been hopeful of selection after winning the British road race title on Sunday, as well as several other races this season.

But it was always in doubt as his Quick Step-Alpha Vinyl team have long since planned for Dutch sprinter Fabio Jakobsen to compete instead.

The Tour begins in Copenhagen, Denmark on Friday.

Those successes were the high point of a fairy-tale comeback in 2021 after three years of poor form caused by injury and illness, during which at one point he signalled his intention to retire.

Cavendish’s form has been good again this season, and he said he is “going so much better than I was this time last year” after winning the British title on Sunday.

He won a stage in May’s Giro d’Italia – when BBC Sport first reported it was unlikely he would compete in the Tour – and also became the first ever Briton to win the Milano-Torino one-day race in March.

Cavendish, who will be a reserve rider for the Tour, would have had the chance this year to surpass Merckx’s record by winning one more stage.

Despite Cavendish’s form and his reputation as one of the greatest sprinters of all time, Dutchman Jakobsen, 25, has won more races this season.

The team said that, despite the disappointment, riders not selected “showed a lot of professionalism [and] continued to train and remain focused”.