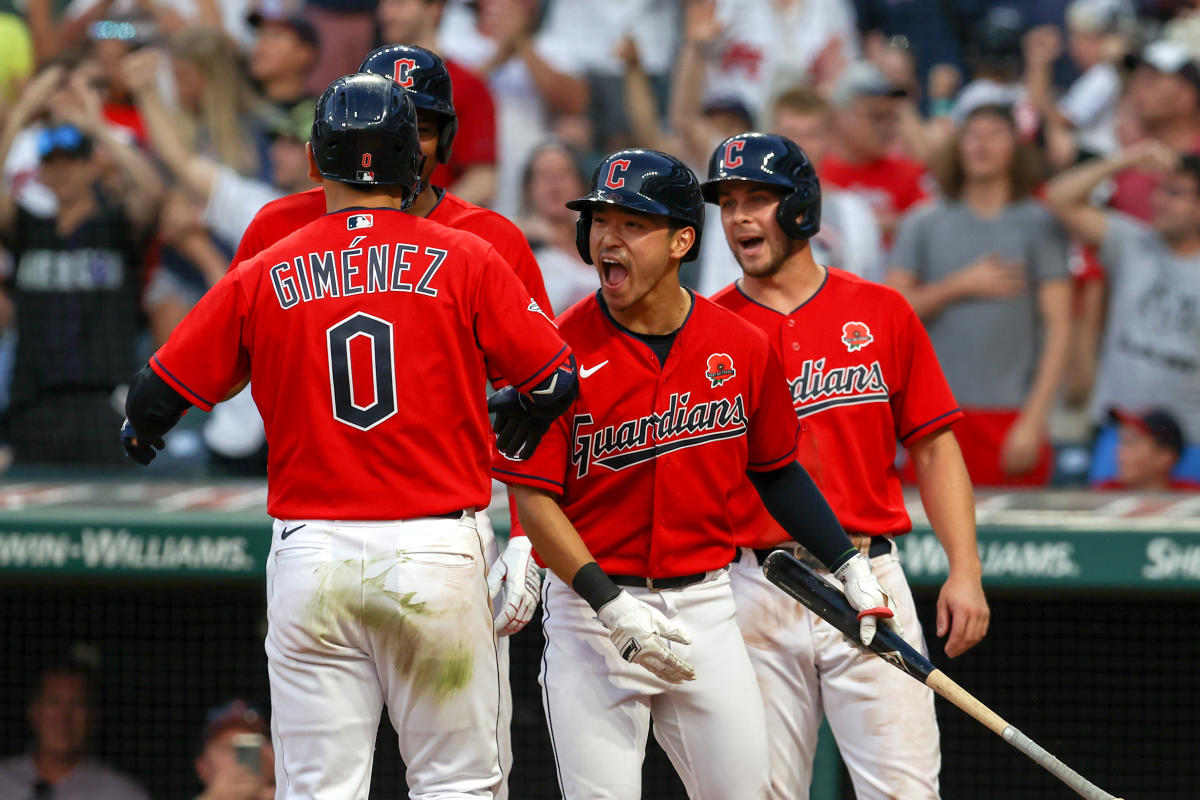 If you’re like me, the duel for a division lead this week in Minnesota snuck up on you. The Cleveland Guardians came to town to face the Minnesota Twins one game back in the AL Central and departed in a virtual tie, percentage points ahead with a very clear message delivered: There are more new names to know than just the one across their chest.

Cleveland entered the season as the forgotten middle child of the AL Central. They weren’t the favorites (the White Sox), or the rebounding team that swooped in to sign Carlos Correa (the Twins), and they weren’t making moves and calling up top prospects in an attempt to rise from the ashes of an extended rebuild (the Royals and Tigers).

It appeared they were sticking to a frustratingly frugal modus operandi: Ride Jose Ramirez, Shane Bieber and excellent pitching development to a solid baseline and hope things break right to reach for 90 wins.

What has bloomed in 2022 is a team with an offensive identity beyond “Jose Ramirez heroics or bust.” After a middling but unlucky start, the Guardians are 20-10 over their last 30 games, the 4th-best record in the big leagues over that span. That’s particularly notable when no one else in the AL Central has even played .500 ball.

With two rollicking wins this week before dropping the finale, Cleveland caught Minnesota in the current standings and set the AL Central division odds at FanGraphs on a deliciously precarious perch: The Guardians, Twins and White Sox all have roughly a 1/3 shot at the crown.

What’s more, they looked … fun? With Cleveland firmly in the running, it’s time to familiarize yourself with the wave of contact hitters that has resuscitated its lineup and playoff hopes.

Cleveland’s recent lineups … did not rock

Over the past decade, Cleveland has been particularly successful at identifying and developing pitchers. The Guardians have made the playoffs five times and pushed a World Series Game 7 to extras largely on the back of an almost magic penchant for taking nondescript arms and turning them into literally Corey Kluber, Shane Bieber and the like.

But it wasn’t totally on the back of that. They also developed two cornerstone position players — Francisco Lindor, whom they traded, and Ramirez, whom they have now extended twice.

In the years since that World Series run, a dearth of successful homegrown hitters — and an unwillingness to spend money on outside talent — has severely hampered them. As the Los Angeles Angels and Philadelphia Phillies continually prove, no team can win totally on the basis of one superstar.

On the superstar front, Ramirez is about as good as any. He has been the third-best position player in baseball since the start of 2017, by FanGraphs WAR. So far this season, he is batting .301 with 16 homers and 12 steals, racing Aaron Judge for an AL MVP nod.

The degree to which Ramirez has floated this offense in recent years is hard to overstate.

For the 2020 and 2021 seasons, Cleveland’s offense from all positions other than Ramirez’s third base managed only a .231/.300/.382 slash line. That put it in a tie for third-worst in the majors with an 86 wRC+, a park-adjusted measure of offense. The Guardians’ on-base percentage was bottom two, and their strikeout rate was among the six worst.

Finally, it appears Cleveland has found some dynamic support around Ramirez.

This year, the Guardians’ lineup has MLB’s best strikeout rate and stands 11th in runs per game, a needle-moving improvement. Where’s it coming from? Well, the new names.

The Guardians have the youngest lineup in baseball, by average batter age. And the youngest among them are powering the surge. Steven Kwan, Andres Gimenez and Oscar Gonzalez are all 24 or younger and have a penchant for action.

Kwan has cooled off from a hot start, but his signature skill — never striking out — remains elite. His 7.5% strikeout rate is MLB’s lowest (just ahead of Ramirez). He’s combining that with a strong walk rate to bat .283 and reach base at a .363 clip.

Gimenez, a key piece of the Lindor trade, has broken out with a .304 batting average and seven homers. His strikeout rate is only a smidge below the 22.2% MLB average, but he complements his offense with strong baserunning and excellent middle infield defense. He is mostly playing second base, but should perhaps get a look as the primary shortstop if Amed Rosario doesn’t pick it up with the bat.

The newest face is Gonzalez, who just made his major-league debut a month ago. In 25 games so far, he’s batting a scorching .323. He had huge hits in the Minnesota series, aggressively putting the bat on the ball from a closed stance. It remains to be seen how much of this Gonzalez can sustain when pitchers get a longer look at him — he has appeared susceptible to high fastballs thus far — but even with regression, he could be an important threat after blasting 31 homers across two levels of the minors last year.

Another young face is not new, but back. Slugger Josh Naylor, 25, missed most of last year after a grisly leg injury, but has wielded a thunderous bat so far. He also boasts a low strikeout rate — 16.9% — to go with eight homers.

There remain serious black holes in this lineup. The catchers have an abysmal .526 OPS. Myles Straw plays great defense in center field, but his total lack of punch with the bat may demand an upgrade.

A team solidly in contention, though, is progress that may spur at least some trade deadline upgrades.

In a way, the Guardians have gotten here by assembling a lineup of post-hype or no-hype prospects with echoes of their greatest success, Ramirez.

Now 29, the franchise player who accepted a deal far below his likely market value to stay in Cleveland was not heralded as a young player. He gained notice by making contact, drawing walks and playing strong defense at multiple positions, by making things happen in any way possible. In the majors, he kept all of that and then used elite hand-eye skills to add power by consistently pulling the ball in the air.

Every team is looking for their version of Ramirez, but those are exceedingly hard to find. In a medley of players with one or two of those key traits, the Guardians may have enough to make another run for the AL Central.