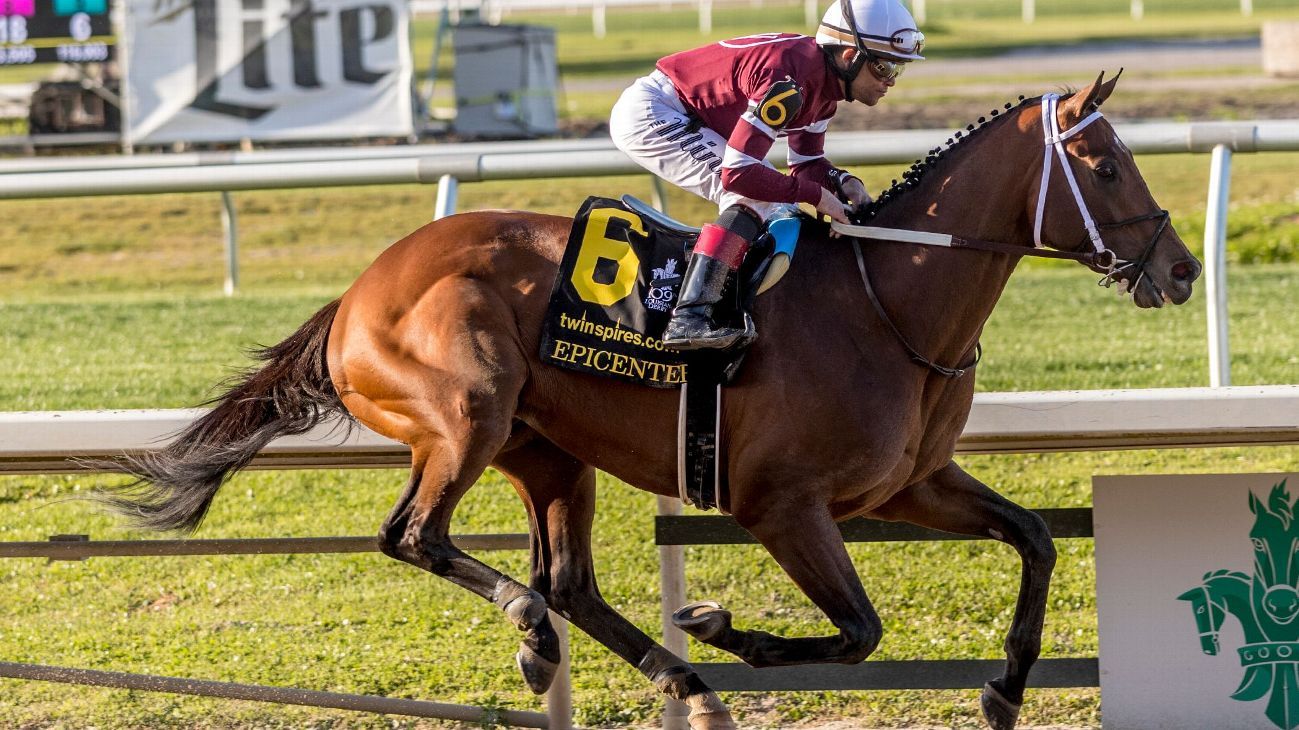 BALTIMORE — Kentucky Derby runner-up Epicenter was set Monday as the 6-5 morning line favorite for the Preakness Stakes, which will be run without Rich Strike.

The surprise Derby winner at 80-1 is not in the field of nine for Saturday’s $1.65 million race at Pimlico. Rich Strike’s owner felt the two-week turnaround did not give the colt enough rest and plans to enter him in the Belmont.

Epicenter, who drew the No. 8 post, and fourth-place finisher Simplification are the only horses back for the Preakness from the Derby, which Rich Strike won with a furious charge down the stretch. Simplification is 6-1 and drew the rail spot with the No. 1 post position.

Kentucky Oaks winner Secret Oath is the third betting choice on the morning line at 9-2 after Hall of Fame trainer D. Wayne Lukas opted to enter the filly in the Preakness. She drew post position No. 4.

Early Voting is the 7-2 second choice after skipping the Derby. Trainer Chad Brown targeted the Preakness for Early Voting, who drew the No. 5 post position.

While Taiba and Messier aren’t in the Preakness, there is a Bob Baffert presence in Armagnac, a late entry whom the two-time Triple Crown winning trainer transferred to Tim Yakteen. Baffert is serving a suspension in Kentucky for medication violations and would not have been allowed to saddle any horses in the Preakness. No. 7 Armagnac is 12-1.

Beyond Rich Strike, a handful of other horses expected to run in the Preakness were removed from the field before the draw.

Un Ojo, the one-eyed gelding whose bruised foot kept him out of the Derby, was taken out of consideration Monday after the injury flared up. Trainer Ricky Courville reported veterinarians looked Un Ojo over and said, “He’s not 100 percent.”

Brown’s Zandon was also a possibility for the Preakness but now might also skip the June 11 Belmont with eyes on the Travers Stakes this summer at Saratoga.

NBA draft buzz: Is Paolo Banchero a No. 1 pick option? Plus the latest intel
Nationals vs. Orioles Game Highlights (6/22/22) | MLB Highlights
Who were the surprise standouts from offseason NFL workouts? Here’s a pick for all 32 teams
Meet the Scottie Barnes of this draft class
Not in Chiney’s house 😤 | WNBA on ESPN