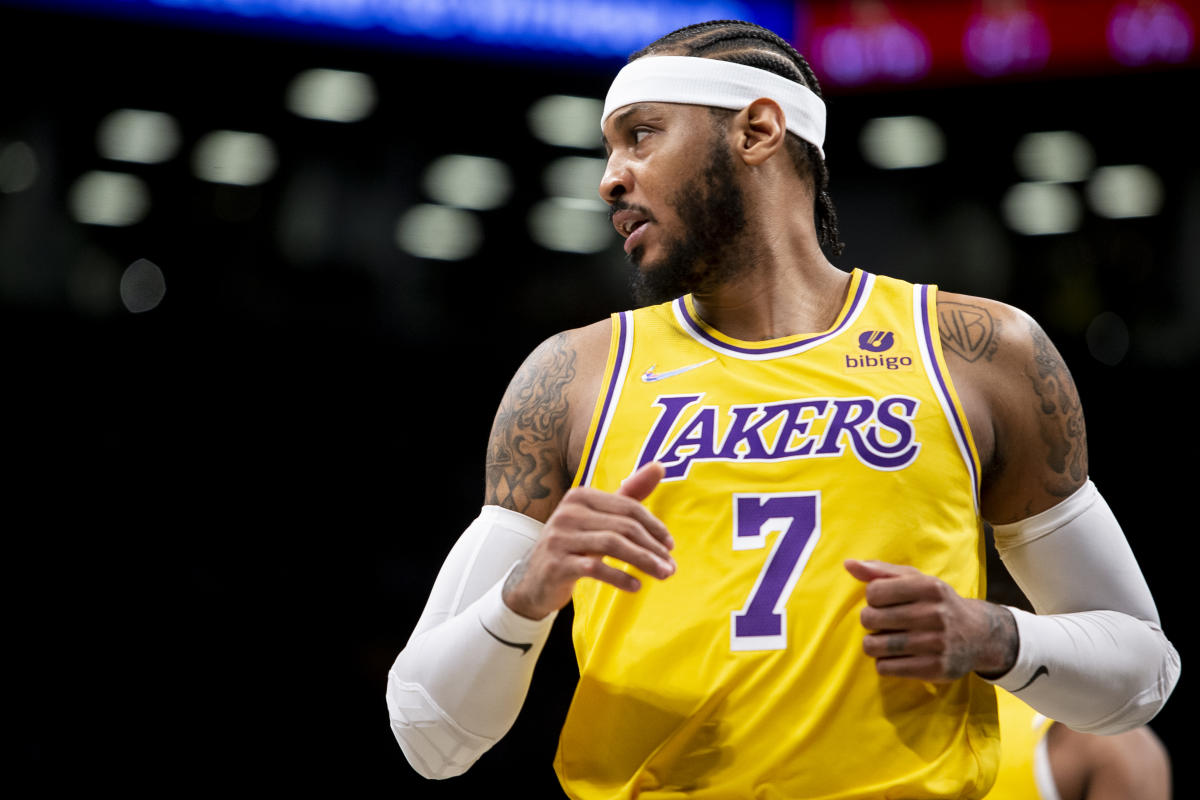 Two fans were ejected on Thursday night after they got into it with Carmelo Anthony late during the Philadelphia 76ers’ 105-87 win over the Los Angeles Lakers.

Anthony, near the midpoint of the fourth quarter at the Wells Fargo Center, suddenly started marching over toward a pair of 76ers fans standing just behind the row of courtside seats during a dead ball. Clearly upset, Anthony started yelling at them before an official held him back.

The fans had apparently been yelling at Anthony for several possessions. The two fans were quickly ejected from the game.

According to Yahoo Sports’ Chris Haynes, one of the fans kept calling Anthony “boy” and yelled both “get in the corner boy” and “keep shooting boy” repeatedly.

Sixers fan that was ejected for taunting Los Angeles Lakers star Carmelo Anthony kept calling him a “boy” and yelling “get in the corner boy” and “keeping shooting boy,” league sources tell @YahooSports.

Anthony finished the night with nine points and three assists in 26 minutes off the bench.

Joel Embiid led Philadelphia with 26 points, nine rebounds and seven assists in the win, its third straight. Tobias Harris added 23 points while shooting 10-of-15 from the field, and Tyrese Maxey dropped 14 points with 10 rebounds.

Anthony Davis, though dealing with a new wrist injury, led the Lakers with 31 points and 12 rebounds in the loss. Russell Westbrook added 20 points. The Lakers were without LeBron James, who was ruled out with left knee soreness. As a team, they shot just 6-of-29 from behind the arc.

The incident marks just the latest of its kind in the NBA in recent months. A fan sitting courtside during a Lakers game against the Suns in October was ejected after an incident with Rajon Rondo.

There was a string of fan incidents in the NBA last year shortly after the league opened arenas back up for the first time amid the COVID-19 pandemic, too. A 76ers fan dumped popcorn on Westbrook when he was playing with the Wizards, a Knicks fan leaned over rapper and entertainer 50 Cent to spit on Atlanta Hawks star Trae Young, and several Utah Jazz fans made inappropriate comments to Memphis Grizzlies star Ja Morant. Immanuel Quickley had a beer thrown on him, and then Kyrie Irving had a water bottle thrown at him — which led to that fan being arrested.