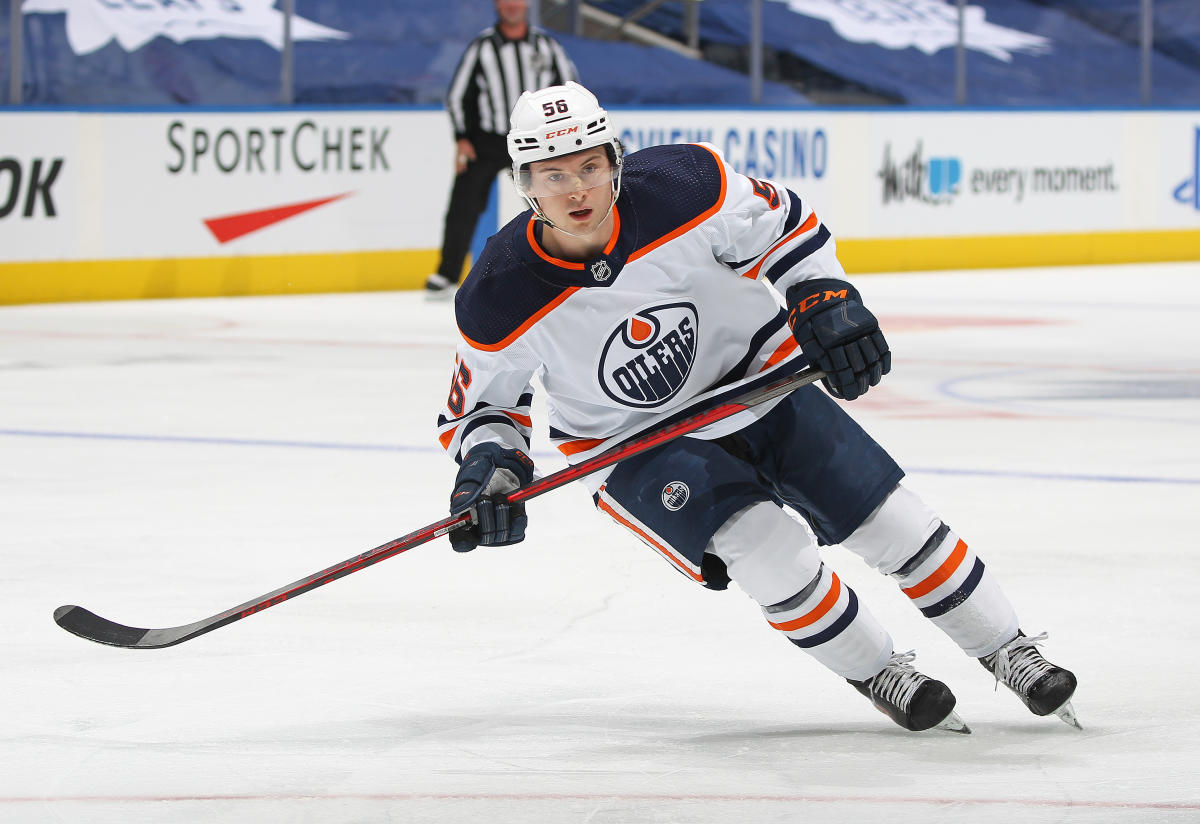 While those topics have grabbed recent hockey headlines, let’s focus on fantasy. Besides the absentees, none of those areas directly affect our lineups. And we can’t really do anything to stop players from missing games.

Don’t forget to head to RotoWire for the latest news and in-depth material to help your daily/weekly activities.

Almost included a repeat, but opted for a new candidate who deserves consideration. See if you can figure out who it is below.

It wasn’t long ago when Kubalik posted 30 goals in his initial NHL campaign. He’s shown reliability for points and shots, yet appears to get less attention in Chicago due to other, more well-known names up front. Kubalik has also been streaky this season but has often turned it around by producing in bunches. His most recent six-game scoreless run has been countered with goals in three straight and a power-play assist on the Blackhawks’ first unit. With a place in the top-six and a knack for putting pucks on net, Kubalik should be on more rosters.

Coleman would never be considered a great scorer, but he’s always helped in other areas. That’s the case again this year after only four goals and three assists supplemented by 80 shots, 62 hits, 27 PIM, and 21 blocks across his first three months with the Flames. Coleman has since recovered with three tallies and two helpers to go with 27 shots — including 12 (!) on January 4 — 15 hits and seven blocks. Not much man-advantage duty to speak of, though lining up on Calgary’s second even-strength trio and excellent across-the-board productivity makes him a worthy fantasy addition.

Farabee kicked off the season with three consecutive multi-point showings but soon fell out of favor by only managing a goal from the next 14 games. He’s picked up the pace since returning last month with eight points, 24 shots, and 18 hits while logging almost 20 minutes a night. Farabee has been held without a PPP since Game 3 but has the chance to improve based on his lead power-play role. There’s the downside of a poor plus-minus thanks to the Flyers’ defensive struggles, though his upside can’t be ignored.

Bad health luck has followed Fabbri over his career, yet he’s only missed two games this year. He’s also bounced around the lines but finds himself alongside Tyler Bertuzzi for five-on-five and power play. Fabbri’s two goals and assist from the last seven may be mediocre, though no one will complain about the 24 shots and 15 hits across the same stretch. Detroit’s attack output may not match its talent, but you’re not going to find many players available in more than 90 percent of leagues who are involved in a significant amount of offensive opportunities.

Yamamoto’s endured the criticism about his size for years and has usually proven doubters wrong. He hasn’t fared particularly well this season but has recently received a boost getting to skate at even-strength with both of Edmonton’s elite centers. The 22nd pick from 2017 has recorded seven points in his last seven games while joining the dynamic duo on the league’s most dangerous — and highest-producing — man-advantage. You may want to monitor Yamamoto’s situation the next couple of games before picking him up, though grabbing a dynamic winger before others do sounds like a smart move.

The column has covered a few Preds and that’s probably due to the club’s significant offensive increase compared to previous seasons. With a career-high 30 points, Sissons is by no means a scoring juggernaut. But since Dec. 16, he’s been a notable cross-category achiever, registering two goals, six assists, 31 hits and 113 faceoff wins. Being a third-line center isn’t glamorous, but Sissons has quietly shown that flash and popularity aren’t required to become a serviceable fantasy player.

It’s no surprise Boldy has started quickly in Minnesota considering he tore through both the NCAA and AHL at more than a point-per-game pace. The Wild’s first selection in 2019 has already clicked with Kevin Fiala, accumulating four points, nine shots and a plus-7 averaging 16:27 across his opening four outings. Boldy was placed on the taxi squad Tuesday, but should be good to go Friday. And even if the stats start to regress, he’s too talented to be available in more than 95 percent of leagues.

Jarnkrok’s first 12 appearances for the expansion franchise proved to be forgettable by failing to find the scoresheet. But since missing more than a week, the veteran has gone off for four goals, six assists, 23 shots and 52 faceoff wins. Jarnkrok is also a lead member on both special-teams groups while posting three PPPs. With how frequently the Kraken roster has fluctuated, there’s no guarantee he’ll remain with the first man-advantage or top-six. But Jarnkrok has done enough lately to fit somewhere in your lineups.

Even with a win Tuesday, Montreal still occupies the bottom of the standings. That fact alone may deter poolies from adding many of its players, especially someone who’s struggled with only four points after notching more than 40 in each of the last four campaigns. However, Petry has come alive in the last three games with a goal, assist, six PIM, 10 hits and six blocks. Chris Wideman has often operated as the Habs’ lead power-play blueliner when available, though you’d assume Petry will eventually retake his place at the top of the food chain.

While never elite, Lindell has at least been a reliable performer most of his NHL career. The offense won’t wow anyone, yet he sometimes heats up to add to an already impressive haul. That happened last week when Lindell produced points in three straight to go with six shots, eight hits and six blocks. With a bit man-advantage role and substantial penalty-killing position among his 23-plus minutes — and he’s locked into the top-four — he qualifies as a fine lower-lineup pickup.

I mistakenly dropped Durzi following five scoreless games, so he naturally notched a goal and two assists last Thursday. The shot, hit and block totals are adequate, though his appeal mainly comes from recording six of his 11 points on the power play. Durzi’s ice time is below average and Drew Doughty will keep acting as the Kings’ main attacker from the back end, but the 23-year-old easily ranks as their second-best offensive D-man.

Could Moser be the next great Swiss defender? If we go by his initial North American numbers, that could ultimately happen. Moser carried over the 30 points from his final season in his home country to post 12 in 18 AHL games. And it only took him three outings with the Coyotes to get noticed with a two-goal performance. Moser would impress again Monday with two more points. His responsibilities have already started to decline, however, with the return of Jakob Chychrun, so keep an eye on his progress before adding him.

Since Jordan Binnington came back from COVID protocols mid-December, he’s gone 3-3 with a 3.75 GAA and .892 save percentage. Husso also missed time with a lower-body injury, though he’s posted three consecutive wins accompanied by a 1.67/.947 line. That’s obviously a small sample size for the Finn and Binnington may still be shaking off the inactivity, but it’s not as if the latter was stellar with a 2.81 GAA in 12 appearances before being sidelined. If nothing else, Husso should start one of the back-to-backs this weekend and provide security should Binnington continue to underperform.

Seven consecutive outings isn’t anything to brag about unless the most recent one involved stopping 48 of 51 shots. That’s just what Montembeault did Tuesday in Dallas, marking Montreal’s first regulation victory since Nov. 27. With Jake Allen out indefinitely and Carey Price‘s return unknown, Montembeault will probably hold on to the No. 1 role. That doesn’t exactly sound like a suitable fantasy addition considering the Habs aren’t great defensively, but he’ll help if you’re looking for a fill-in and your league counts saves.