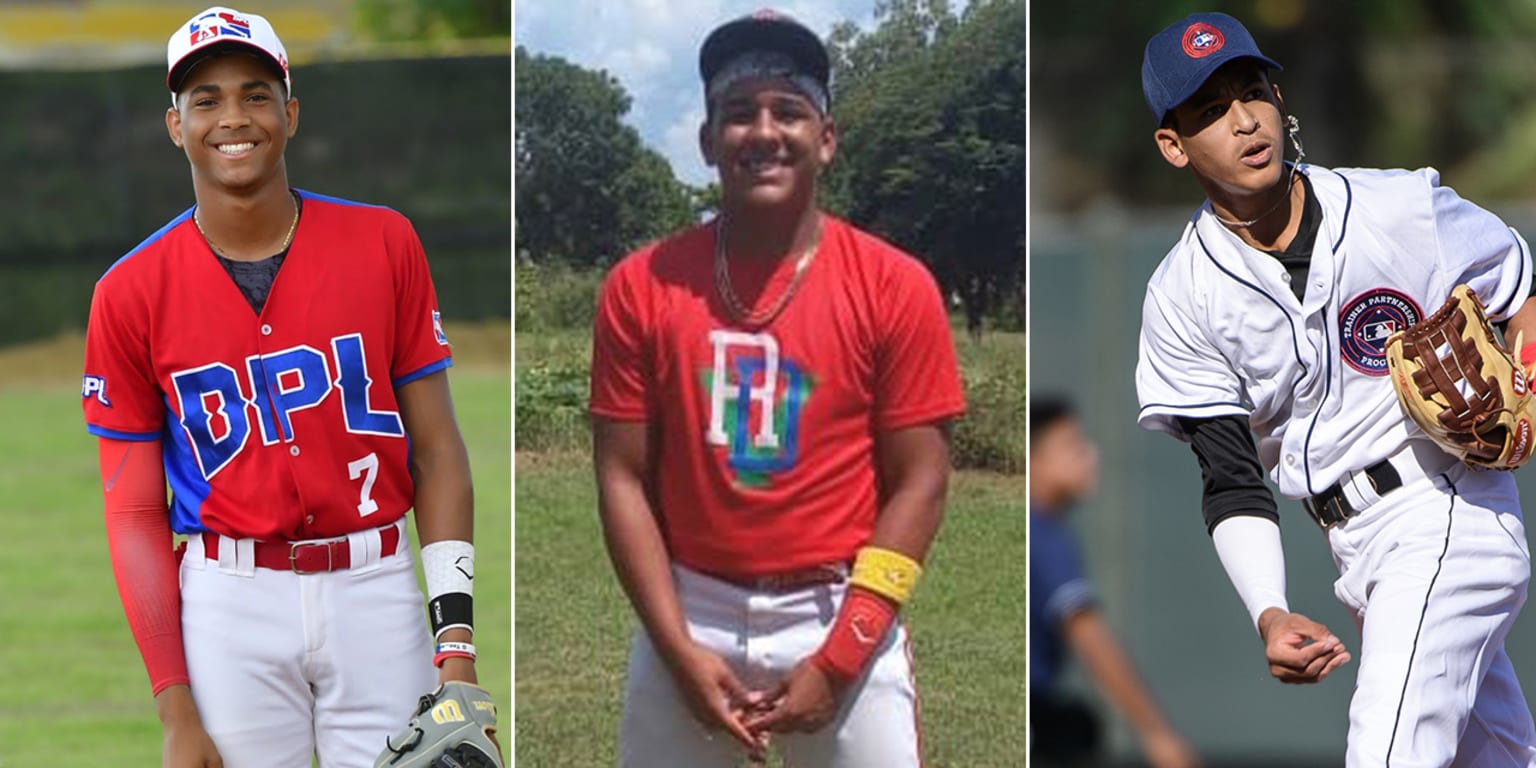 The Red Sox have been among the most active teams on the international market during the last year, and it shows.

According to industry sources, the club has agreed to a $1.1 million deal with shortstop Freili Encarnacion, who ranks No. 19 on MLB.com’s Top 50 International Prospects list; catcher Johanfran Garcia, No. 34, for $850,000; and shortstop Fraymi De Leon, No. 50, for $1.2 million.

Encarnacion projects to have plus power and already shows the ability to hit high and deep home runs. It helps that he has a disciplined approach at the plate and a good feel for the strike zone. He has shown the ability to spray the ball across the outfield, and he has a knack for squaring up the ball and driving it up the middle.

On defense, the 16-year-old shows good hands, a plus arm potential and will have a chance to stay at shortstop. He could make the switch to third base if he outgrows the position.

Garcia is better known for his bat over his defense at this stage of his career, but he is making strides on the defensive side. For now, the 17-year-old has a great feel for hitting and performed well at the plate in games and showcases.

He has displayed the ability to spray the ball all over the field with authority and has what has been described as “sneaky” power to his pull side.

On defense, Garcia has average hands and projects to have an average arm. He moves well behind the plate and continues to work on his blocking and receiving skills.

De Leon has a line-drive approach at the plate with gap-to-gap power. He’s already a fringe-to-average runner. On defense, the 17-year-old is a twitchy shortstop with solid defensive actions and a decent arm that should keep him at the position.

The current rules also state that teams are not allowed to trade any of their international pool money. Signing bonuses of $10,000 or less do not count toward a club’s bonus pool, and foreign professional players who are at least 25 years of age and have played in a foreign league for at least six seasons are also exempt.