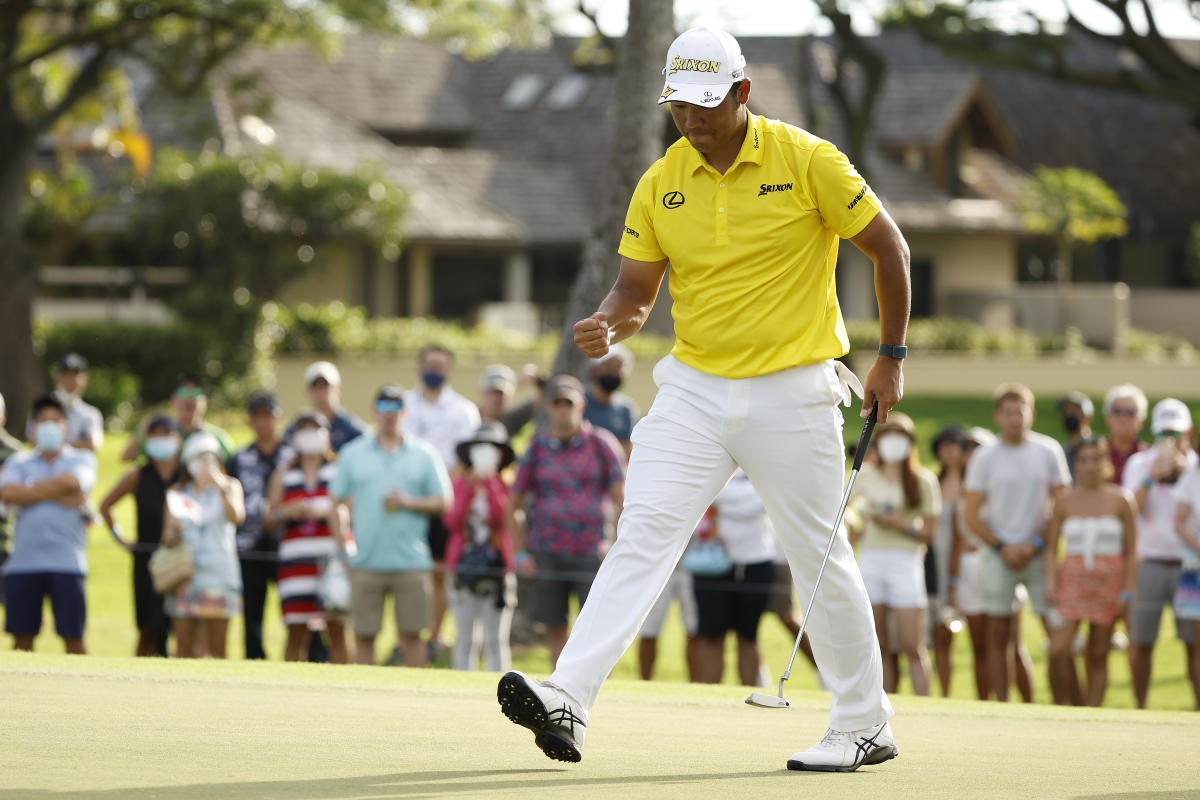 Thanks to a wild Sunday rally, Hideki Matsuyama has picked up his first win in 2022.

The reigning Masters champion pulled himself out of a five-shot hole to force a playoff before beating Russell Henley to claim the Sony Open on Sunday.

Matsuyama has now won twice already this season and twice in his last three starts following his win at the Zozo Championship in October. The eight-time Tour winner, who is the only two-time winner on Tour so far this season, finished T13 last week at the Sentry Tournament of Champions.

Henley, after leading nearly the whole way in Honolulu, flew ahead to a five-shot lead on Sunday after an incredible finish to his front nine, where he made three birdies and an eagle in his final four holes.

Henley, though, bogeyed early on the back, and Matsuyama made back-to-back birdies to close the gap to just two. Matsuyama then made birdie on the 15th with a long putt to get just one back.

Matsuyama, though, missed birdie putts on the next two holes while Henley parred, which sent him to the final hole with the lead.

That didn’t last long. Matsuyama ripped a 338-yard drive on the par-5 18th while Henley found the bunker off the tee. Matsuyama then reached the green in two and two-putted for birdie to grab a share of the lead.

Henley’s birdie putt to win then was just off the mark — which sent the two into a playoff.

Henley’s drive on the playoff hole found the bunker again while Matsuyama easily stuck his approach just feet from the cup. Henley then missed the green on his approach, which allowed Matsuyama to tap in his eagle and claim the win.

Matsuyama posted a second straight 7-under 63 on Sunday, which brought him to -23 on the week. Henley, who held the 54-hole lead, has now blown such a lead six times in his career. Kevin Kisner and Seamus Power finished tied for third at 19-under on the week.