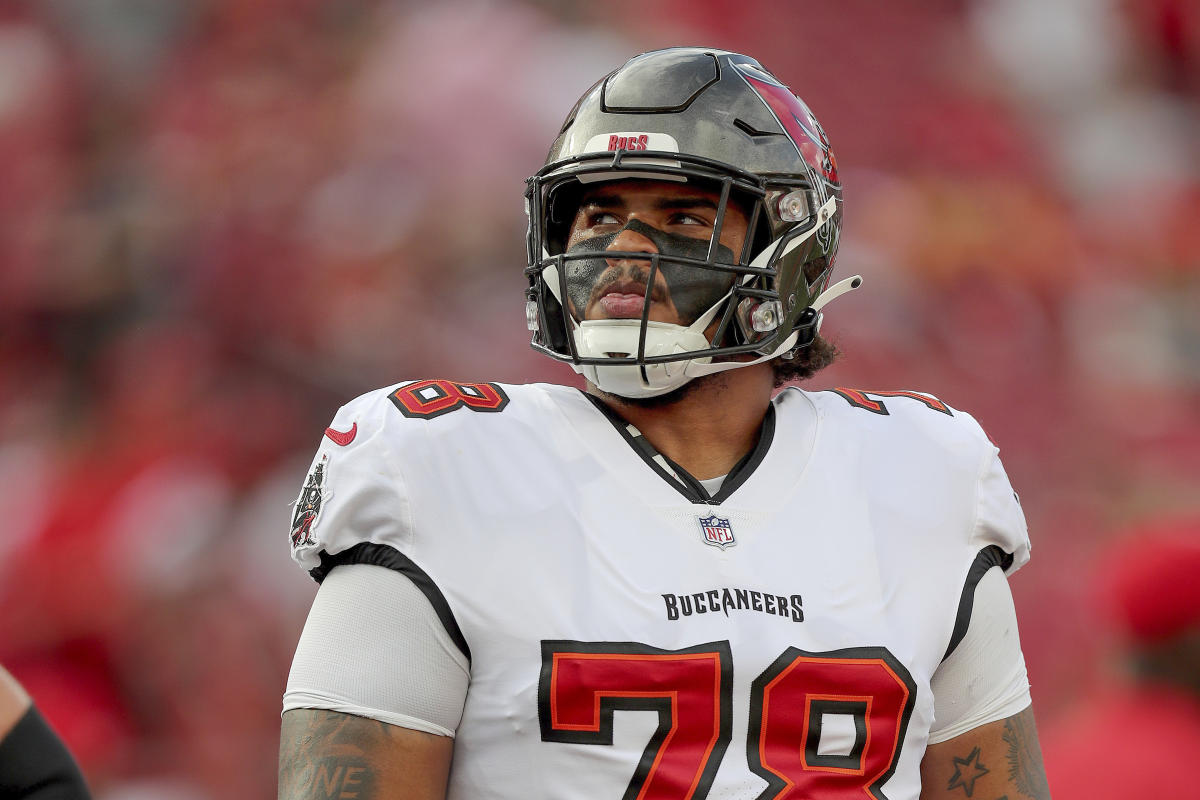 The Tampa Bay Buccaneers have suffered another big injury on offense.

In the Bucs’ playoff opener Sunday against the Philadelphia Eagles, All-Pro right tackle Tristan Wirfs went down with an ankle injury on the Bucs’ fourth play from scrimmage.

Wirfs was helped off the field, walking very gingerly. He was immediately ruled questionable to return.

Here’s a look at the play where Wirfs got hurt:

Amazingly, it led to the first missed snaps Wirfs’ two-year career. The 13th overall pick in the 2020 NFL draft started every game and played every offensive snap for the Bucs the past two seasons, including the playoffs.

Josh Wells, who started five games for the Bucs this season, replaced Wirfs. And they were no worse for the wear on the first drive, scoring on a 2-yard Gio Bernard run to take a 7-0 lead.

Wirfs began working on the sideline again after having his ankle heavily wrapped.

The Bucs then took a 14-0 lead on their third series, but center Ryan Jensen appeared to be rolled up on during Ke’Shawn Vaughn’s TD run. Jensen walked slowly off the field following the score, but he was out on the field on the Bucs’ next offensive drive.

The Buccaneers already are without running back Leonard Fournette for this game, and earlier this season they placed wide receiver Chris Godwin on injured reserve.