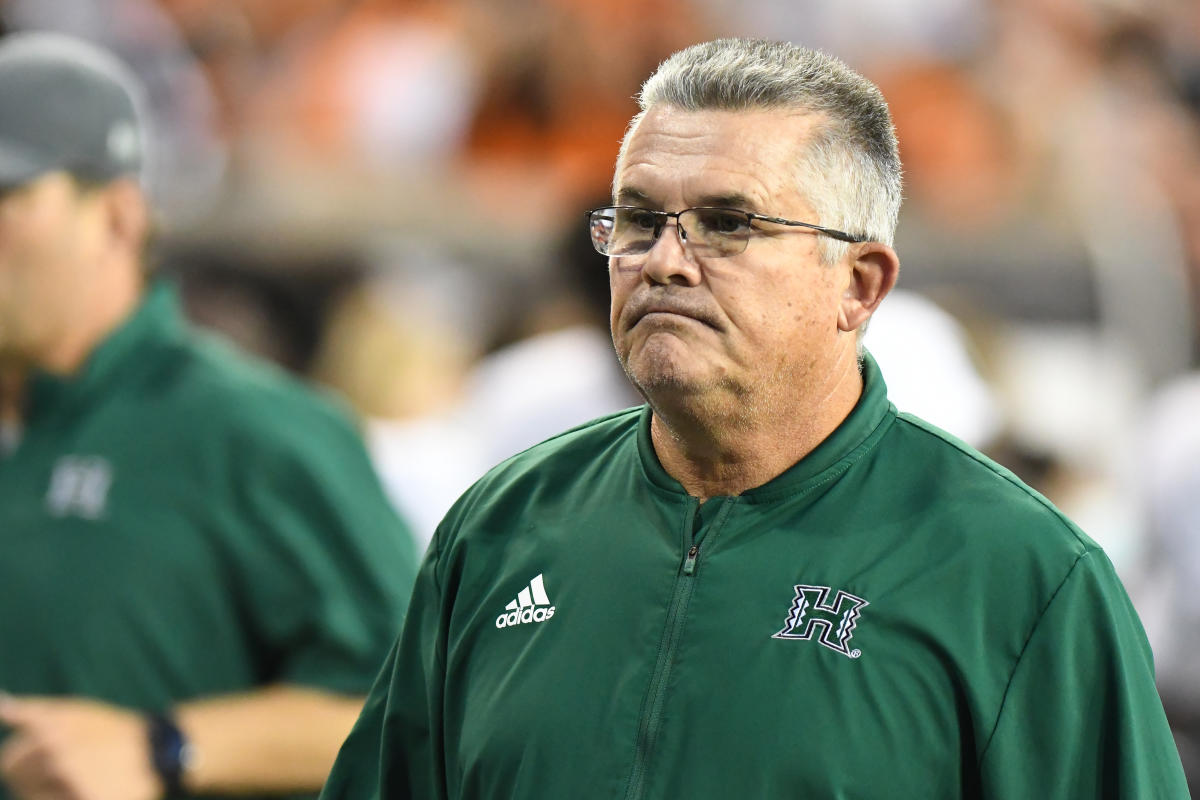 Todd Graham has stepped down as Hawaii’s head football coach after two seasons.

The school made the announcement at around midnight ET on Friday night, about a month after a report surfaced about players accusing the coach of abusive and disrespectful behavior.

Graham denied the report, which included current and former players claiming the coach verbally assaulted and demeaned them regularly.

In the weeks that followed, Hawaii saw its bowl game canceled due to a COVID-19 outbreak on the team and several prominent players then leave the program.

Graham blamed the exodus on the transfer portal.

Eventually, Graham also decided to split town. He was just two years into a five-year contract, and the school in its statement seemed to indicate he won’t be receiving any buyout cash.

Graham resigned so aside from normal reimbursements and compensation earned, no additional monies will be owed to the coach.

He finished his tenure with an 11-11 record, guiding the Rainbow Warriors to bowl games in each of his seasons. Graham, 57, has also served as head coach of Rice, Tulsa, Pittsburgh and most recently at Arizona State.

In his official statement, Graham said his resignation was his own decision.

The University has not asked me to step down. I am leaving solely for my family and my health. We have laid a strong foundation for future success, and I will always be cheering you on!

The timing of the news is unusual given how far the program is into its offseason. Almost all coach openings around the country have been filled as teams are in the thick of recruiting season.