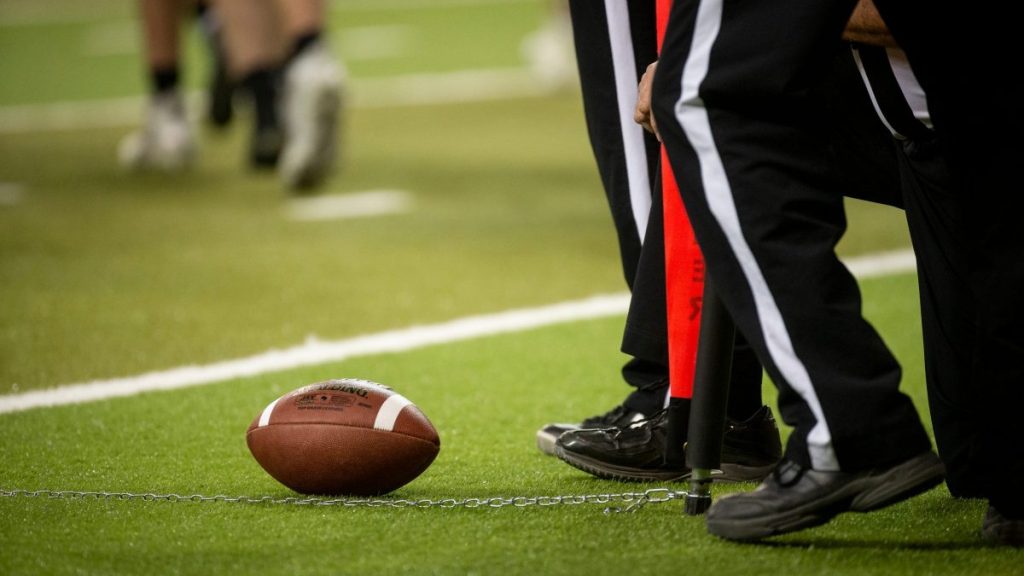 California School for the Deaf-Riverside fell short of accomplishing its goal of winning a state championship on Saturday night, falling to Faith Baptist by a final score of 74-22.

California School for the Deaf-Riverside entered Saturday night averaging an eye-popping 65.6 points per game, but Faith Baptist’s defense had an answer for the Cubs at every turn, posting a shutout in the second half. Nonetheless, one loss does not take away from what the team accomplished this season.

California School for the Deaf-Riverside made it to a state title game despite having never registered a winning record before this season, with countless winless campaigns sprinkled in over the years. All of the program’s players are deaf, as are its coaches, who signal plays in from the sideline using sign language.

“The world looks at CSTR like, ah, they stink, their program is awful. You know? Oh, they never had a good season,” wide receiver Jory Valencia said through a sign language interpreter. “Here we are. OK, that’s fired us up. And now we’re destroying every game. We’re showing the world we can play.”

What the Cubs accomplished this season should not be defined by their inability to win a state championship. They served as an inspiration for deaf football players and people around the nation, showing that anything is possible with hard work and dedication.