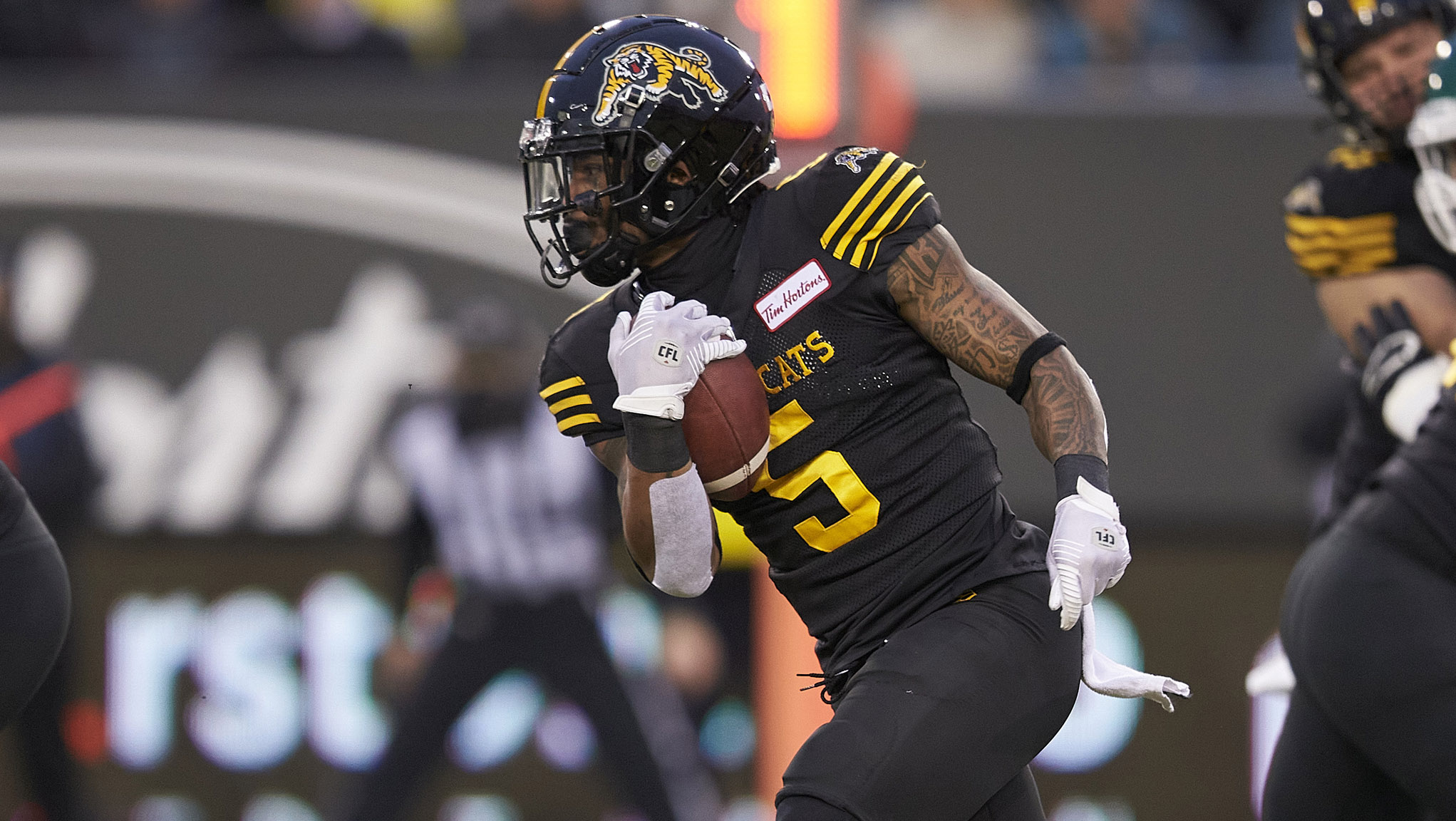 It took a little bit of time for Don Jackson to find himself in the Tiger-Cats starting lineup this year.

With Hamilton rolling with Canadians in the backfield and injuries that hit the 28-year-old this season, Jackson was on the sideline for the majority of the 2021 regular season.

He remained patient and ready as the campaign progressed, waiting for his opportunity to hit the field. And now with three starts in the final stretch of the campaign under his belt, the Ticats are calling on the five-foot-10, 205-pounder in their biggest challenge yet: the Eastern Semi-Final.

“It means the world to me,” Jackson told members of the media when asked what this moment means to him just one day before the playoff contest. “What I’ve been through is just simply what people go through in life. Ups and downs, valleys and peaks. You just kind of have to go with the flow with that. Sometimes things are not going to go in your favour. Sometimes things will. Everybody has their times of ups and downs, I’m just trying to find the best way to not react to it, but respond to it.”

In his three starts this year in black and gold, Jackson made an impact right away. In his first start in Week 13 against the Edmonton Elks, the tailback rushed for 120 yards and a touchdown. The following week against BC saw Jackson with 12 carries for 80 yards to go along with four catches for 56 yards. He also hauled in a major score through the air to go along with four catches for 38 yards and 12 carries for 34 yards in the team’s regular season finale against the Saskatchewan Roughriders.

Jackson has complemented the aerial attack of the Tiger-Cats offence well, especially when grinding out yardage on second down looking for the fresh set.

“Even last game against Saskatchewan, we had a couple second-and-three, second-and-fours where he kinda of got hit at the line of scrimmage and was able to keep his feet going and fall forward for the first down,” said quarterback Jeremiah Masoli. “Stuff like that is priceless to be able to keep the drives going and move the chains. On top of that, he’s an explosive guy. At any point it can be an explosive play so looking forward to him getting out there tomorrow.”

“He’s dynamic,” continued head coach Orlondo Steinauer. “There can be something there and he’ll find a way to get seven. There could be plays where there are seven but he finds a way to get 25. I think he’s a lot tougher than people give him credit for, he falls forward. His play kind of speaks for itself.

Those three starts weren’t the first time that Jackson saw the field in 2021, however. He made an appearance on special teams during Mark’s Labour Day Weekend and took down Argos returner Brandon Calver on the opening kickoff of the second half. He was also thrown into the game in certain packages during that game, tallying four carries for 11 yards, and returned Boris Bede‘s kickoff to start the game.

“We did manage to squeak him in there on Labour Day,” said Steinauer. “I can just remember Don running down on kickoff. We said, ‘well you’re going to have to play teams if you’re going to not start.’ He was like, “I think that’s the first tackle I’ve ever made in my life.’”

While he won’t be making tackles on Sunday afternoon against the Montreal Alouettes, an old friend of his will be looking to do just that whenever the ball is in Jackson’s hands.

Montreal Alouettes linebacker Patrick Levels, who was teammates with Jackson in Calgary in 2018, hopes to help stop the Ticats ground attack and that starts with going head-to-head with Jackson.

With snow in the forecast in Hamilton on game day, Jackson isn’t worried at all about it affecting his ability to run the rock as he looks to help his team defeat the Alouettes and move on to the next round.

“Perfect,” Jackson said, with a smile visible behind his mask, when asked about the forecast. “It’s perfect, exactly what we want. It’s football. Let’s do it.”