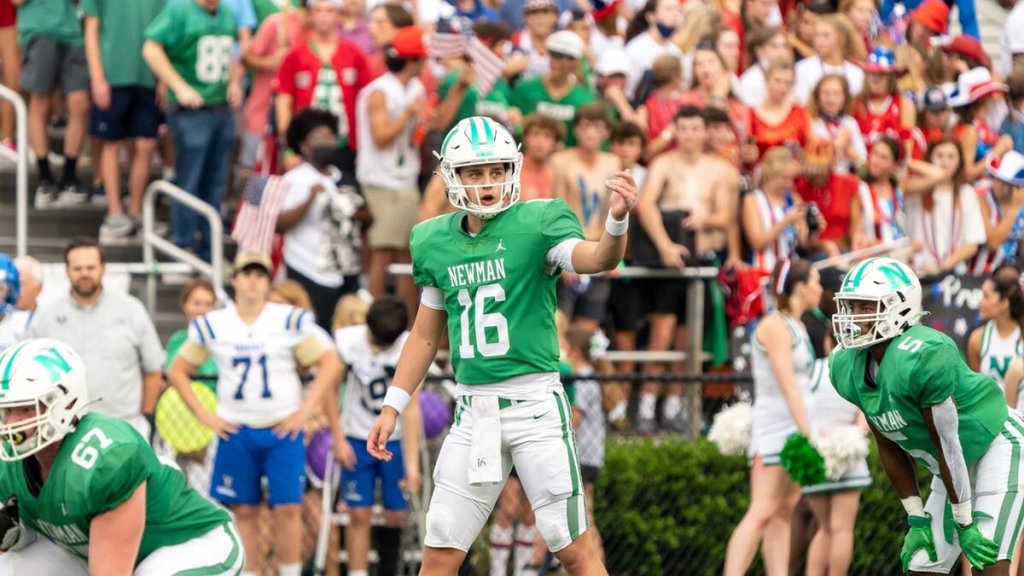 Arch Manning will have to wait another year to lead Isidore Newman to a state championship.

Lafayette Christian Academy scored on its first seven possessions, leaving Manning and Isidore Newman in the dust early in the game. It was Lafayette Christian Academy’s quarterback and not Manning who dominated the semifinal matchup, as sophomore JuJuan Johnson accounted for 385 yards and five touchdowns in the first half alone and finished with 409 total yards and six touchdowns.

Johnson finished 12-14 for 337 passing yards and four touchdowns to go along with 13 carries for 72 yards and two more scores, playing just one series in the second half with Lafayette Christian Academy in control coming out of the locker room.

Lafayette Christian led 42-7 at halftime on the back of three passing touchdowns by Johnson. His fourth and final touchdown pass of the night came with 10:17 remaining in the third quarter, leading both teams to empty their benches. A running clock was implemented at the beginning of the fourth quarter.

Manning went just 7-16 for 52 yards. The star signal-caller scored Isidore Newman’s only touchdown to tie the score at seven in the first quarter, but his night went downhill from there and ended with an interception off a tipped pass in the third quarter.

Manning concludes his junior season with over 2,000 yards passing, 26 touchdowns to just four interceptions. He also rushed for eight touchdowns. Manning and Isidore Newman will have a good chance to get over the hump next season after five straight semifinal appearances, as Lafayette Christian Academy is slated to move up a classification.