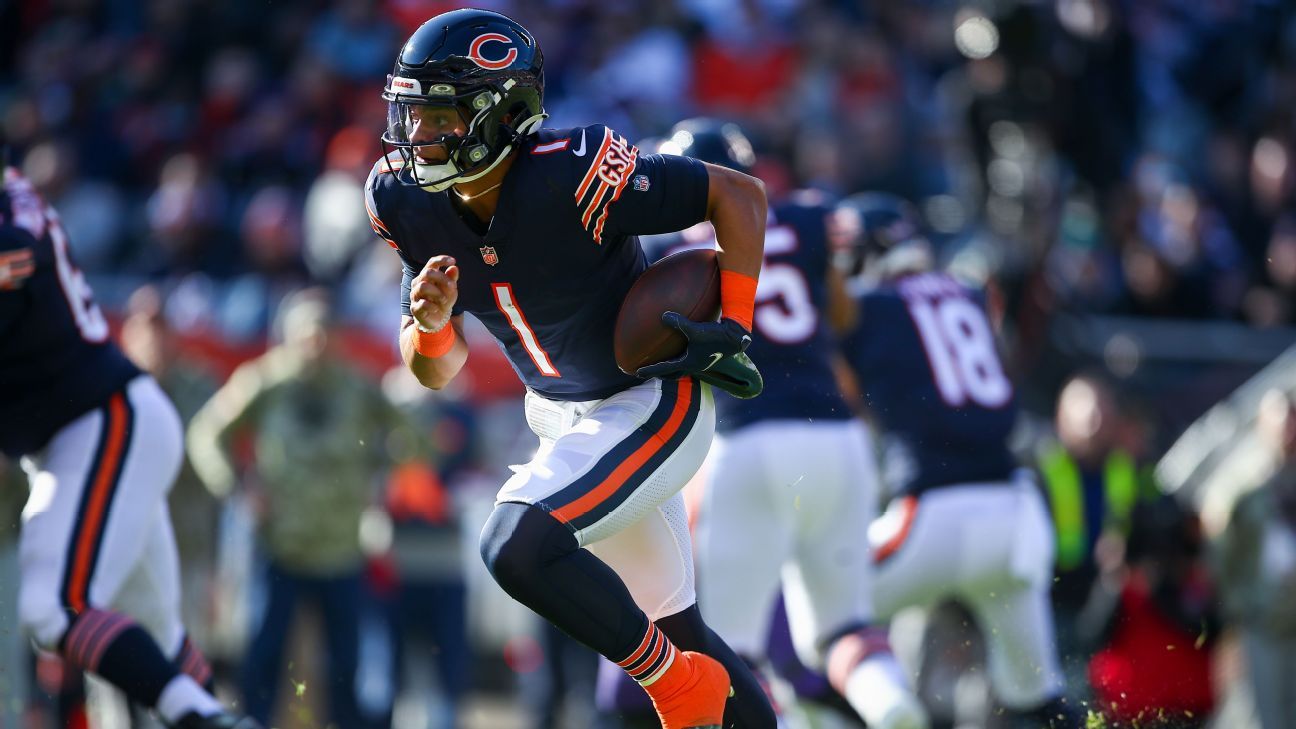 CHICAGO — Bears rookie quarterback Justin Fields was ruled out of Sunday’s game against the Baltimore Ravens in the second half with an injury to his ribs.

Fields walked back to the locker room early in the third quarter after first being examined in the blue medical tent. It’s unclear on which play Fields suffered the injury; the first-round draft pick was hit often by the Baltimore defense.

Fields took a sack on his final drive but stayed in the game for four more plays.

Fields finished the afternoon 4-of-11 for 79 yards with a lost fumble.

Veteran Andy Dalton replaced Fields and promptly threw a 60-yard touchdown pass to wide receiver Darnell Mooney. Dalton lost the starting job to Fields after he suffered a knee injury in Week 2 against the Cincinnati Bengals.