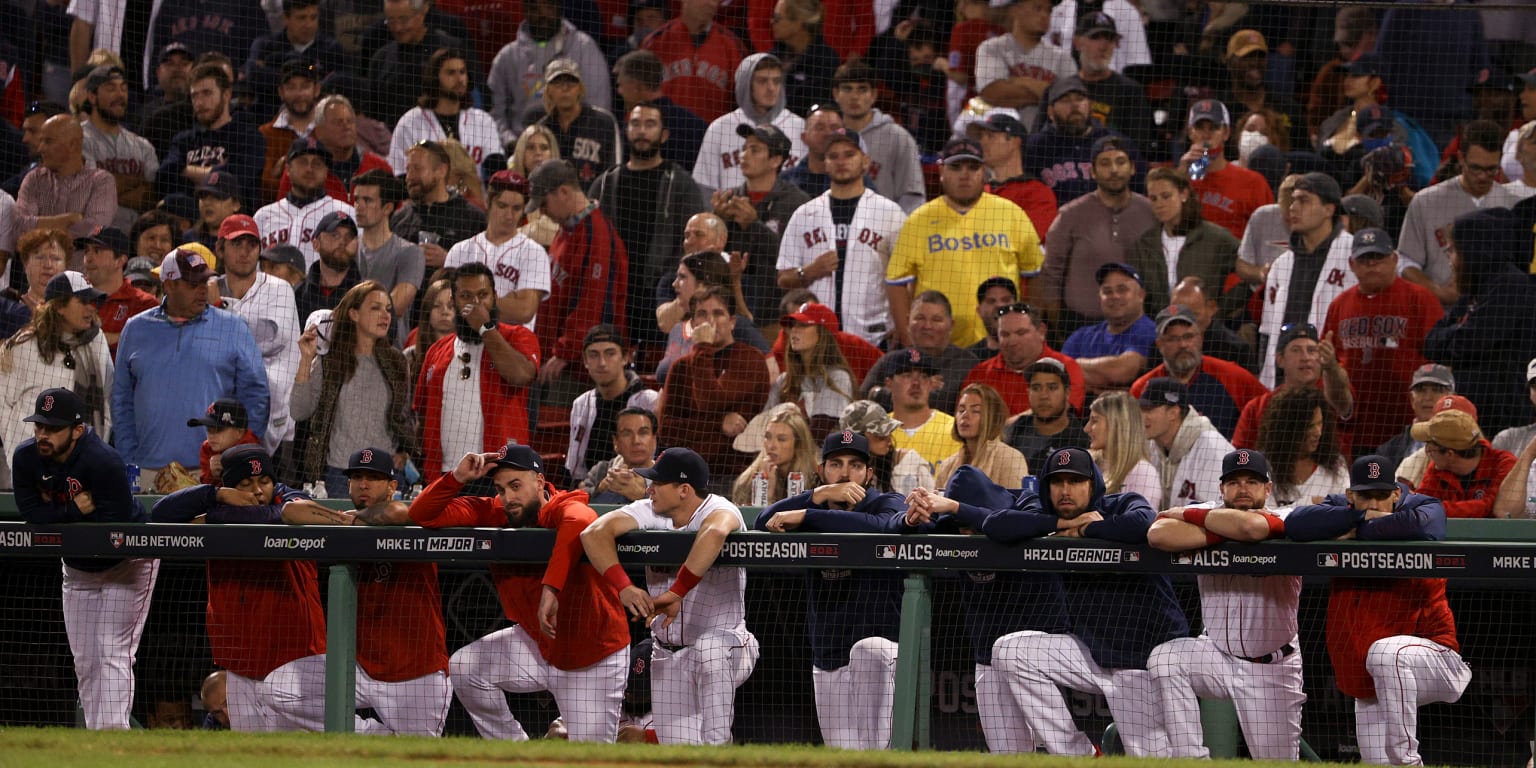 BOSTON — Wednesday, a perfect autumnal day at Fenway Park, started with a buzz in the air. Chris Sale was throwing heat and it looked like his resurgence might inspire the Red Sox to retake control of the American League Championship Series.

All of that buzz was gone by the sixth inning of an eventual 9-1 defeat to the Astros in Game 5 that left Red Sox fans with just one question as they emptied out of the ballpark: Will their team play another home game this year?

It will take quite an effort for the Red Sox not just to get back to Fenway for the World Series but to erase the surge of momentum the Astros, counted out by some, created in Boston from the eighth inning of Game 4 through the end of Game 5.

“We’ve got to win two games to go to the World Series,” said Red Sox manager Alex Cora. “That’s the bottom line. Obviously, reset tomorrow and get ready for the next day.”

Houston goes home to what will be a rocking Minute Maid Park with a 3-2 series lead heading into Friday night’s Game 6. The Red Sox, now on the brink of elimination, will try to stem the tide and force Game 7.

In postseason series with the current 2-3-2 format that have been tied 2-2, teams winning Game 5 on the road before going back home for Games 6 and 7 have finished off the series win 18 of 23 times (78%). This excludes 2020, when the LCS and World Series were played at neutral sites.

Though Games 4 and 5 were the definition of deflation, the Red Sox — who take enormous pride in their resilience — have no plans of letting that carry over to Game 6.

“I feel like as a team, this our story,” said Red Sox designated hitter J.D. Martinez. “We’ve been written off all year. Nobody, I don’t think anyone in here either, thought we were going to be here. We know what we’re capable of, and I think no one is [doubting] themselves or not believing in our team that we can go out there and pull it off, you know? It’s very possible.”

To turn things back in their favor, the Red Sox need to start hitting again. After bashing their way through the AL Division Series conquest of the Rays and the first three games of the ALCS, the Boston bats have gone ice cold the last two days.

At least on Wednesday, much of that had to do with Astros lefty Framber Valdez, who turned in a top-shelf performance, holding the Red Sox to three hits and a run over eight innings.

“I think their guy was amazing,” said Cora. “He was throwing harder than usual. His sinker was unreal tonight. Unreal. You tip your hat to him and you move forward.”

One thing particularly worrisome from a Boston perspective is that the Astros are hitting like the Astros again. Nathan Eovaldi, known for big games in October, will try to stymie Houston in Game 6.

In the latest reminder of how swiftly things can change in the universe of October baseball, the Red Sox leveled the Astros in Game 2 (9-5) and 3 (12-3) and held a 2-1 ALCS lead.

Wednesday seemed like it was going to be a tense affair, as Sale and Valdez mostly traded zeros through the first five innings.

Sale got out of a big jam in the fourth and worked a 1-2-3 fifth, and Cora brought him back out for the sixth to face Houston’s loaded lineup a third time.

That’s when it all fell apart. Houston broke through with five in the frame, two of them unearned off Sale due to a costly error by Red Sox first baseman Kyle Schwarber. Turning in his best performance in weeks wasn’t much of a silver lining for the hypercompetitive Sale, who badly wanted to help his team go to Houston on a good note.

“I was good for five, and then I sucked for one,” Sale said.

What bothered Sale the most was that he walked Jose Altuve to open the game-breaking inning.

“I mean, we’ve known this since I was 12 years old, leadoff walks are going to kill you,” said Sale. “And it ended up being the straw that broke the back right there. That’s on me.”

It was also on the offense. With Boston down 1-0, the first rally of the day (first and second, nobody out) was squandered in the bottom of the fifth when the slumping Hunter Renfroe (1-for-14 in the series) hit into a 6-4-3 double play.

“I think tonight, 2-0 count, he tried to do too much on that pitch, right? The fastball, it was a good pitch to hit; it was up in the zone, one of the few. He flew open, and hit the ball on the ground, and rolled over,” said Cora.

Now, the Red Sox are off to Houston, where they will try to do the very opposite of rolling over and vault themselves into the World Series.

Was Romain Ntamack run from in-goal moment of the autumn series?
Terence Crawford may find the grass isn’t greener after moving on from Top Rank
There are layers behind Kanter’s sneakers protests
Kings fire coach Luke Walton after losing seven of eight, including last three
Fantasy: Divisional Semi-Final projections