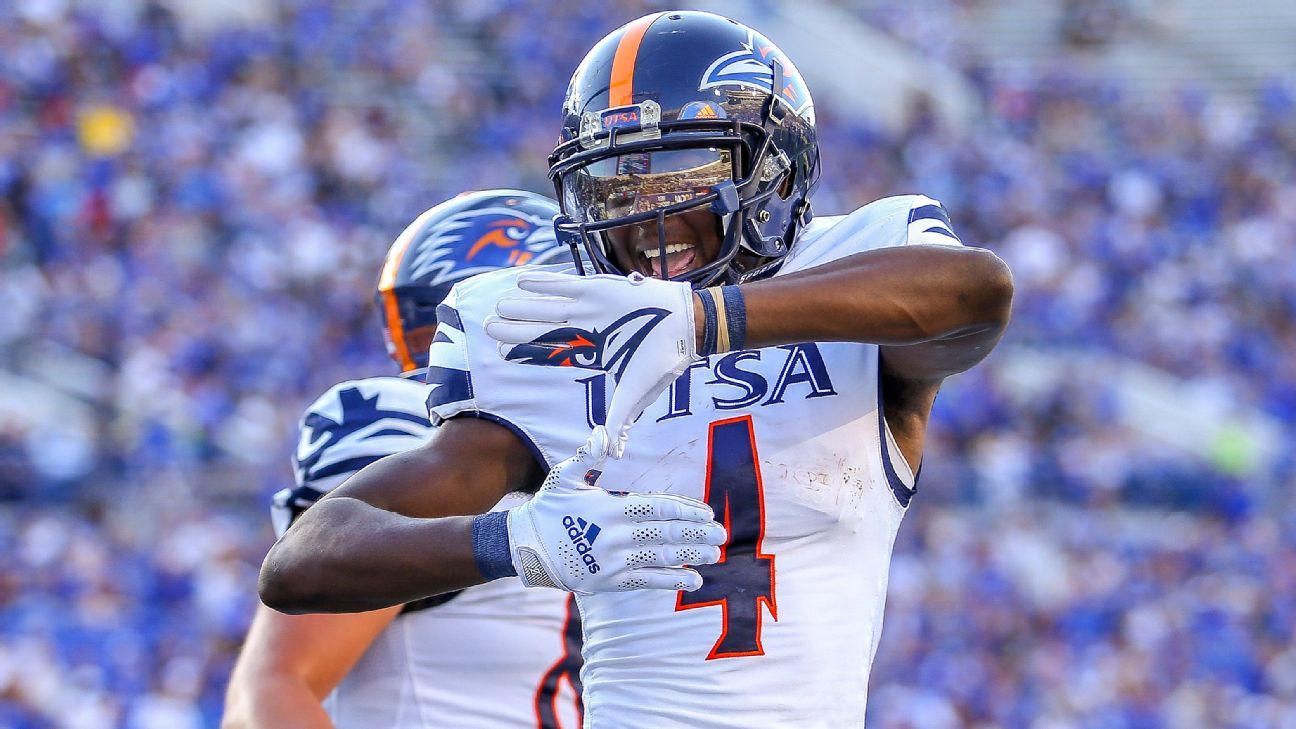 [Editor’s note: The number of winless teams keeps dwindling, which means changes at the top of the Bottom 10. Could a Power 5 team in Arizona win the whole thing? And what is Tennessee doing in here?]

Inspirational thought of the week:

Why be afraid if I’m not alone?
Though life is never easy, the rest in unknown
And up to now for me it’s been, hands against stone
Spent each and every moment, searching for what to believe

— “Coming Out of the Dark,” Gloria Estefan

Here at Bottom 10 Headquarters, located in the storage room where Stephania Bell keeps all her rubber injury demo skeletons, we are often asked, “Hey, what’s the best part of the Bottom 10 experience?”

Well, besides the hate mail, death threats and the continuing effort by angry Tennessee fans to have my UT diploma revoked, the most beautiful aspect of living in the Bottom 10 Cinematic Universe is when a team we have watched lose for so long finally wins. It happened two weekends ago when UMass defeated UConn and again seven days later when UConn defeated Yale.

And when a team really turns it around? Like, it doesn’t just win a game, it wins ALL its games, for us it’s like watching your kids go off to college and seeing all their wildest dreams come true. And if that college was, say, former Bottom 10 stalwart R.O.C.K. in the UTSA, its wildest dream was to defeat Rice, reach 7-0 and be ranked for the first time ever.

What we’re saying is, there is hope for all. Yes, there is light, even for those who are lost in the darkness of the catacombs of the Bottom 10. But take a hint from UTSA. Be a Roadrunner and know when to run toward the light at the end of the tunnel and when to run away from it. Until then, you’re just one of the Wile E. Coyotes who are on the list below.

The Fightin’ Tark Sharks snatched defeat from the Jaws of victory, leading Utah State essentially the entire game before surrendering the losing TD with 35 seconds remaining. The good news? They weren’t even close to having the worst week among teams who play their home games at Allegiant Stadium … and the other team even won its game.

Did you have that one “friend” who would ruin every sleepover pillow fight by hiding something like a hardcover book in the pillowcase and smacking you upside the head with it? That’s what the Colora-duh Muffaloes did to Arizona in the Pac-12 Pillow Fight of the Week, winning 34-0. Now the Mildcats travel to Warshington for Pac-12 Pillow Fight of the Week: Episode II. The Other Huskies’ only two wins this season came against a pair of Bottom 10 Waiting List members, Arkansaw State and Cow Berkeley. Speaking of Huskies …

While the win was great and all, it did come against a 2-2 non-scholarship FCS team after nearly blowing a 21-0 lead, and the game was decided on a Yale Hail Mary (Yale Mary?) that was run twice because UConn had 12 men on the field on the first attempt and handed the Elis a do-over. Now UConn hosts Middle Tennessee, a team that has spent all season on the Conference USA one-to-two-win Bottom 10 Waiting List carousel of pain. The game is on Friday night, which is fitting because these days the crowds at The Rent make it look like a high school game. Speaking of C-USA …

Word is that Bottom 10 regulars Minute Rice, the North Texas Lean Green and FI(not A)U archrival FA(not I)U, as well as three other schools, are pursuing leaving Conference USA for the American Athletic Conference of American Athletics of America. You know you’re having a rough season when you’re even losing big during an open date.

This week’s Coveted Fifth Spot is reserved for those individuals who decided to turn the hallowed ground of Neyland Stadium into a trash bin, aka Colonel Mustard and his band of merry hillbillies. If General Neyland were still alive, not only would he have already hunted down those who dared to sully his namesake football cathedral, he would currently have them on maggot nest duty at the University of Tennessee’s famed forensics school body farm.

KU lost to Texas Tech 41-14 but trailed 41-0 with only 52 seconds remaining in the game. Those final two TDs were scored after Tech had already loaded all its gear and players onto the team bus to try to make an earlier flight home.

The Minutemen survived their bye week leading into Saturday’s trip to Florida State, but just barely. After their team beat UConn to snap a 16-game losing streak, everyone in Amherst kept bringing over cases of Sam Adams and boxes of crullers from Dunkies.

The Other Aggies barely covered the spread against the Fightin’ Byes of Open Date U, but this week are sure to cover the beach barbecue spread when they travel to Hawaii. Heads up, NMSU, that guy asleep on the beach with the Rip Van Winkle beard and the faded 2002 Hula Bowl hoodie is Nick Rolovich. Don’t wake him.

Go all-access with UCF football as new head coach Gus Malzahn and the Knights charge into the 2021 college football season with hopes of further establishing the program as one of the country’s best. Stream on ESPN+

There are 14 one-win teams in FBS football and three are lumped together at the bottom of the American Athletic Conference of American Athletics. Two of those teams will face off on Nov. 20, when South Florida visits Tulame in what might very well be part of the Bottom 10 playoffs, taking place over the final two weekends of the regular season. The third one-win AAC team is Navy, which doesn’t play USF or Tulane. Also, we refuse to rank the Midshipmen anyway because: One, we love America, and two, we don’t want a cruise missile to land in our living room.

Deaf California HS football team playing for state title after undefeated season
Preview: Hoosiers vs. Cardinal on Thanksgiving
All the up and downs in Bryson DeChambeau’s wild year
Not all NIL deals are about money. Some mean more.
WHY Can’t Teams STOP The Golden State Warriors Offense?…