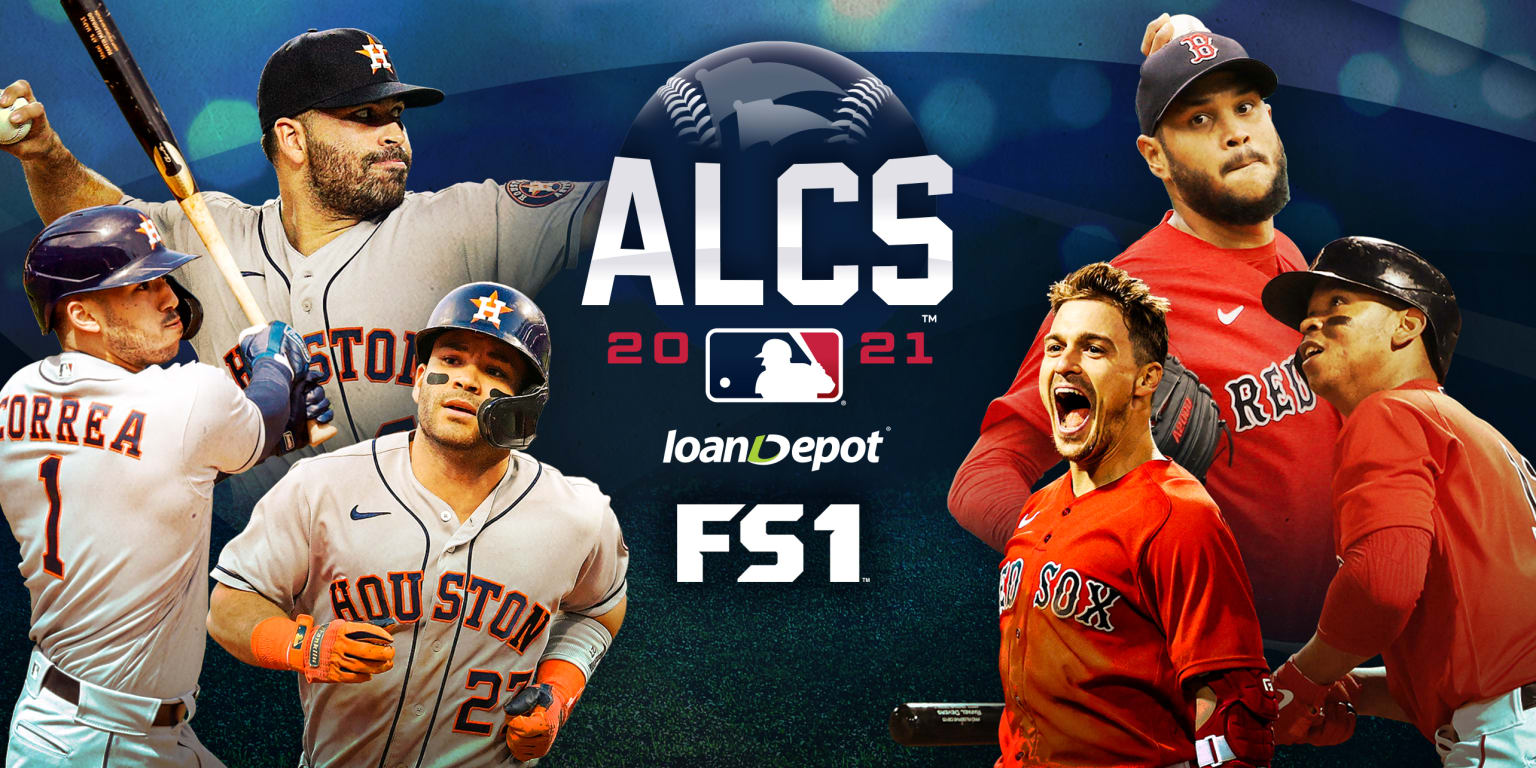 The American League Championship Series is tied at one game apiece as it shifts to Boston for Game 3 at Fenway Park on Monday night, with the Astros and Red Sox having split the first two games of the best-of-seven series at Minute Maid Park.

The Astros used a pair of late homers from star infielders Jose Altuve and Carlos Correa to come from behind and win Game 1, and the Red Sox got grand slams in the first two innings by J.D. Martinez and Rafael Devers to grab hold of Game 2.

When is the game and how can I watch it?
The game will air on FS1 at 8 p.m. ET/7 CT on Monday. It is also available to stream on MLB.TV with authentication.

What might the starting lineups look like?
Astros: Baker could be inclined to give Jake Meyers his first start in center field in the ALCS, considering he said before Game 2 that Meyers’ banged-up shoulder shouldn’t be an issue when the Astros hit Boston for Game 3. Plus, Chas McCormick went 0-for-3 with three strikeouts in Game 2:

Red Sox: Backed by two grand slams in Game 2, the Red Sox continue to roll at the plate. Manager Alex Cora will roll out a nearly identical lineup for Game 3, except at catcher, where Christian Vázquez figures to be back in there.

Who are the starting pitchers?
Astros: José Urquidy (8-3, 3.62 ERA) last pitched on the final day of the regular season (Oct. 3), a home start vs. the A’s, allowing three runs with a walk and three strikeouts over six innings. The right-hander did not pitch in the American League Division Series. He was tabbed to start Game 4 vs. the White Sox, but a rainout delayed that game by a day and the Astros instead turned to ace Lance McCullers Jr. to close out the series.

Urquidy faced the Red Sox once during the regular season, on May 31 in Houston. He struck out nine over six innings in that outing. The right-hander has had a nice postseason run with the Astros in the past two years, posting a 2.81 ERA over 25 2/3 innings across eight games (four starts).

Red Sox: Cora selected veteran lefty Eduardo Rodriguez, the team’s longest-tenured starting pitcher, to take the ball for Game 3. Rodriguez came through in a big spot for Boston in clinching Game 4 of the Division Series, holding the Rays to two runs over five innings. However, he struggled in two regular-season starts against the Astros, giving up six runs over 4 2/3 innings on May 31 and then again on June 10 in Boston. But the Red Sox feel Rodriguez is a much better pitcher than he was at that point of the season, when he was having a lot of trouble with his changeup.

How will the bullpens line up after the starter? Are there any relievers who are unavailable?
Astros: Sunday’s off-day should help the Astros reset their bullpen, and they should be close to full strength on Monday. Still, Houston could use an extended outing by Urquidy considering Game 3 marks the first of three consecutive days without an off-day. Houston’s bullpen has carried the lion’s share of the load in the playoffs for the Astros, so fatigue could become a problem if the starters keep coming up short.

Red Sox: Nick Pivetta, who made 30 starts during the season, will continue to play the rover role for the Red Sox and will be available out of the bullpen after not pitching in the first two games of the series. If Rodriguez goes deep enough into the game, Cora can hold back Pivetta to start Game 4. Garrett Whitlock, Boston’s bullpen stopper, went two innings in Game 2. None of Boston’s other relievers had to get more than four outs in the first two games. In other words, Cora should have a full deck on Monday night. Game 2 starter Nathan Eovaldi even indicated he’d be up for an inning or two, but it’s uncertain Cora would take him up on that.

Any injuries of note?
Astros: Luis Garcia was knocked from his start in the second inning of Game 2 with a sore right knee. Baker said postgame Garcia had been playing through the injury for a while but had not mentioned it before Game 2.

Red Sox: No injury issues for the Sox, other than righty reliever Garrett Richards, who was taken off the Division Series roster with a left hamstring strain, which makes him ineligible for this series.

Red Sox: “Hot” doesn’t do justice for Hernández, who is absolutely scorching. In his last five games, Boston’s center fielder has put together a pace historic for October, going 15-for-25 with four doubles, five homers and nine RBIs. … Devers is also heating up. He is 6-for-13 with two homers and seven RBIs in his last three games. … Renfroe was one of Boston’s biggest weapons at the plate this season, but he hasn’t gotten rolling in the postseason, putting up a .667 OPS so far.

Anything else fans might want to know?
Astros starting pitchers have a 7.17 ERA across 21 1/3 innings in six playoff games this year. Their bullpen has a 3.69 ERA in 31 2/3 innings.

The Astros have scored at least five runs in all six playoff games they’ve played in 2021. Only the 1987 Twins (seven) have had a longer stretch to begin a postseason.

The Red Sox collected 10-plus hits for their 5th consecutive game, tying the longest streak of such games in postseason history.