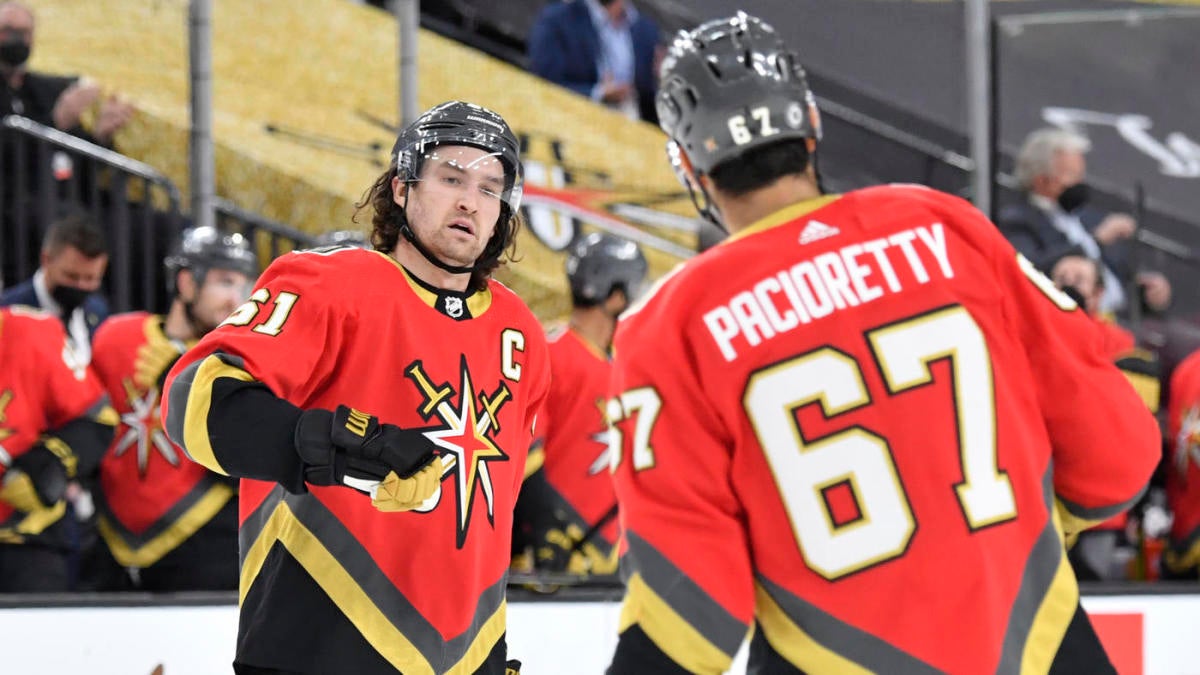 Pacioretty has a lower-body fracture and is considered week-to-week, according to DeBoer, and multiple reports indicate he suffered a foot injury. The 32-year-old winger looked to have sustained the injury in the second period of Thursday’s 6-2 loss to the Los Angeles Kings. DeBoer described the injury, which Pacioretty played through, as “flukey” and “just one of those things.”

Stone’s injury is less serious, with DeBoer saying he is day-to-day and still undergoing evaluation. The Golden Knights’ next game is on Wednesday, a full eight days after their last for the team captain to rest and recuperate.

Even if Stone returns, Vegas’ health problems — especially this early in the season — are concerning. Tuch, who scored 18 goals and 15 assists for the Golden Knights in 2020-21, isn’t expected to return until at least January after undergoing shoulder surgery on July 30.

After sustaining a massive loss to the Kings and losing two thirds of his best line to injuries, DeBoer isn’t minding the eight-day layoff.

“I think the fact that we don’t play till Wednesday is going to give us the opportunity of hopefully more guys here,” DeBoer said. “I think everyone likes the idea after a stinker of getting right back out and playing well the next night, but the reality of it is we got three or four guys that wouldn’t have been available tonight or tomorrow night, probably, so it’s probably not a bad thing.”

Health has become enough of an issue within the Golden Knights’ roster for DeBoer to ask himself “Who else am I missing?” when listing his injured players to the media. Still, the 53-year-old sees a silver lining through the medical tape. DeBoer thinks his best players’ absence will force the rest to adopt a defensive mentality.

“I’m hopeful this might be the best thing to happen to us,” DeBoer said. “You take out guys you rely on for offense every night in your lineup, and you got to do it with detail. You’ve got to have that defensive foundation. You got to be prepared to win 2-1, 3-2. We’ve got to get that back. We haven’t had enough of that.”

Vegas might not have enough offense while Pacioretty and Stone are out, though. Pacioretty recorded 24 goals and 27 assists a season ago while Stone posted 21 goals and 40 assists.

The Golden Knights are 1-1 on the season and will return to the ice Wednesday against the St. Louis Blues.