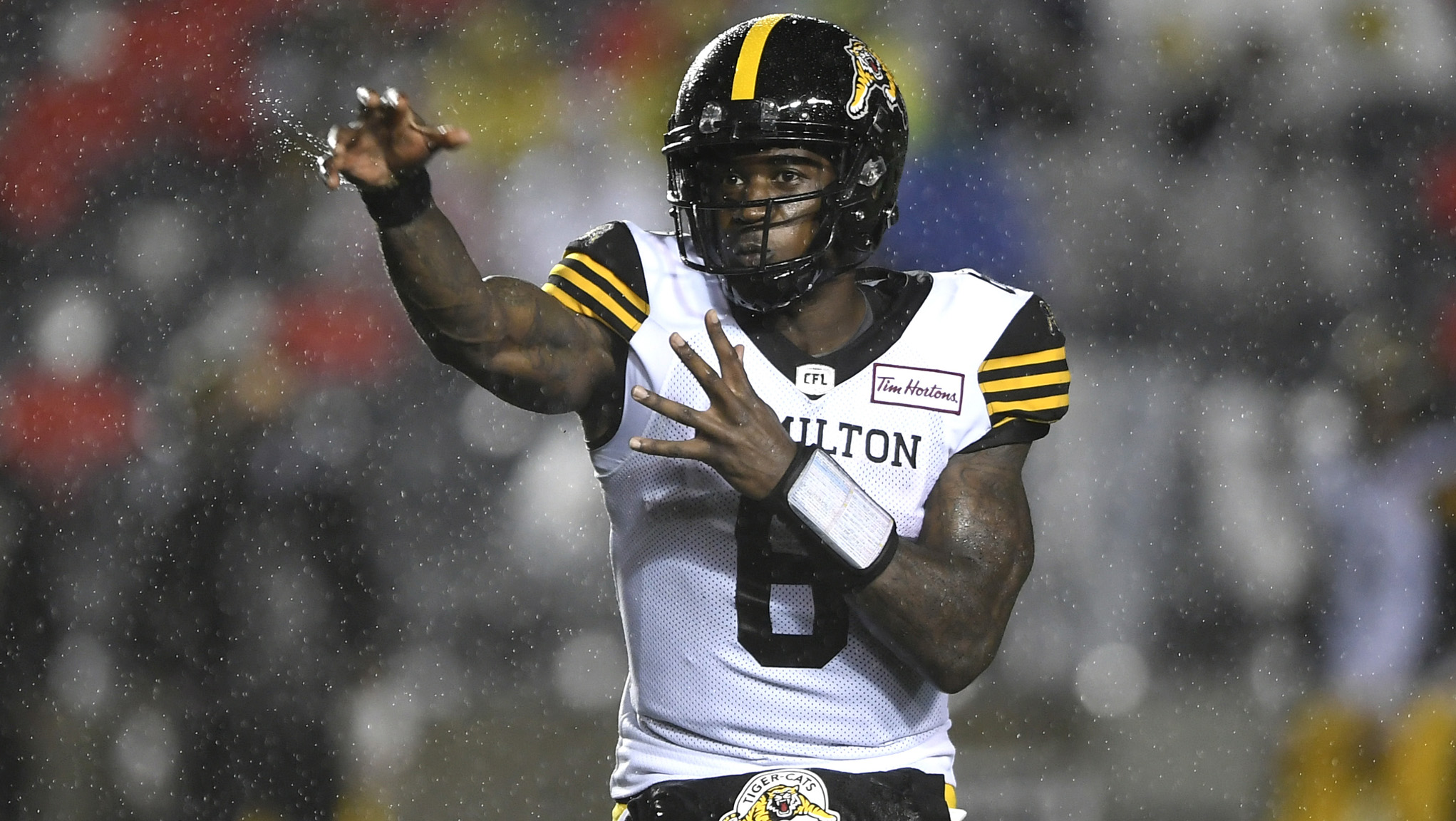 OTTAWA — When Hamilton Tiger-Cat Jumal Rolle scored his pick-six in the third quarter of Wednesday night’s game in Ottawa, he wasn’t the only one running towards the end zone.

“I was telling (Rolle) when he got that pick, I’m running down the sideline with him,” Ticats quarterback David Watford told members of the media after the team’s win.

“I’m trying to meet him in the end zone when he got that interception. It’s amazing to see the defence ball out like that and do their job. In practice going against them, I understand why they’re able to get interceptions and create turnovers the way they do because we have an amazing defence.”

Hamilton’s defence has been one to watch over the last few weeks, with pick-sixes (Rolle had one this week along with two from Simoni Lawrence in Weeks 5 and 7), knockdowns, and pressure on QBs aplenty.

“It gave us a boost, it gave us a little bit of momentum,” said Rolle of his score. “Whenever we can all make a play, that’s always great for the team, great for the guys, for the offence and the defence. It’s good for everyone so it feels good.”

RELATED
» Through the Lens: Hamilton at Ottawa
» Boxscore: Ticats, REDBLACKS by the numbers
» Recap: Ticats take down REDBLACKS in rainy affair

The score was a timely one for the visiting team, as their offence was stalling in the third quarter. Hamilton had the lead at the time (14-0) but after some halftime adjustments, Ottawa was slowly starting to gain some momentum.

“The thing is, is the timing of (the pick-six), really, is something that our football team need right there,” Steinauer said. “It kind of squashed momentum for them. You felt the air go out a little bit. The timing of it is probably what I’m most proud of. Pick-sixes, we’ll take them anytime but it was a timely one.”

“They made a few adjustments and we made a few less plays,” said Steinauer, explaining Hamilton’s inability to get first downs in the third frame. “(Ottawa’s) execution possibly was a little bit better. We tried to push the ball down the field a little bit but I also feel like, the field position, we were backed up a little bit more than we were in the first half, it had a little bit to do with it. But David (Watford) would definitely be the first to tell you he wants some of the throws back but sometimes you have to take the game as it comes. You also have to credit them for making some plays.”

There was a quick turn around from the Tiger-Cats’ last contest – they played on Friday against the Calgary Stampeders – and Hamilton was able to come out on top of both of them, which was something that Steinauer was impressed with.

“I feel proud,” the Tabbies bench boss said. “I’m just so happy for them. As a coach, you’re always pushing, so you’re not going to be completely satisfied but it’s been a tough stretch. We knew it was on the calendar, we battled quite a bit of adversity, quite a few injuries. I can’t really say enough about the organization as a whole.”