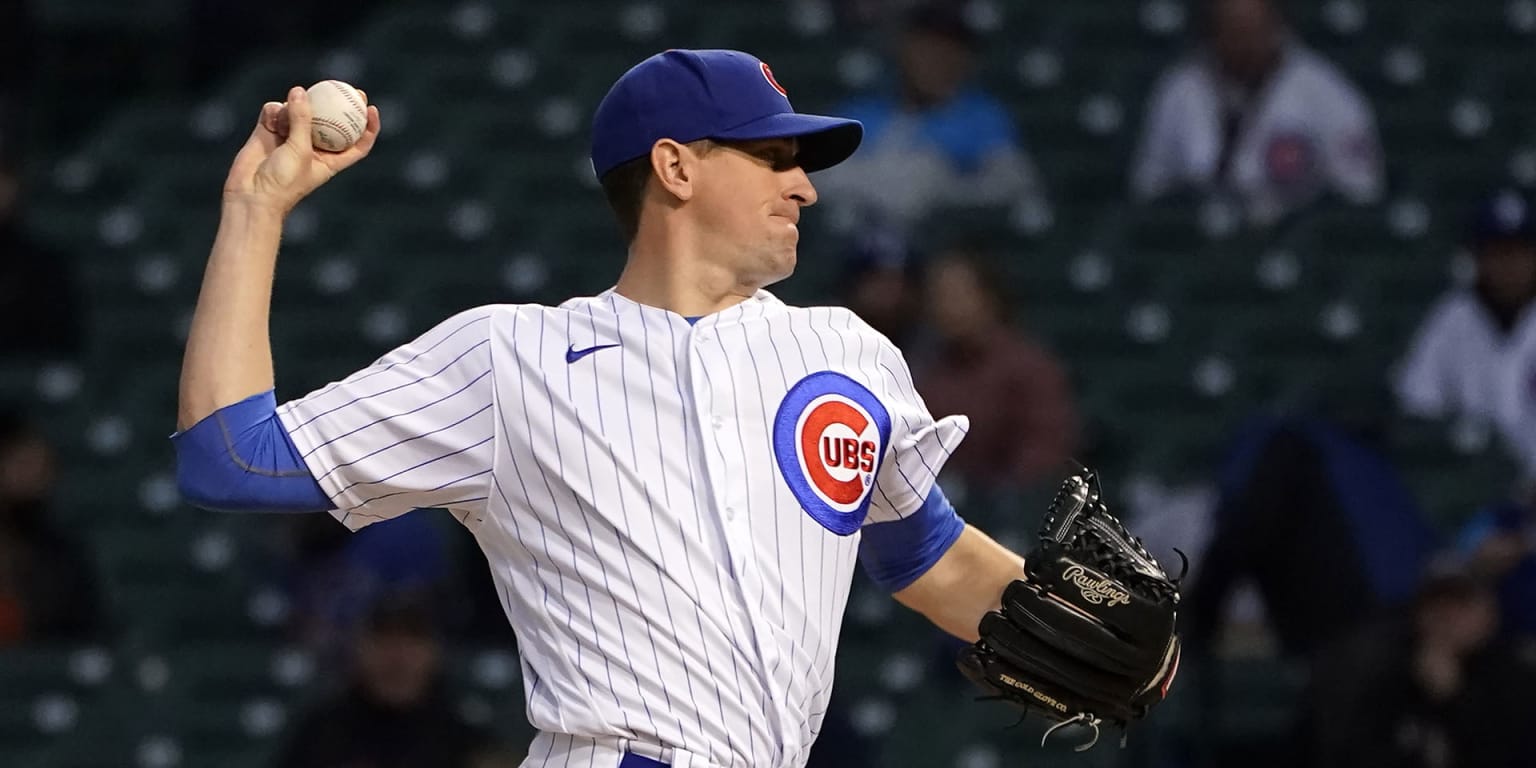 CHICAGO — Kyle Hendricks is accustomed to pitching with October in mind at this point in baseball’s calendar. The Cubs’ situation in the second half this season has been a foreign experience for the veteran starter.

So, while Hendricks’ heavy workload as Chicago’s rotation leader may be a factor behind what has been a career-worst campaign, perhaps that other unquantifiable component can’t be entirely dismissed.

“We can take it into consideration,” Cubs manager David Ross said, “that it’s the first time he hasn’t pitched for something other than his own personal stats.”

In a 5-4 loss to the Twins on Wednesday night, Hendricks did what he could to set mini goals for his penultimate performance of the 2021 campaign. It was a way to center his focus for a team whose overall focus has shifted to ’22 and beyond.

Attack the lower portion of the strike zone: That is where the bulk of his pitches registered. Check. Be more efficient: Hendricks threw 72 pitches in 5 2/3 innings. Check. Induce weak contact: 11 outs came via grounders. Check.

“It just hasn’t been locked in lately,” the 31-year-old said. “So, we’ve just kind of made a switch to go in with one or two goals that I’m really trying to accomplish, and go from there.

“And make sure I do it and kind of make myself better, and set myself up for next year.”

Since the Cubs’ July collapse and franchise-altering Trade Deadline, Hendricks has said he hopes 2022 is not a repeat experience. All he knew across the 2015-20 seasons — with the exception of perhaps his final outing in ’19 — was readying for the playoffs.

The last time Hendricks was in this situation, where the reverse standings are of more importance than the National League Central standings, was his rookie season in ’14. Back then, however, he was pitching to earn a lasting job.

“It’s definitely been an adjustment,” Hendricks said. “You try and go out there with the same mindset every time. It’s just one pitch at a time, execute one pitch, move on to the next one. Execute that one.

“When everything’s going good, that’s where I’m at.”

Last time out in Philadelphia, Hendricks allowed seven runs in 3 2/3 innings. That marked the fifth time this season that the righty allowed at least seven runs in an outing. It also gave him a 9.08 ERA in the seven starts leading up to Wednesday.

Hendricks could have walked into Ross’ office after that last turn and asked to call it a season. With nothing left to prove, and a place locked up in the ’22 rotation, Hendricks would have earned that request being met.

That was not how Hendricks wanted this season to end.

“If I’m healthy, I’m going to be pitching no matter what,” he said.

The only obstacle for Hendricks against the Twins was outfielder Max Kepler. The left-handed-hitting Kepler launched a pair of home runs off Hendricks and nearly had a third, sending a pitch off the wall in the sixth for a double.

Besides Kepler, Hendricks held the Twins’ lineup to a 2-for-20 showing. He leaned heavily on his signature sinker (60 percent of his pitches). Ross noted that Hendricks could have pitched deeper into the game, but the manager pulled the plug in the sixth.

“That was much more characteristic of Kyle — how Kyle goes about his business,” Ross said. “He threw the ball really well. It was nice to watch him pitch like I’ve seen him pitch multiple times.”

Hendricks used his changeup 16 times, with just one swing-and-miss and no called strikes with that pitch. Going into the outing, opposing batters were hitting .270 with a .439 slugging percentage against that offering, per Statcast. That was a noticeable jump over 2020 (.228 average and .333 slugging).

That increased production against Hendricks’ changeup is undoubtedly related to issues with the four-seamer. Hitters have feasted on that fastball this season (.667 slugging, entering Wednesday), and he threw only six against Minnesota.

“I made a lot more good pitches,” Hendricks said. “I still didn’t execute as many as I needed to, but at least I went in with the goal of getting my heater down to both sides, and I got that.”

With one start left in his season, Hendricks will set some more goals to hopefully put a more positive period on what has been a trying season.

“Just to get a good feeling going, a good rhythm again,” Hendricks said, “making sure I can get and execute pitches when I need to, really, that’s all we’re kind of focusing on.”

Red Sox hit 2 slams in first 2 innings, even series
NFL Week 6 Mic’d Up “I Own You, I Still Own You!” | Game Day All Access
PACERS at HORNETS | FULL GAME HIGHLIGHTS | October 20, 2021
BRAVES COME BACK HARD! Atlanta puts up 4 runs in 4th to take lead in NLCS Game 3!
Women & Girls Conference aims to grow the game