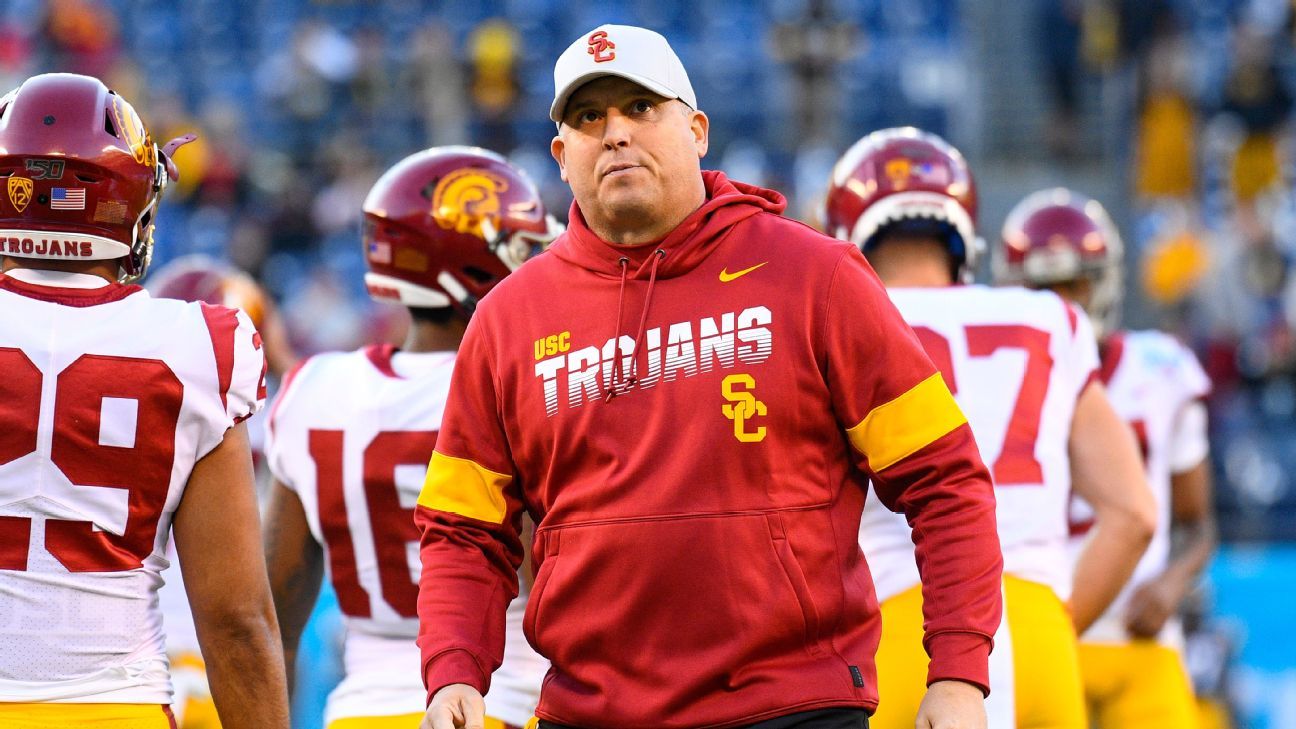 The decision comes two days after the Trojans, who came into the season with conference-title aspirations, were embarrassed in a 42-28 home defeat to Stanford.

“As I committed to upon my arrival at USC, during the past two off-seasons we provided every resource necessary for our football program to compete for championships,” Bohn said in a statement announcing the dismissal. “The added resources carried significantly increased expectations for our team’s performance, and it is already evident that, despite the enhancements, those expectations would not be met without a change in leadership.”

Donte Williams will serve as the interim head coach. Williams joined the USC staff in 2020 as the cornerbacks coach and defensive pass game coordinator and was elevated to associate head coach after last season.

Helton had been with the program since 2010, when he was hired to be the quarterbacks coach on Lane Kiffin’s initial staff. He served as the offensive coordinator under both Kiffin and Steve Sarkisian before being hired as the head coach by then-AD Pat Haden in 2015.

Including two stints as the interim coach, Helton went 46-24 as the Trojans coach, including a Rose Bowl win to cap the 2016 season.

“I want to be exceptionally clear: our university and its leadership are committed to winning national championships and restoring USC football to glory,” Bohn said. “This decision represents our next step toward that goal in what has been a thoughtful and strategic process to build a comprehensive football organization equivalent to the premier programs in the modern landscape.”

A national search for Helton’s replacement will take place over the next several months, Bohn said.

Boylen to coach USA Basketball in WC qualifiers
Newcastle vs. Tottenham halted after players alert staff to medical emergency in stands
Did the New York Jets use the BYE Week to FIX Zach Wilson and the struggling Offense
Buccaneers vs. Eagles Week 6 Highlights | NFL 2021
The Sacramento Kings Actually Look Decent