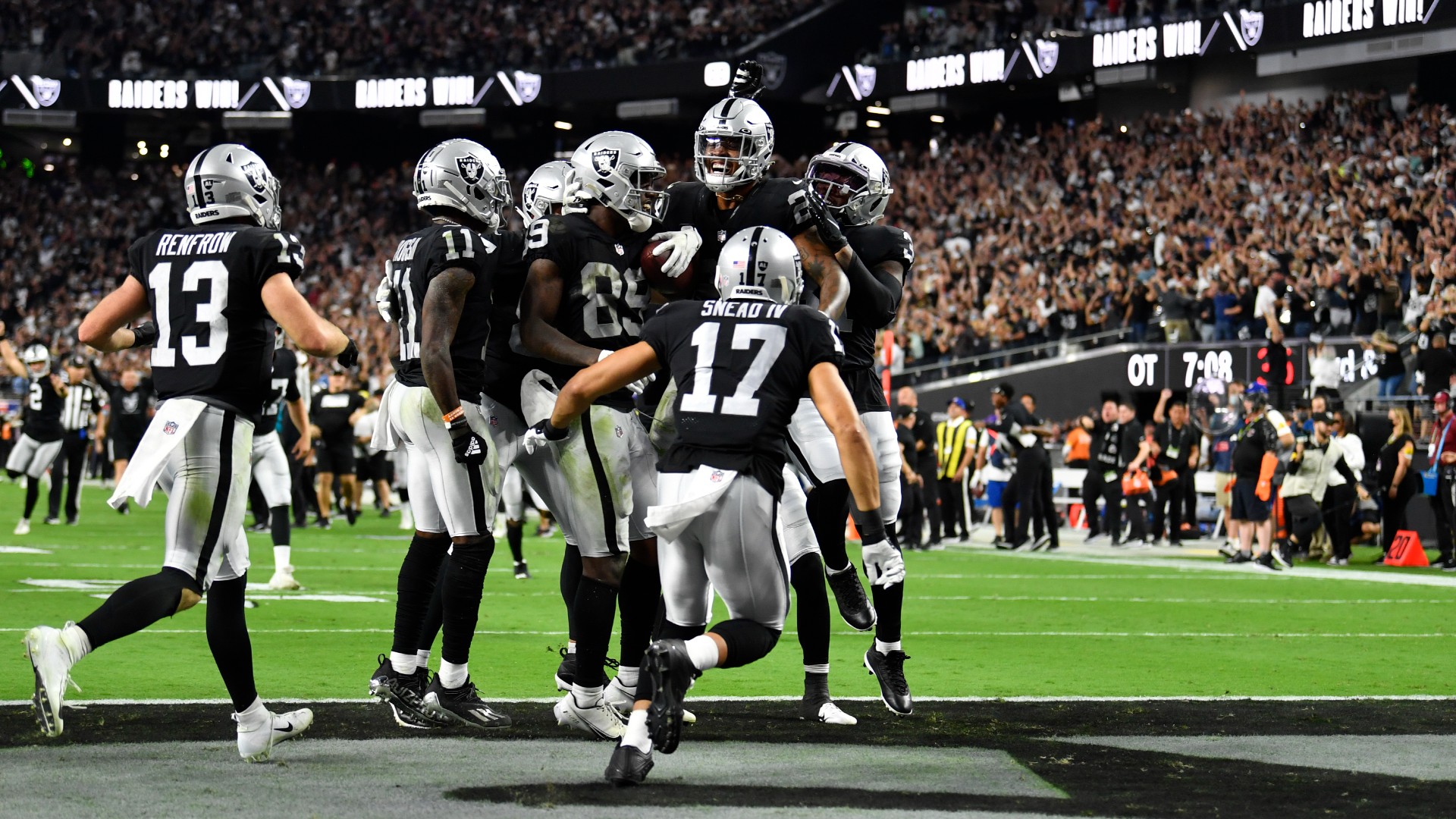 The Raiders opened Allegiant Stadium to their fans in style. Las Vegas earned a 33-27 victory over the Ravens on “Monday Night Football” after a wild comeback and back-and-forth fourth quarter and overtime period.

It appeared as though the Raiders had won the game on their first possession in overtime. Bryan Edwards caught a deep pass and was nearly able to turn it into a touchdown. In fact, the play was originally called a score and both teams began to walk off the field before a review overturned the call.

NFL POWER RANKINGS: Big bumps for Steelers and Saints, but how about that NFC West?​

Even still, it appeared that the Raiders would score. Derek Carr tried to sneak it in from the 1-yard line. He came close to breaking the plane, but he couldn’t quite do it.

That’s when things started to get crazy. A false start penalty backed the Raiders up five yards, and that forced them to throw in an effort to end the game. Carr had Willie Snead wide open for the potential win, but Snead couldn’t hang on to the ball. The Ravens ended up intercepting it after it bounced off DeShon Ellliott’s helmet.

The Ravens had a chance to mount a game-winning drive, but that never came to fruition. Carl Nassib — the first openly gay player to play a regular-season NFL game — managed to sack Lamar Jackson and force a fumble. That helped set the Raiders up to win the game.

Las Vegas was going to kick a potential game-winning field goal, but they couldn’t find kicker Daniel Carlson. As a result, they took a 5-yard penalty and elected to run another play on second down to gain some yardage back. That’s when Zay Jones broke free in the secondary and caught a wide-open TD pass to seal the victory.

The finish to the game was certainly entertaining, as the two sides went blow-for-blow in the fourth quarter and saw the Raiders fight hard to earn the victory. The battle captured the attention of many athletes who were tuned in to the game, including Patrick Mahomes and LeBron James. Russell Wilson, Peyton Manning and Eli Manning also reacted to the game’s ending live on ESPN’s simulcast of the contest.

Here’s what they were saying about the finish to the first “Monday Night Football” game of the season.

Bryan Edwards with what was initially ruled the game-winning touchdown for the Raiders, but review showed it was inside the 1.

It will be hard for “Monday Night Football” to top the excitement from its season opener.