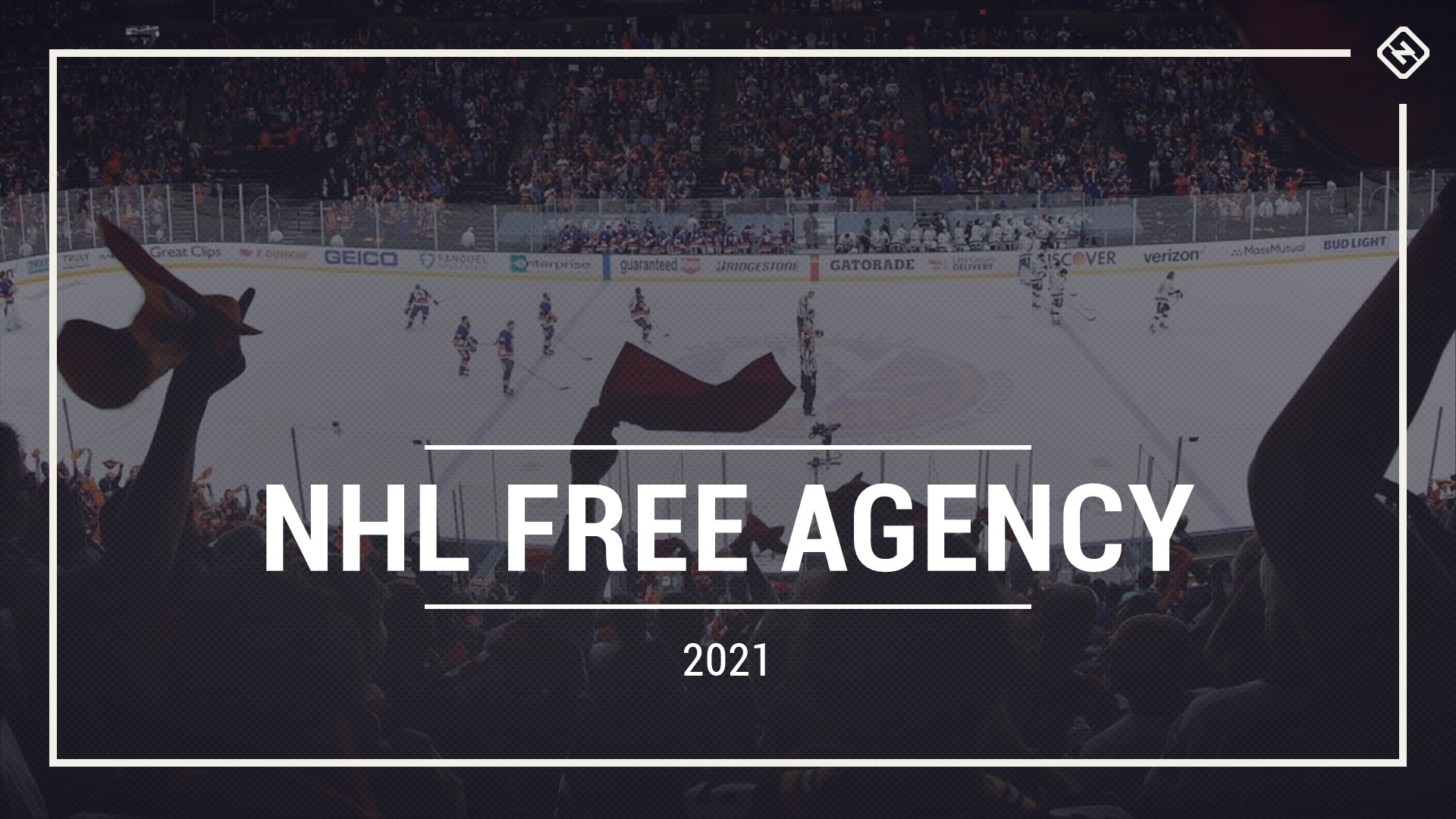 All 32 franchises are assuredly wanting to get faster, make their lineup stronger and go higher in the standings. A few are even doing it together. Already a few ”I’ll scratch your back, if you scratch my back” deals have gone down. Basically, a hey, pal, you take this bad, cap-heavy contract and we’ll give you a bunch of guys and picks. Thanks, buddy.

As the floodgates officially open, and pen is finally put to paper (or e-signatures are acquired), Sporting News has complete coverage of all the latest NHL trades, signing rumors and news.

11:51 p.m. — It was touch-and-go there for a bit but the Avalanche’s captain is returning to Denver.

10:30 p.m. — Brent Seabrook is basically retired. The defenseman’s contract now heads to Tampa Bay and will likely be placed on LTIR.

NEWS: Tyler Johnson is headed to the Chicago Blackhawks.

Tampa Bay traded Johnson and their 2023 second round pick to the Chicago Blackhawks in exchange for Brent Seabrook, sources told ESPN.

Plenty out there linking Ryan Suter to the Dallas Stars. They are pursuing hard. Suter’s camp wants 4 years and the AAV will likely have to be in the mid to high 3 million range to get it done.

7 p.m. — Sounds like the Jets have landed their guy.

As expected, CBJ F Patrik Laine accepts his qualifying offer. So, his salary for the season is $7.5M.

👑 Henrik Lundqvist is, of course, UFA and most certainly wants to return to active NHL duty for 21-22 but, in the short term anyway, isn’t in a position to sign a contract because he’s still awaiting some medical clearances.

Latest info is that Avalanche are pitching a three-year deal to Landeskog at basically MacKinnon $$$ (around $6.3M AAV)

Hearing #Canes are closing in on an agreement with UFA D Tony DeAngelo.

Not done yet. But expecting a 1-year deal. There was lots of interest and the opportunity to play for Rod Brind’Amour was appealing. @DFOHockey

SN’s analysis: Why? Between this and the reports that they are interested in Virtanen — what are the Hurricanes doing?

MORE: ‘He has played his last game’ with Rangers

Coyotes should be very active with trades/free agency. Phil Kessel has likely played his last game for Arizona – Vegas and Fla could be where he goes. Washington and Vancouver have some interest in backup goalie Antti Raanta. And Darcy Kuemper is a target of Edmonton and Colorado

2:21 p.m. — Darnell Nurse had a monster year with the Oilers in 2021 and established himself as a top defenseman in the NHL.

In addition to free agency, we’re also on the lookout for extensions. Hearing EDM and Darnell Nurse working on what is believed to be a four-year deal. The defenceman — who had a terrific season — has one year remaining before UFA eligibility.

SN’S analysis: Nurse deserves a big payday after a solid 2021 campaign where he skated an average of 25:38 a night (fourth highest in the league).

In former #Isles news, hearing Jaroslav Halak working on a deal with VAN

1:17 p.m. — Keith Yandle became a UFA after he was bought out by the Panthers.

SN’s analysis: The defenseman played 103 games with Flyers head coach Alain Vigneault as a member of the Rangers from 2014 to 2016. It’s a deal that makes sense for both parties as the Flyers continue to revamp their defense.

1:15 p.m. —  The Marc-Andre Fleury tenure is officially over in Vegas.

SN’s analysis: Never in doubt. He should break the NHL’s all-time goals record under this contract.

Dhaliwal: The Canucks are really concerned about an offer-sheet for Pettersson.

1 p.m. — Pavel Buchnevich, acquired by the Blues from the Rangers, signs a four-year, $23.2 million extension.

SN’s analysis: Buchnevich is coming off a breakout year in which he scored 48 points in 54 games. He deserved to get paid.

SN’s analysis: Garland locked up for a couple of years helps solidify the Canucks top-6.

12:14 p.m. —  Canucks bought out Virtanen after he was placed on leave May 1. He has been accused of sexually assaulting a woman four years ago.

Jake Virtanen has drawn interest from multiple teams, including Carolina. He’ll have options after being bought out by Vancouver.

12:01 p.m. — A couple of big names have been placed on waivers for the purpose of a buyout: Oilers’ James Neal, Sharks’ Martin Jones and Canucks’ Braden Holtby.