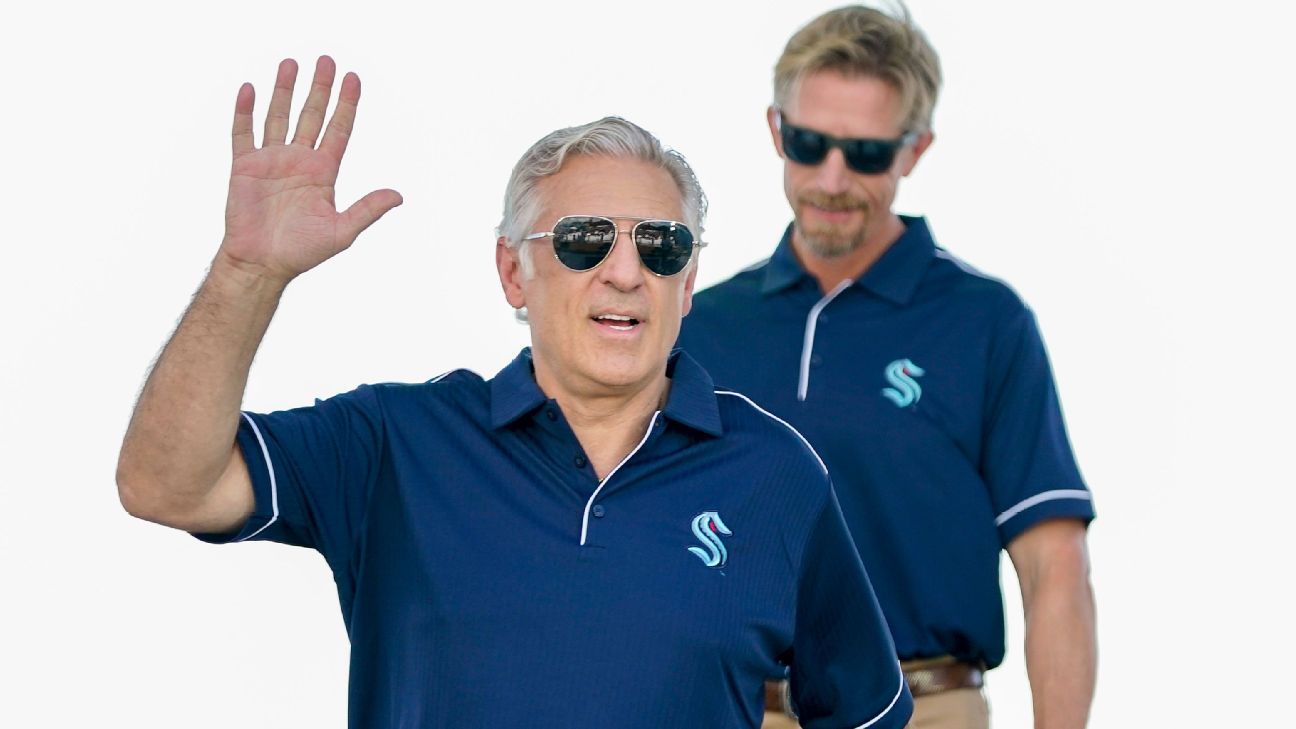 The Seattle Kraken have been unleashed.

The selections were made Wednesday at the expansion draft for the NHL’s 32nd franchise, which will begin play next season.

“The message is this: Let’s come together, let’s play hard for one another and let’s play hard for the city of Seattle,” coach Dave Hakstol said on the broadcast. “We want to have a group of guys that know what it is to be a great teammate, know what it is to be a competitive teammate, and push one another to be at their very best. We want to have a bunch of selfless guys in our locker room that know how to go out and play hard together, and win together.”

In a surprising twist, the Kraken selected 30 players and did not conduct any side deals, something Vegas took advantage of in its inaugural season. The Golden Knights made 10 side deals that yielded them an additional six players at their expansion draft.

However the Kraken have roughly $30 million in cap space, and are expected to be active in roster maneuvering over the next several weeks. The NHL’s entry draft is on Friday while free agency begins on July 28.

Giordano was one of several players to fly to Seattle to be part of Wednesday’s event. The 37-year-old, who was originally undrafted, played his entire 15-year career with Calgary. Giordano won the Norris Trophy as the league’s best defenseman in 2019, and will become an unrestricted free agent after this season.

“I’m not going to lie, it feels a little bit different today,” Giordano told the crowd. “It’s been a crazy last day or so. This is the first time in my career I’ve ever been drafted, so thank you to Kraken. I’m happy to be here.”

However, Seattle passed on all of those players, often opting for a younger and more budget-friendly brand. That said, the player that generated the most intrigue was Price, who just led Montreal to the Stanley Cup Final.

“I think anytime you see a name like Carey Price available, you have to consider it,” general manager Ron Francis said on the broadcast. “Certainly, we did that. We had a lot of discussions. At the end of the day, we made the decision that we did and went in a different direction.”

According to sources, it was Price’s decision to waive his no-movement clause and leave himself available for the Kraken, thinking his contract would be too expensive for the new team to want to take on. Price made the decision, sources say, because he is unsure whether he will be available to start next season due to injuries and wanted to help protect Jake Allen, the team’s backup goaltender.

Price is scheduled to see a specialist in New York on Thursday to assess his knee and hip injuries, and determine whether he needs surgery. Price has the highest cap hit of all goaltenders in the NHL at $10.5 million per season, and the 33-year-old is under contract for five more seasons. Price is also due a $11 million bonus in September.

Instead, the Kraken committed to Driedger as their top goalie … for now. The 27-year-old had a breakout season for the Florida Panthers last season, posting a .927 save percentage, which ranked fifth among qualifying goalies.

Driedger, who was scheduled to be an unrestricted free agent, signed a three-year deal worth $3.5 million annually with Seattle during the exclusive negotiating window, a source said.

Backing up Driedger will be 25-year-old Vitek Vanecek, who was selected from the Washington Capitals and 24-year-old Joey Daccord, from the Ottawa Senators.

The Kraken’s strength is on their blue line. Besides Giordano, the Kraken selected Vince Dunn from the St. Louis Blues. Larsson and Oleksiak both agreed to new contracts with Seattle before the draft show. Oleksiak’s deal is worth $4.6 million per season through 2025-26, making him the Kraken player with the longest contract.

The Lightning were one of the hardest-pressed teams against the cap, and left Seattle several strong options, including Ondrej Palat, Alex Killorn and Tyler Johnson, a Washington native. The Kraken selected Gourde, who will begin atop the depth chart as Seattle’s No. 1 center.

One of Seattle’s more surprising picks was from Columbus. The Blue Jackets were widely speculated to take center Max Domi or regular defenseman Dean Kukan. Instead, the Kraken selected little-known defenseman Gavin Bayreuther, who played only nine games with Columbus last season.

The Kraken will open their season on October 12, visiting the Vegas Golden Knights — the NHL’s 31st team, which began play in the 2017-18 season. Seattle opens their home — the Climate Pledge Arena — on Oct. 23 against the Vancouver Canucks.

The entire 2021-22 NHL schedule will be released on Thursday on ESPN.

Giannis Top 10 Plays From The 2021 NBA Finals 🏆
What Are The Philadelphia Flyers Doing!?
Reacting to the news that the Trail Blazers have rejected draft pick offers for McCollum | The Jump
Peach Jam 16U Boys Championship – Team Why Not vs. Drive Nation – ESPN Broadcast Highlights
HIGHLIGHTS: Vancouver Whitecaps FC vs. Houston Dynamo FC | July 20, 2021