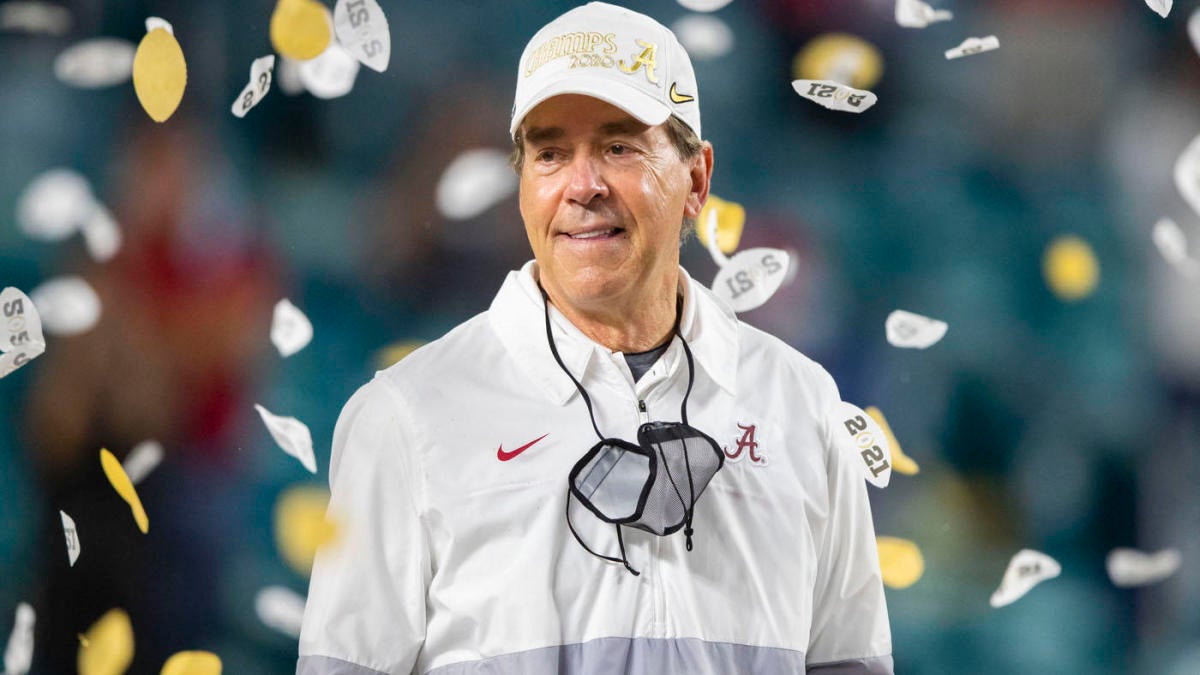 As vaccination numbers across the United States continue to fall, the White House’s efforts to immunize people is transitioning locally. Governors across different states have floated everything from $100 savings bonds to free beer as an incentives for getting jabbed.

Alabama, meanwhile, is turning its attention to Nick Saban. The Wall Street Journal reports Saban is the headlining name on a PSA set to run next week on television, radio and social media, where he will endorse getting the COVID-19 vaccine. The seven-time national championship-winning coach is coming off his sixth at Alabama and is easily the most recognizable man in the state. He won’t be alone, though. The Journal also notes that Alabama senator and former Auburn coach Tommy Tuberville, SEC commissioner Greg Sankey and Auburn basketball and NBA great Charles Barkley will be among those in the campaign, too.

The Journal transcribed a portion of Saban’s recording as saying, “College football fans and players both want full stadiums this fall. Let’s make sure we can safely make this happen by getting vaccinated. Please get your COVID-19 vaccine. We want Bryant-Denny Stadium loud again this coming season — and Roll Tide!”

Alabama AD Greg Bryne said in March that the university planned to have a full stadium in the fall. As of May 6, however, the state has lagged behind the national vaccination averages. Just 33% of the population has received a shot and 25% are fully vaccinated. That’s 12% and 8% below the national average, per the CDC.

Vaccine hesitancy, or flat-out refusal, is a focal point of these more localized moves just as the U.S. is projected to hit a supply/demand wall in earnest. Who knows, maybe all it takes is Nick Saban.