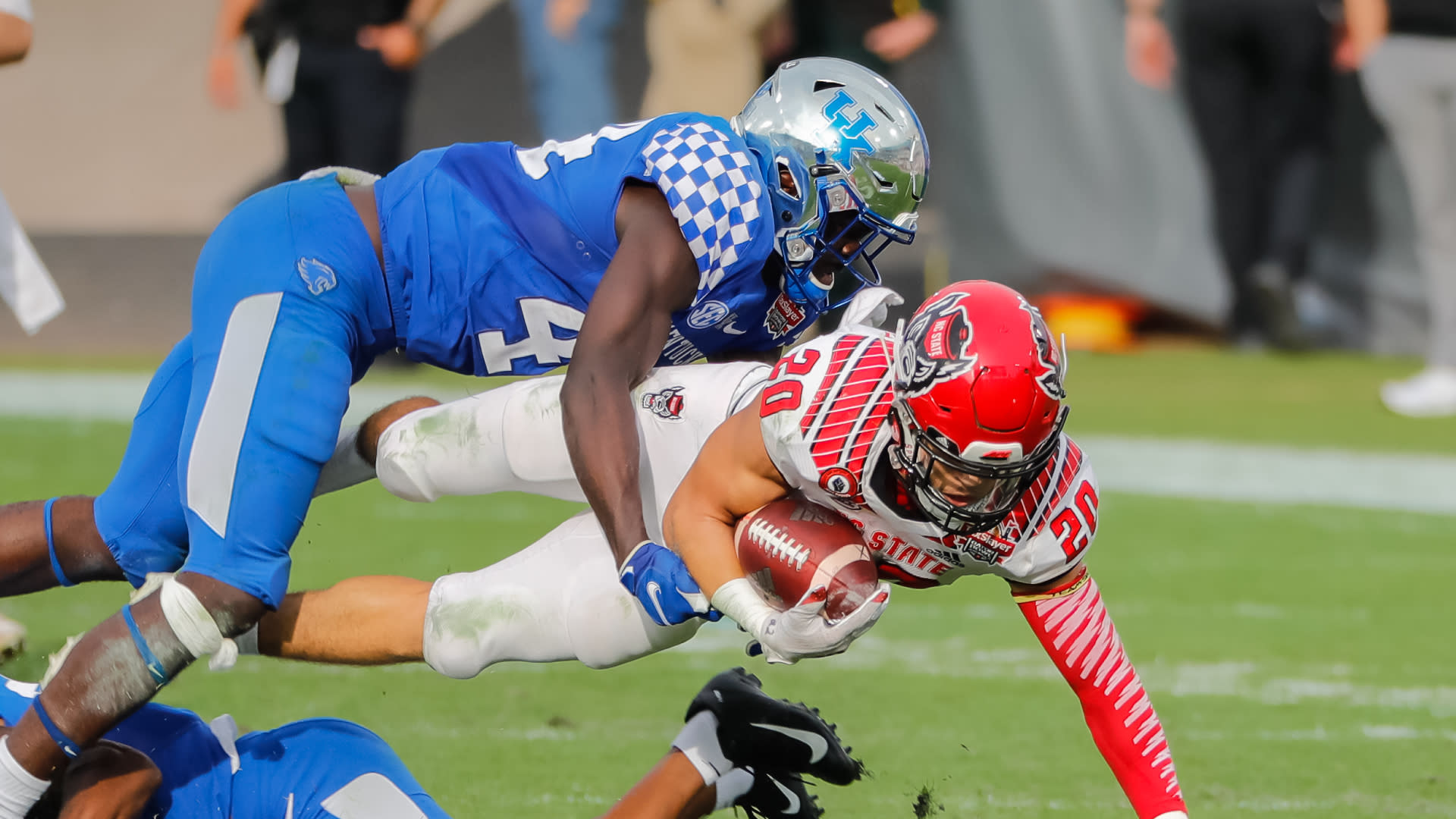 Linebacker Jamin Davis’ meteoric rise up NFL Draft boards prior to being selected 19th overall by the Washington Football Team is just the latest in a long line of top defensive picks out of the Kentucky football program.

Davis follows in the footsteps of first-round linebackers Bud Dupree and Josh Allen, both of whom played under Wildcats head coach Mark Stoops, who has been leading the program since 2013.

After Davis’ selection by Ron Rivera and the Washington front office, Stoops offered up a personal scouting report for fans excited to watch his latest first-rounder.

Needless to say, he is expecting big things.

“Jamin’s got so much upside, so talented. It’s well documented, but he got better each and every week this year. You know sometimes it’s a coaching cliché to talk about getting a little bit better every day, but Jamin is truly that guy,” Stoops told NBC Sports Washington for an upcoming episode of the Washington Football Talk podcast. ”Every day he was in here he worked so hard on the field, off the field, he spent time studying film, he does everything he needs to be a great player. You all are going to love him. He’s going to be a great player there for a long time.”

The linebacker stepped up in a number of big situations for Kentucky during the season. Stoops pointed to interceptions against Tennessee and in their bowl game that highlight Davis’ range and athleticism.

Davis has a reputation as a tireless worker who will be an excellent fit in Rivera’s locker room. But he’s also a talented athlete and Stoops couldn’t keep himself from gushing about his former players’ upside.

“The big thing is, number one, he still has so much upside,” Stoops said. ”You see the terrific athlete that he is, he’s explosive, he can move, he’s got very good length. But he’s also very versatile. He can play a lot of positions. And that’s a big thing. And outside of the football player, just a great locker room guy. Every organization needs great people, and Jamin is a fantastic person.”

That’s music to the ears of fans in Washington. Explosive athlete, versatile and a great culture fit. What’s not to love?

Some fans might be wondering if Davis was so great, why did it take until relatively recently for him to move up draft boards? For Stoops, there’s an easy answer.

“Just the opportunity,” Stoops said. ”You know some guys just need game reps and we were quite confident going into the year that he would have a big year. And I think that’s the biggest difference is just him getting that opportunity, getting those snaps, and he made the most of it.”

As a first-round pick, Davis will continue to get plenty of opportunities in Washington.