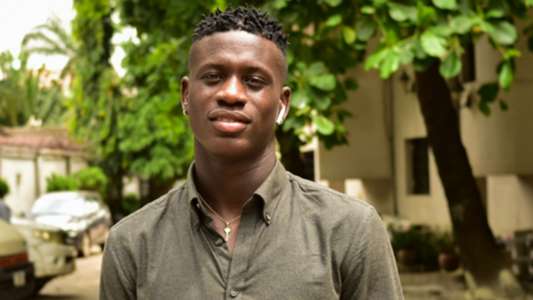 Hapoel Ra’anana secured a 3-2 victory over Hapoel Umm al-Fahm with Peter Olawale and Bede Osuji among the goalscorers.

In Tuesday’s Liga Leumit relegation play-off, the Nigeria youth international and his compatriot got a goal in each half to power Eldad Shavit’s team past the visitors.

Having failed to win any of their last three fixtures, Ra’anana welcomed Avi Sabag’s side to the National Stadium Ramat Gan – with the ambition of picking all maximum points – which would enhance their survival chances.

Four minutes into the encounter, however, they took the lead courtesy of Guyana international Emery Welshman.

Their advantage was doubled through Nigerian winger Osuji in the ninth minute as he converted from the penalty spot. That was the 25-year-old’s first goal for the Israeli outfit since he joined them from Slovenian side Nova Gorica.

Umm al-Fahm had their opportunities but their attacking forays met strong resistance from the hosts’ defenders.

A minute into the second half, Olawale extended the lead for Shavit’s men. After controlling a pass from a teammate, the 18-year-old scooted through the visitors’ backline before sending the ball past goalkeeper Tomer Livitanov.

Not willing to go down without a fight, Umm al-Fahm fought back and pulled a goal back through Levan Kutalia in the 52nd minute.

Needing a goal to ensure that the game finished on a no winner, no vanquished note, they continued their pouring attack, albeit, they were unable to get the much-needed goal. Consequently, they returned home with heads bowed low.

With his latest effort, Olawale has now scored seven goals in 13 league games in the ongoing 2020-21 campaign.

Yes! We did it against Hapoel Umm al-Fahm although we almost bottled our impressive start towards the end of the game. To my wonderful fans, I can feel your love for me and I promise to keep scoring for you. 🇳🇬💕⚽️

“Yes! We did it against Hapoel Umm al-Fahm although we almost bottled our impressive start towards the end of the game. To my wonderful fans, I can feel your love for me, and I promise to keep scoring for you,” the former Tripple 44 Academy star tweeted.

Hapoel Ra’anana take on Kafr Qasim in their next outing on Friday before travelling to Hapoel Kfar Shalem on May 14 for their last game of the season.