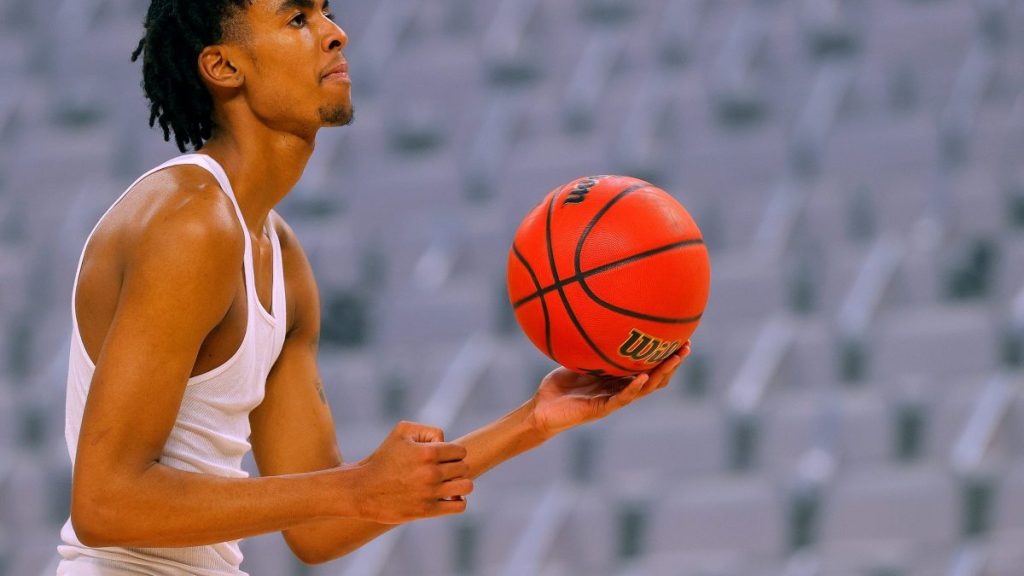 Top-ranked 2022 recruit Emoni Bates has backed off his commitment to Michigan State, according to Tipton Edits.

Bates originally committed to Michigan State on June 29, 2020, over offers from DePaul, Florida State, Kentucky and Michigan. The 6-foot-7, 185-pound small forward is now expected to consider other opportunities from the collegiate and professional ranks.

The Athletic’s Brendan Quinn reported in March that Bates is expected to skip college and seek the “most lucrative deal the G League can muster” before entering the NBA draft. However, it remains to be seen if that is the route Bates will ultimately decide on.

Many of college basketball’s elite programs opted not to recruit Bates with him making the jump into the professional ranks right out of high school a likely option for Michigan native, who has drawn comparisons to Kevin Durant.

“Extremely thin but has great length for such a skilled player. Plays with strength, though, and doesn’t avoid contact,” 247Sports’ Jerry Meyer said in his scouting report of Bates. “Quick twitch athlete who moves feet well and is quick off the floor. Elite three-level scorer. Has deep range off catch or dribble. Can score in a multitude of ways.

“Handles well, has plethora of moves and can attack either direction. Has a feel as a passer. Dangerous offensive rebounder. Good defensively when focused. Has defensive versatility. Elite, elite prospect.”