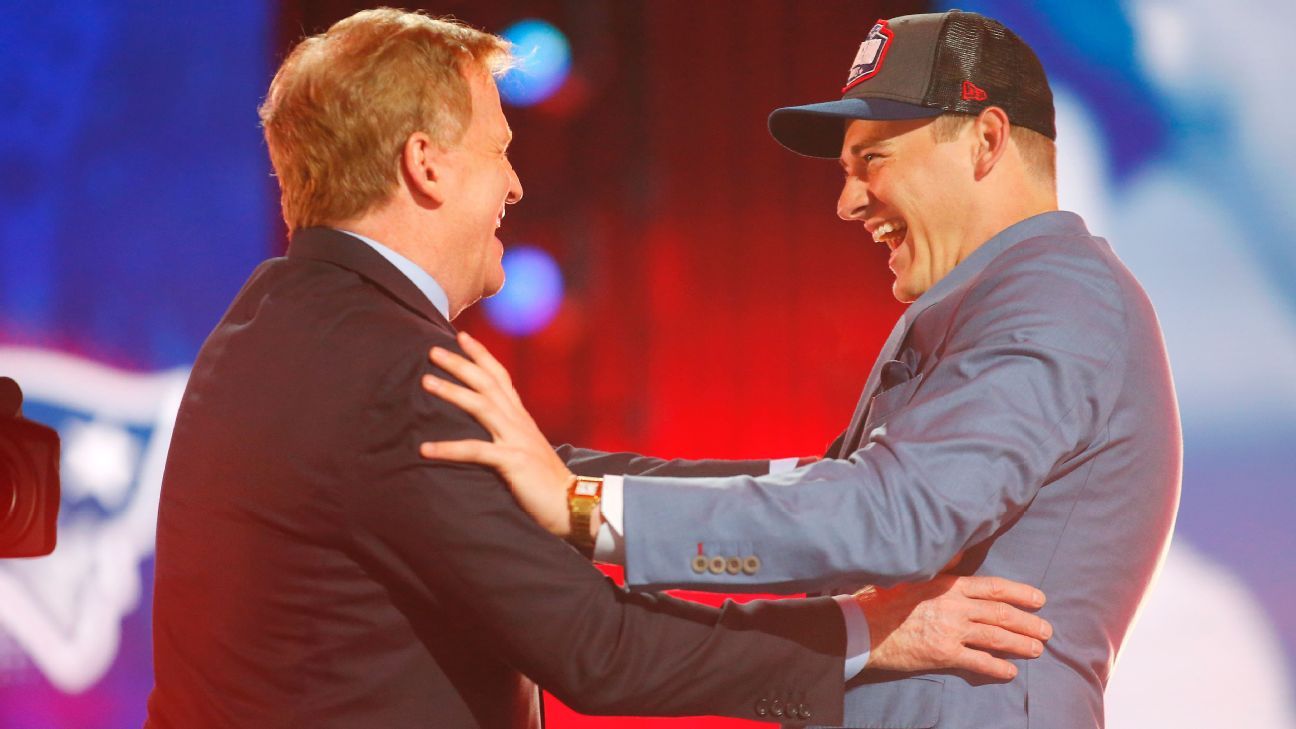 The Patriots entered Thursday not knowing if they would have a chance at Jones, who had been widely rumored to be a top candidate for the San Francisco 49ers with the third overall pick. But when the 49ers selected North Dakota State’s Trey Lance, it opened the door for a Jones-Patriots pairing, especially after the Chicago Bears traded up to No. 11 to select Ohio State quarterback Justin Fields.

Jones was asked on the ESPN broadcast what the roller coaster was like as he had to wait until No. 15 to be selected.

“It was fine, I mean you just sit around and wait and I’m just so blessed to be a part of a great organization and it’s not really where you get picked, it’s what you do with the opportunity and that’s what [Alabama] Coach [Nick] Saban told me so I’m just gonna follow that,” he said.

The 6-foot-2 and 217-pound Jones entered the draft after his redshirt junior season, and didn’t make his first career start until late in 2019 when Tua Tagovailoa was injured. He then beat out five-star freshman Bryce Young for the starting job in the summer of 2020, going on to throw for 4,500 yards and 41 touchdowns to help Alabama win the CFP National Championship.

Jones played his best in the highest-stakes game, going 36-of-45 for 464 yards and five touchdowns in the title game against Ohio State. That set career highs for completions, attempts and passing yards.

Jones, whose accuracy and decision-making are considered top assets, totaled just four interceptions last season while completing 77.4% of his passes (an NCAA single-season record). He was one of Alabama’s permanent captains in 2020, and graduated in three years with a 4.0 GPA in business communications and earned a master’s degree in sports hospitality.

One of the questions some in the NFL had with Jones is how much he benefited from having NFL-caliber talent around him, with receivers DeVonta Smith and Jaylen Waddle and running back Najee Harris.

The Patriots, who went 7-9 last season and missed the playoffs for the first time since 2008, have returning starter Cam Newton, 2019 fourth-round pick Jarrett Stidham and practice-squad player Jake Dolegala at quarterback.

The Patriots selected quarterback Tony Eason with the 15th pick in the 1983 draft. Eason, Dwayne Haskins (2019, Washington) and Marc Wilson (1980, Raiders) are the only quarterbacks to be selected in that slot.